Looking Back, Going Forward Together

This series on the Latina/o Theatre Commons explores the origins, journey, challenges and the future of Latina/o theater in America. We invite you to contribute to the conversation. 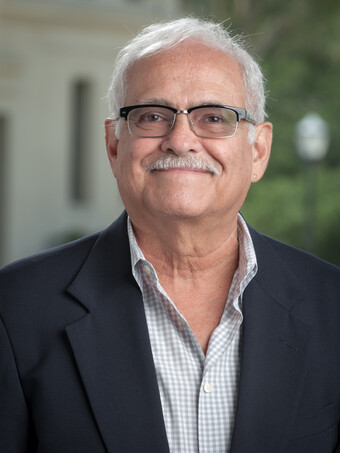 As a theater historian I am often asked “What is the state of US Latina/o theater today?” I look forward to this and many other questions, which will be explored, debated, and discussed, at the Latino Theater Commons National Convening October 31-November 2, 2013 in Boston. Although I believe “you can’t know where you’re going if you don’t know where you’ve been,” ultimately this convening will be about the future—where are we, as individuals and as communities going?

This Convening will be a historic event: the first of its kind since 1986, when Latinas and Latinos from throughout the United States and Puerto Rico gathered in San Antonio to discuss issues that are still of concern. Funded by the Ford Foundation and other Texas state and local agencies, the “National Hispanic Theater Conference” was attended by 130 people, bringing together theater companies, funders, producers and independent artists.

In plain terms, these people were just about everyone involved in Hispanic theater, from community-based companies to the leading companies of the day, many of which are still in existence today. As I look at the landscape of Latina/o theater today, all I can say is, how times have changed!

To the people who could not be included, I want to emphasize that this only the beginning. Further, as demonstrated in national census figures and recent political campaigns, we are not going away. As the Chicanas and Chicanos of the 1960s and 70s proclaimed, “We didn’t cross the border; the border crossed us!” And so it was. But now as we unite in common goals and aspirations, we can look forward to supporting one another for generations to come.

I hope that interested individuals will view the proceedings on HowlRound TV via livestreaming at their computers or they might organize “watch parties.” People in Miami, New York City, Chicago, Dallas, and Los Angeles can participate in satellite sites and offer their comments, questions, and concerns to the folks in Boston. From raggle-taggle troupes performing in the fields and on the streets, to satellite communications, we’ve come a long way baby!

To the people who could not be included, I want to emphasize that this only the beginning.

As the Programming Committee members created the program narrative I was reminded of “the Three Double-u’s” of improvisation: “Who are you, where are you and what are you doing?” These questions can be raised in terms of the past, present, and (especially for this Convening) the future. Early Chicano and Nuyorican theater was built on improvisation; the performers finding their voices through collective efforts leading to a dramatic or satiric commentary on their social status.

Politics trumped “Art” for these activists, working-class young people who wanted to bring about social justice for their communities. Street theater was the norm because there were few venues accessible to these political troupes.

Latina/os and other marginalized people were barely gaining access to higher education and if they did enroll in a college or university, it was not to study something as esoteric as theater. But political theater called to many of these students and others, and thus these early practitioners became the inspiration for many of today’s theater artists, producers, administrators, and scholars.

While Chicana/o and Nuyorican theater efforts were in their infancy, we must not forget that there were Spanish-language theater groups on the Eastern Seaboard (and elsewhere) that were producing Spanish golden age classics as well as contemporary plays in Spanish from the Iberian peninsula, Mexico, the Caribbean, Central America, and Latin America, where there are rich histories of theatrical production.

One could say that the street theaters were usually composed of people who were untrained in theater of any kind, with little knowledge of the plays from the canon of Spanish-language dramatic literature. On the other hand, many of the Spanish-language theater artists were expatriates and/or political refugees who had left a professional career in their homeland.

In 1965 there were no plays in English in print by and/or about any of the Latina/o communities in the U.S. And aside from a handful of dissertations and Master’s theses, there were no scholarly studies of contemporary Latina/o theater and performance. Again, how far we’ve come in terms of theater companies, published and produced plays, articles and books! As I reviewed the histories and the literature, I often wondered what a visual “Timeline of Latina/o Theater and Performance” would look like. Which brings me to the following:

Participants will come prepared to post notes and images on a banner; events that express what they consider “Highlights in Latina/o Theater and Performance.” This continuum will be on a large paper banner taped on one wall of the meeting room. In preparation for the opening session Juliette Carrillo and I will fill-in some of the most significant highlights, beginning in 1960 and continuing to the present.

Five-year periods will be posted along the top of the banner with room below for people’s contributions. During the entire convening people will be able to add more highlights, creating what will be the first such “history” of its kind in one space. I visualize a “rebozo,” the iconic shawl, reflecting the participants in an almost protective way just as our mothers protected us in our infancies. We are like a rebozo, composed of many colors and threads: Indigenous, African, European, and Asian—all bound to one another as we weave our way to the edges and beyond. We hope that these visual reminders will inspire and motivate us as we discuss, question, and go forward in a spirit of unity.

Can't wait to hear what wonderful things will be coming out of this gathering!

Looking forward to working in the spirit of unity! Thank you for putting this convening into perspective, Dr. Huerta. You are right. This is "just the beginning." Abrazos maestro...