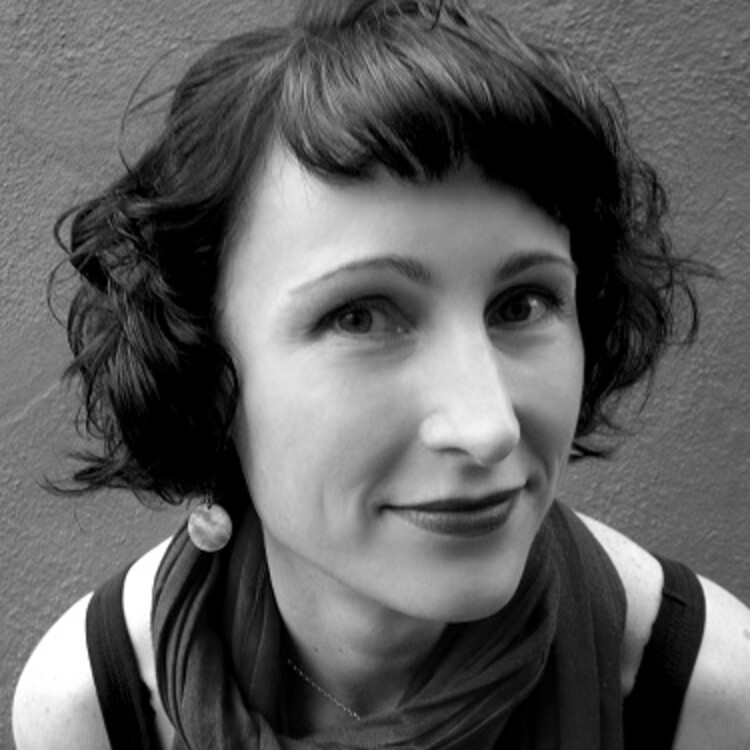 Peter Nachtrieb is not only a multiple-award-winning playwright and Humana alum with productions all around the country, not only a wickedly funny writer (and actor) with a knack for trenchant satire—he’s also one of the 14 playwrights serving a three-year residency under the Andrew W. Mellon Foundation Playwright Residency Program. Nachtrieb has been in residence at San Francisco institution Z Space, where his enthusiastic participation in the company’s daily life has yielded benefits to the company and the larger creative community. He’s attended artistic staff meetings, written end-of-year “ask” letters for donations, and assisted in planning company events. He’s also overseen programming for the company’s second venue (a black box theatre named Z Below), brought new writers to the attention of Z Space artistic director Lisa Steindler, and launched a weekly writing salon for local playwrights to gather and work in the supportive company of their colleagues—using some of his Mellon funds to provide coffee.

During all of this, Nachtrieb also had his first NNPN rolling world premiere, with his dark political comedy The Totalitarians. The play traveled from Southern Rep in New Orleans to Woolly Mammoth in Washington D.C. (where it was directed by fellow Mellon resident playwright Robert O’Hara), and then home again to Z Space in San Francisco. Due in large measure to the support of the Mellon residency and Z Space, Nachtrieb was able to attend rehearsals and performances at all three stops—an opportunity, as you’ll read below, that he found immensely valuable.

As San Francisco’s Mellon residency producer, charged with documenting both Nachtrieb’s Z Space residency and Andrew Saito’s residency at Cutting Ball Theater, I wanted to explore what the NNPN process had been like for Nachtrieb, especially as inflected by his being in residency at one of his NNPN theatres. Inspired by the original HowlRound series “Playwrights, Rewrites, Multiple Productions” produced by Thea Rodgers and Emma Weisberg, I interviewed the very smart, funny, generous Nachtrieb about his three-city tour, different regional responses to comedy, and the joys of fake blood.

Laura Brueckner: How did the different creative teams influence the development of The Totalitarians?

Peter Sinn Nachtrieb: Something that was particularly special was that my first creative team was established before there was even a [producing] theatre. The play was commissioned through Full Stage USA, a program of New Dramatists, and a partnership with the National New Play Network (NNPN). So for the first couple years, development was at New Dramatists, where some of the early artistic collaborations were established, namely with director/dramaturg Ken Prestininzi and amazing actress Judith Hawking. We did three workshops over two years at New Dramatists with some fabulous actors, and always with Judith and Ken.

At the same time, I started sharing drafts with the NNPN membership. I had a pretty raw and fun first draft, and I met with four different theatres to chat about it. They all had very different takes on the early draft, and different approaches, which was really exciting and fun to chat about… aaaand it also made me decide to wait another draft before committing to a lead theatre—the one that does it first. I felt like I had some more exploring to do.

After the next draft, Southern Rep and Aimée [Hayes, Southern Rep Theatre’s producing artistic director] seemed like a great choice for the lead theatre. Then, I showcased the script at a NNPN conference, and Woolly [Mammoth Theatre Company] joined in. Then Z Space—my resident theatre and not an NNPN core member—came in.

Aimée was part of the final workshop at New Dramatists. And she was willing to take Ken and Judith to New Orleans with the show for the first production—which was awesome, because two of the people the show had begun with got to be there all the way to that first production. We already had a vocabulary and feel for the piece.

At Woolly, for the second production, nobody had been involved in the play’s development—completely fresh eyes. It was my first time working with Robert [O’Hara, Andrew W. Mellon playwright in residence at Woolly Mammoth and OBIE Award-winning director] or anyone in the cast, but it was immediately a positive inquiry into the piece. It was really great to hear the play in different lips with different rhythms.

Laura: Do you recall early feedback from the Southern Rep and/or Woolly productions that ended up being helpful?

Peter: I think Robert being a playwright gave me lots of space to explore. I am a heavy rewriter, and really did look at the second production as another opportunity to dive into parts of the play I felt merited more exploration. Woolly gave me an extra "workshop" week at the top of the rehearsal process that I was able to devote to the script without feeling guilty about getting in the middle of the usual tight timeline of producing a show.

Woolly's stage and audience is also much larger than Southern Rep’s. The set was grand and totalitarian. Southern Rep's house was very intimate and very much in your face. That stretched the play; made it perform differently.

And finally at Z Space, I worked with Ken again, with a new cast. It was fun to have him look at the script after Woolly—he would ask me, "Why did you change this part?" Sometimes I would have a good answer. Sometimes I wouldn't.

But working with Ken, at my home theatre, I felt comfortable enough to work on some more chunks of the play I hadn't felt I’d quite grasped. I was able to get the relationship between the two male characters to a stronger place than it had been before. By the third opening night, I kinda felt like I might actually be more or less done writing the play.

Laura: Your NNPN Rolling World Premiere of The Totalitarians spanned three very different metro areas (Washington, DC, New Orleans, and San Francisco). What did you learn from the ways in which the play’s politics and humor were received?

Peter: All three cities enjoy a filthy joke. It was also the style of production, but each of the three had different levels of intimacy and heat and scariness.

DC audiences had some PTSD-like reactions to the play, as so many folks there work in politics and are well versed in the machinations of the political world. A few DC audience members who had worked on political campaigns told me the play re-hashed nightmarish memories of their actual work in the field. Overall, those audiences seemed very attuned to the language of the piece, in particular the political language, and I think many of them picked it apart intellectually; I was asked about my choice of the main political slogan, “Freedom From Fear,” and where that came from (it was originally organic, but turned out to have been used in a major way by FDR, which I later incorporated). “Why Nebraska?” was also a big question. “Why Lieutenant Governor?” was another.

New Orleans audiences, I think, also have a very cynical view of politics, but more from a bystander's perspective; they generally hold a history-supported view that all politics is crooked and absurd. The Totalitarians world seemed to work well in that climate. A few audience members asked me if I had based the play on things that had happened in Louisiana. My own biases about audience were also upended when I watched what I thought looked like a conservative crowd eating up the bawdiness of the piece. NOLA audiences were hearty laughers and enjoyed the wickedness.

San Francisco has a unique combination of head and heart and filth that made them a great audience for the show. Satire plays well here, I think.

I also think that fake blood is quite enjoyable in all three cities. New Orleans had the most blood on the faces of the actors, and the biggest mess, mainly due to Judith rubbing it all over herself. DC had the most alarming blood spurt from a shoe and the loudest gun, and SF's final blood spurt was actually a showstopping moment. I mean, it was the "Defying Gravity" of blood spurts.

Laura: How did your existing relationship with Z Space as its Andrew W. Mellon resident playwright influence your NNPN Rolling World Premiere process?

Peter: I think that's why Z Space chose to produce the play. It was a way for Lisa [Steindler, Z Space’s artistic director] and Z Space to affirm their commitment to me as a playwright, right away. I was also able to contribute as a producer in addition to being a playwright—Z Space is a small enough company for me to jump lines a bit. So I was able to fund some important development and collaborative steps along the way—I used grant money to bring Lisa to both the NOLA and DC productions, I paid actors for three table reads, and I contributed to the SF housing expenses for my out-of-town director, Ken Prestininzi.

Laura: What’s one valuable experience you had during the NNPN Rolling World Premieres that made a significant impact on your process?

Peter: Well, it was obviously valuable to have three distinct production opportunities where I was able to continue to work the script, in full production mode, with very different and extremely talented collaborators. I should also add that the timing of my three shows was pretty ideal, with a few months in between each one.

The other valuable experience for me was learning about the elasticity of my work. I was able to try stuff out, and then change it for the next production—and see not only where different people can make fantastic discoveries with my play, but also where maybe I was being too ambiguous or unclear; where a production where I'm not around might go astray. I think I was able to make the machine more tightly wound that way, but still keep it inviting enough that different productions can find a home in it. 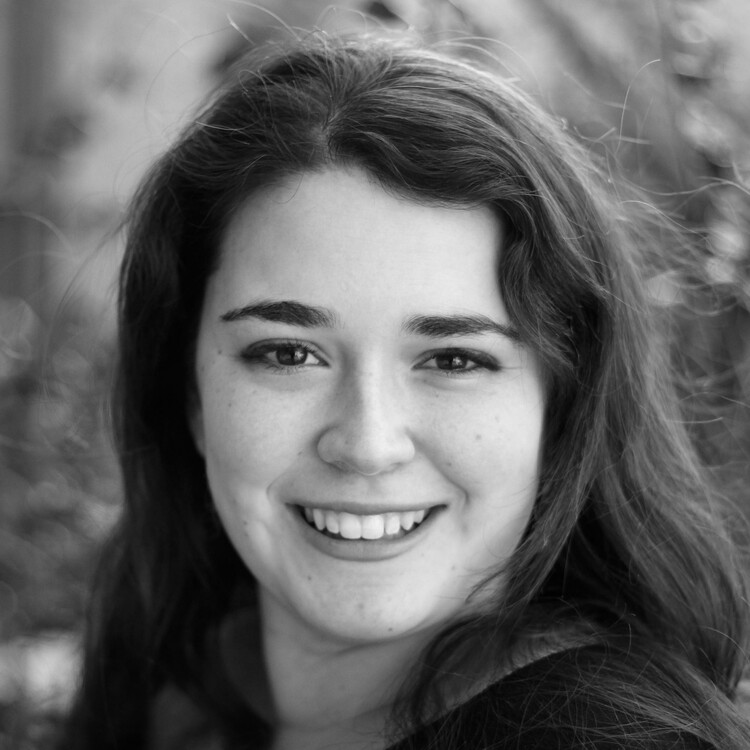 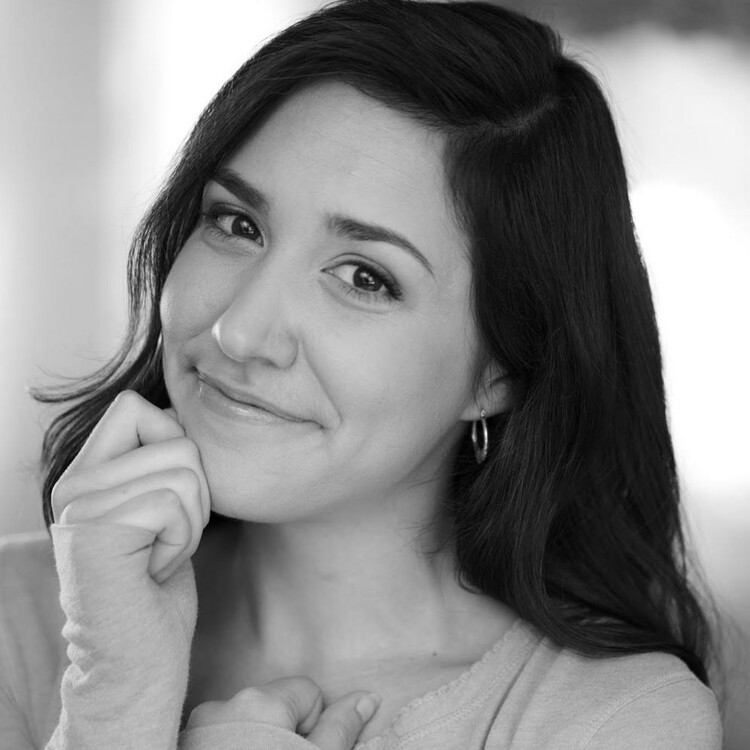 Thea
Rodgers
Thoughts from the curators