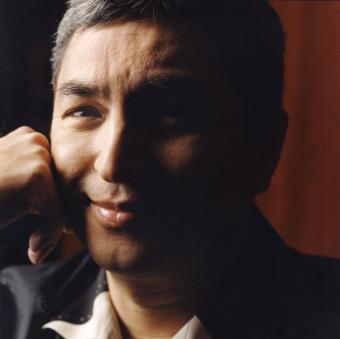 What you, Deborah Cullinan, have articulated in your beautiful essay on theatre in San Francisco is no less than a Portrait of the Artist as a City. It’s a powerful testament to the theatremakers in our town, and to all the elements that give this area its character. But your emphasis on inclusivity is even more fascinating, because it challenges us to train a wider lens on what this place is and who we are in it.

There is a long deep cultural legacy in San Francisco that we carry in our own work, and you mentioned some of them: Jack London, The Beats, Sam Shepard, Bill Ball and ACT, the Pickle Family Circus, Rhodessa Jones. It’s in the shadows of so many giants that we pursue our craft, but I take on that challenge with pride. Through my work with Campo Santo, Intersection for the Arts and you, I’ve learned so much about who we are by simply looking at our audiences. Seeing the lit-up faces of so many people from so many backgrounds with their stories to tell, I’m humbled that they give me time so that I may tell them my own. So I determined to move my focus from works set in my native El Paso to new works set in the City by the Bay. I waited until I felt like I’d earned my citizenship in the city, and that took almost fifteen years. With my first work to be set in the Marina District, I wrote Gibraltar. That opened the way for the next SF work, this time set in the Mission District, The Ballad of Pancho and Lucy, which was produced at Intersection with great glee. Now, I am writing two more works set in other parts of the City, and I am frankly still amazed at the riches that this place yields. But honestly, I shouldn’t be.

I’ve learned so much about who we are by simply looking at our audiences. Seeing the lit-up faces of so many people from so many backgrounds with their stories to tell

You didn’t shy away from mentioning how hard it is to make theatre in San Francisco. There are too many theatres that have come and gone in the last thirty years and too many fine writers, actors and directors who have sought their fortunes elsewhere. But it is arguably an even more vital scene today. ACT and the Magic Theatre have surged forth with landmark seasons and Intersection has found a new more spacious home and a renewed sense of mission. Smaller companies like Crowded Fire and Encore Theatre are defiantly producing powerful new works. And recently at an informal Playwrights Pub night, I learned of many new playwrights on the scene who are forging their own way. Artists just won’t give up on this town.

As for me, I’m grateful that I had the chance to develop my craft with the artists of Intersection for the Arts and Campo Santo. I don’t think I’d be the same person if I’d moved somewhere else. I’m happy as a theatre artist, but proud to be a San Franciscan.