Thoughts on a Residency in Progress

This is the first of a series of occasional reflections from Pearl Cleage, Mellon Playwright in Residence at the Alliance Theatre in Atlanta, Georgia. 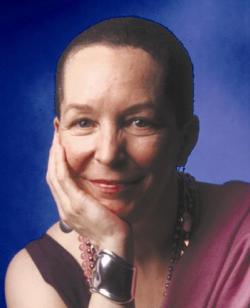 It’s been six months since I began my three year residency at Atlanta’s Alliance Theatre under the generous terms of a grant from the Mellon Foundation and I feel like I’m just beginning to catch my breath and recognize the challenges and possibilities of the next two and a half years. It’s complicated …

When I told my husband I was considering accepting a residency at the Alliance Theatre and confessed that I wasn’t sure how I felt about being an independent black playwright going to work at the big white theater, he said, you’re looking at this all wrong. “You’re a great American playwright going to work at a great American theater.” And I realized he was right, but what does that mean, day by day, hour by hour, minute by minute? More to the point is it possible to continue to be deeply rooted in and reflective of my own specific community in a place where every question leads to another one and every answer must be examined for contradictions, compromises and the dread specter of selling out. Forgive me. I’m a child of the Sixties. I still worry about these things.

Because I am living and working in the Deep South, many of the questions I’m bumping up against have to do with race. Still. Of course, there are lots of answers to these questions that grow from my lifelong work as a dedicated Black nationalist feminist and outside agitator. Most of these answers, honed over years of practice, are defiant, confrontational, combative, righteous, and judgmental, requiring a passionate delivery followed by a dramatic exit and a slamming door worthy of Ibsen’s Nora. These responses can be most easily understood in the context of those years when I was a member of the angry crowd gathered at the gates of big cultural institutions like this one where decisions were usually made in rooms full of hetero-defined, European-Americans who had no interest in experiencing, honoring, recognizing, respecting, exploring, or presenting the work of other hyphenated Americans, not of European origin and not hetero identified. These cultures include, but are not limited to African-Americans, Native-Americans, Mexican-Americans, Asian-Americans, gay, lesbian, bi-sexual, and transgendered Americans and so on.

Even my relationship with the theater where I am now happily in residence began forty years ago in just such a confrontational moment when the place was picketed by some African American actresses in Atlanta who were outraged that Cleopatra was going to be portrayed by a white actress, one more time. The fact that it was Jane Alexander was beside the point. After that, I left the place alone as much as I could, which wasn’t hard to do since they never responded to my inquiry about submitting a play for their consideration.

The standoff continued until my friend Kenny Leon became the Alliance’s first African American Artistic Director and offered me a commission. I immediately accepted. My husband, with whom I’d been running Just Us Theatre Company for ten years as Artistic Director, said if I accepted, it would be a betrayal of everything we stood for as independent artists trying to build alternative cultural institutions and that he wasn’t sure if he could in good conscience even attend the premiere. I swallowed hard and said I completely understood, but I was going to do it anyway because I was tired of having to raise the money, write the shows, maintain the building, sweep the stage, do the marketing, take the tickets at the door and if the box office was thin, pay the band out of our rent money.

I said there was no reason why I couldn’t work at the Alliance and continue to work within the universe of African-American theaters that had always been my home. I said I hoped he’d wait up for me and drink a glass of post-show champagne even if he couldn’t bring himself to be in the opening night audience. He said he would. He later relented and came to the opening, but the complexities of the moment were not lost on me.

That play, Flyin’ West, became the first of three I did with Kenny before I started writing novels and he left the Alliance and started doing Broadway shows. By the time I looked that way again, Susan Booth was at the helm and I had no relationship with her or with the place. But all that changed in 2009 when I sent her the script of my new play, The Nacirema Society Requests the Honor of Your Presence at a Celebration of Their First One Hundred Years, hoping for an Alliance production following the play’s premiere at the Alabama Shakespeare Festival, which had commissioned it. She said she’d love to produce it, and if I didn’t have a director, she’d like to take a crack at that, too.

This, of course, brought me up against the ghost of August Wilson who said a black play needs a black director, but Susan was excited about sharing the journey of the play and I thought we could work together on bringing it to life. On the practical side (because confession is good for the soul) she was also an artistic director with great resources that could be directed toward support of a playwright in whose work she took an interest. So I said yes and we had a great time in Montgomery and got to know each other a little better. The play was a commercial success for the Alabama Shakespeare Festival and for the Alliance, who ended up co-producing, and a creative success for me and for Susan, with whom I had discovered an easy working rhythm and a shared desire to speak honestly about how it felt to be working artists based in a city where the two main tourist attractions are the tomb of Dr. Martin Luther King, Jr., and anything to do with the slave owning Scarlett O’Hara.

The ghosts of white privilege and segregation are everywhere, even though many of us have no idea how to acknowledge them as the first step in exorcising them from the place.

Race is a complicated subject in America. In the American South generally, and in Atlanta specifically, race is a living, breathing, often silent, sometimes angry, almost always confused presence in most exchanges between black folks and white folks. We are still so busy wading through the aftermath of the Civil War and the Civil Rights Movement that we don’t always recognize the complex challenges the city’s current richly multi-racial population presents to all of us. To further complicate matters, the Woodruff Arts Center, the umbrella organization that hovers over the Alliance Theatre, the Atlanta Symphony Orchestra, and the High Museum of Art, took shape in the minds of its founders in the pre-Civil Rights era, so the ghosts of white privilege and segregation are everywhere, even though many of us have no idea how to acknowledge them as the first step in exorcising them from the place.

These are no ordinary ghosts who can be removed by burning a little Sage and turning three times counter clockwise. These are ghosts who are so deeply embedded in the history and fabric of this place where I now find myself embedded that I ignore them at my own peril. Which is why this residency sometimes feels so crazy. Which is why I’m just now realizing it’s a lot more complicated than simply receiving the designation of senior staff and buying a monthly parking pass. This residency will demand vigilance, patience, courage, compassion, and an unwavering commitment to telling the truth, the whole truth and nothing but the truth. I am up for the challenge and eager to share some stories from along the way. This is the first one. Watch this space for more, or less, or both, and give a listen to my soul serenade.

Recently, I had the pleasure of meeting you after you appeared as a member of the panel discussion, "Neil Asks, What is the role of live theatre in a democracy?" at the Alliance Theatre. Your comments were so insightful and this piece is even more so! As an emerging African American female playwright, living in Atlanta, I am so heartened by your residency at the Alliance Theatre. You are truly an inspiration! Thank you for all you do!

"The dread spector of selling out." Wow! This touched me deeply. Thank you.

Playwright Pearl Cleage shares her ritual at the groundbreaking ceremony for the Alliance Theatre’s new theatre space on March 30, 2017.