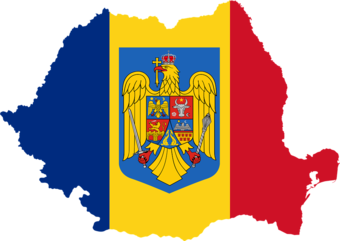 Theater management in Romania is strongly linked to four main aspects that give Romanian theatre its distinct identity while integrating it to the more general context of Central and Eastern Europe, together with the European cultural policy models developed after the Second World War: 1. The generous theatrical system built under communism; 2. The repertory theater organizational model, with the state as its main patron; 3. The arts management legal framework built after 2005; and 4. The independent theaters adapted to a project management logic and a “grant from grant” dynamics.

The communist legacy
As an ex-communist country, Romania inherited a large number of repertory theaters. They are subsidized mainly by the state; its artistic and administrative staff is employed on permanent contracts and have their own buildings with all production facilities available in-house. Even though independent initiatives were allowed in some countries (such as Poland or Hungary), in Romania all private theaters were banned after 1945. It was a form of ideological control, where the government, by funding the cultural institutions and its professionals, could influence its aesthetics and artistic messages. Many of the managerial and marketing responsibilities were handled by the Communist Party itself (such as ticket sales), and, as a result, theater directors had to balance political ideology with artistic aims. A good manager had to be a good negotiator, since their most difficult responsibility was to mediate the artistic views with the party’s requirements.

Even though after the fall of communism in 1989, the democratisation of artistic life gave an immense opportunity to accept new forms of expression and organisation, it also proved to be a serious challenge. In twenty three years of cultural democracy, only around twenty two private theaters have managed to function on a regular basis (the number can only be estimated since no official track is available).

The theater system is divided between public and independent theaters: the public ones—traditionally considered as institutions of public service—receive around 90 percent of their budget directly from the government (from central and local public authorities), while the independent ones only have access to a small percentage of public funds and are entirely responsible for their functioning.

This difference is crucial since it creates two distinct styles of management: one where the manager has to administrate a given budget... while the other has to secure the money needed for its modest organization from public grants

This difference is crucial since it creates two distinct styles of management: one where the manager has to administrate a given budget, a building, a permanent company and a large administrative staff, while the other has to secure the money needed for its modest organisation from public grants, or, in some cases, by adding a commercial dimension to its activity to support the artistic productions (e.g., bars and restaurants). The opposition is similar to organizational management vs. project management.

The Legal Framework of Arts Management in Repertory Theaters
Before 2005, when the first legal act regulating the public art institutions management was adopted, the managers of public theater institutions were selected according to the old communist methods: a competition was organized, but only for the sake of form—the manager was usually known in advance and was a political favorite. And, most importantly, it was an unlimited contract, meaning it was very difficult to change a director once the appointment was made. In 2005, for the first time, the selection of the manager was regulated by a clear and competitive procedure: after a non-partisan competitive process, the selected manager was hired on a fixed term contract of 3-5 years. This process also separates the manager from the category of public servants (the manager being one of the few theater employees who can negotiate his income, because, normally, the salaries are fixed by the state in Romania, since public theater is considered a public service). The act also compelled theater managers to professionalize themselves, leading them to specialize in a brand new field: arts management.

Theater managers had to learn how to write a project, to plan the theater’s activity, to formulate a mission statement, to build a repertory, to face annual and final evaluations, to project a communication strategy and so on. At the same time, public authorities were obliged to practice a more responsible relationship with the theater: they had to write the conditions of contract for the position of theater manager, meaning that it also had to stipulate an explicit cultural policy to be implemented.

In 2008 the act was readjusted in order to have an even clearer legal basis for the management contracts. The two versions of the cultural management acts (in 2005 and 2008) were also accompanied by a new legal framework for the public performing arts institutions that helped define their artistic and administrative responsibilities, together with those of public authorities.

But, with this top-down approach, theater management remained an imposed, formal and superficial professionalization, generating a system where the transparent legal framework was often corrupted by unethical practices. To give an example, it is a common practice to have the competitive managerial projects written by someone else, not by the candidates for the manager position (this practice, in fact, relegates the real arts management professionals to the background, doing a true disservice to the profession itself). Or, another example, since the manager’s financial management has no real impact on the subvention the theater gets from the state, one doesn’t see it as essential to perform a quality managerial act because there are no substantive consequences for bad management practices. In contrast to other countries that do not have a special law for public art institutions management, but who have firmly adjusted the managerial results to the evaluation process (like Poland), Romania focused on forcing the professionalization of theater managers in theory, while neglecting the realities of these institutions.

The Management for Independent Theaters
Independent theaters followed a different path: lacking the unconditional subvention allocated to public theaters, they had to adapt their management in order to survive. They became competitive in accessing public or private grants (European funds, private sponsors, public grants), in gaining visibility for their projects, paying attention to their audiences, getting involved in national and international cooperation schemes and so on. Without a legal framework to explain what they have to do, independent theater managers have reached an extremely high professional level, defying the obviously unequal treatment they receive from the government.

In 2005, the Administration of the National Cultural Fund (AFCN) was created, inspired by the Arts Council (UK) and the National Endowment for the Arts (USA), as the only body giving annual public grants (no multiannual public grants are available in Romania) to private companies in a transparent way. Even though AFCN recognizes the artistic and managerial achievements of private theater companies and most of its beneficiaries are private entities, it still does not eliminate the well established inequalities between private and independent theater: in 2010, the AFCN budget for theater projects (public and independent altogether) represented only 0.74% of a single public theater budget—the National Theater in Bucharest.

Conclusion
Arts management is a young field in Romania, having only recently been introduced to the vocabulary of theater professionals. Although the government paid great attention to legally regulating the domain and professionalizing public theater management and managers, it failed to adjust the unbalanced relationship between the state’s subsidies and managerial performance. On the contrary, deprived of all the privileges public theater enjoys, the independents companies’ management have proven to be more creative, more professional and more effective than their disproportionate number of public counterparts.

Notes:
(1) The model of repertory theater was consolidated by Stanislavsky and Nemirovich-Danchenko once the Moscow Art Theater was founded in 1898, a post Second World War model that was replicated all over Europe, as the state became the main patron for the arts and the cultural policy, as a domain, was born. But the main difference between east and west in Europe after World War II consisted not in the cultural mechanisms themselves, but the rationalities and the purposes for which the state decided to intervene in the cultural life. Dragan Klaić, Reform or Transition. The Future of Repertory Theater in Central and Eastern Europe, Open Society Institute New York, Amsterdam, 1997; (2) Dragan Klaić, “National Theater in the Time of the Withering of the National State” in Katarina Ćirić-Petrović (ed.), National Theaters and Nationalist Theaters, 12th International Symposium of Theater Critics and Scholars, Novi Sad, Sterijino pozorje, 2007.

How to Get Rid of Chairs
Iulia
Popovici
Essay

How to Get Rid of Chairs

Dilemmas of the Independent Performing Arts Sector in Romania

Reflections on the Temps D’Image Festival in Cluj

A report on the Temps D’Image Festival in Cluj, Romania, from the perspectives of “Surfing” fellows Sydonia Lucchesi, Sam Silbiger, and Taysha Canales.

The Status of Creative Freedom in Romania
Ioana
Tamas
Essay

The Status of Creative Freedom in Romania

Ioana Tamas discusses the status of artists in Romania, in this installment of the series leading up to the IETM Plenary Meeting in Bucharest.