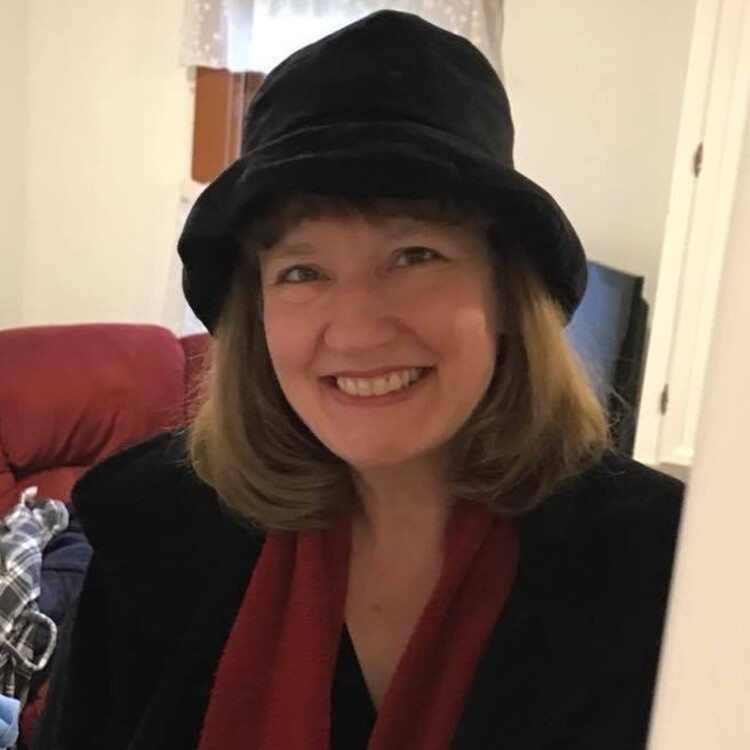 E. M. Lewis is the Playwright-in-Residence at Artists Repertory Theater in Portland, Oregon through the National Playwright Residency Program, funded by the Andrew W. Mellon Foundation. Find out more about Ellen's residency experience and learn about the impact of the program at large.

Thirteen Ways of Looking at a Play

E. M. Lewis is the Playwright-in-Residence at Artists Repertory Theater in Portland, Oregon through the National Playwright Residency Program, funded by the Andrew W. Mellon Foundation. Find out more about Ellen's residency experience and learn about the impact of the program at large.

Inspired by Wallace Steven’s poem “Thirteen Ways of Looking at a Blackbird,” I began thinking about the various ways I look at a play I’m writing, as I’m writing it. Every lens reveals something different.

1. The shape. When you search for the shape of your play, it’s not something you want to impose, but discover. It’s not a cookie cutter (stamp, stamp, stamp), but a seed... How do you grow naturally into your best self, little play? What is it you’re trying to be? The instructions are encoded in the seed, but how to read them in that tiny, tiny blueprint? Sometimes you have to set it in the sun a while, and water it, and weed around it. Tend to it. And as it becomes itself you’ll begin to understand the shape it was always meant to take. You don’t have to force it. Just keep writing, and keep thinking about it.

I remember Wallace Shawn’s smart and meandering philosophical exploration that is brought into just the right amount of order by the stages of a fancy meal in My Dinner with Andre. I remember Annie Baker’s community-center drama class; everyone gets more than they signed up for by the end of Circle Mirror Transformation. I remember maestro Luis Alfaro’s hand-drawn map of California and how he pricked his fingers during each performance, marking the towns of his childhood and the pain of his father’s passing with his own blood in St. Jude. 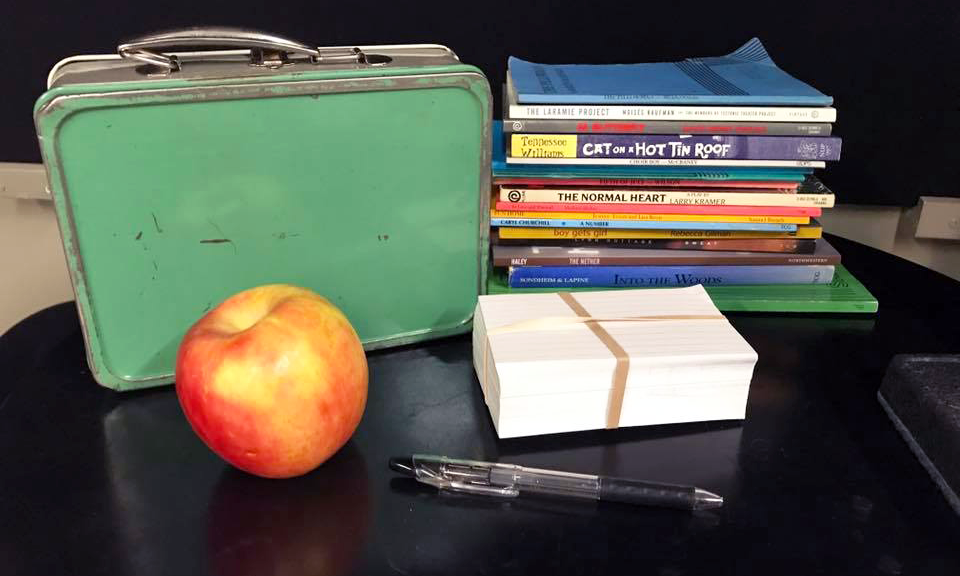 2. The question. What is it that the people in this story are trying to figure out? (If you already have the answer when you start writing, you should probably write an essay, not a play.) More often than not, my questions about life, the universe, and everything become my characters’ questions. My imaginary friends help me figure out the things I’m incapable of figuring out by myself. I have a million ideas. My brain is seething with them all the time. But the ideas that become complete plays are the ones where the question is both big and urgent.

3. The want and the need. Who wants what? How badly do they want it? What are they willing to do to get it? Is what they need and what they want the same thing or are they two different things? You’ll know the story is over when the characters get it or in some final way don’t. Jiehae Park’s Peerless comes to mind, riffing on William Shakespeare’s Macbeth but set in the cutthroat world of college admissions. What would you do to get in? Would you do anything?

When I’m watching a play, I don’t require characters that are likeable. (What is likeable?!?) I want characters who feel passionately enough about something to take action. That’s what makes me lean in.

The ideas that become complete plays are the ones where the question is both big and urgent.

4. The stakes. “Always mortal!” I tell my students. The stakes in your play should always be life or death. This isn’t one I ever forget. Mortality always beats its wings against my windows. But it doesn’t just have to be death of the body we’re talking about. Death of the heart, the soul, the spirit, the dream are just as worthy of dramatic exploration. There is ’Night, Mother by Marsha Norman, with the gun in the drawer, but also Choir Boy by Tarell Alvin McCraney.

I remember when the student in my class from the middle of nowhere, who never spoke without coaxing, read Choir Boy and then stood up and told the class what it was about with such passion that everyone sat back in their chairs amazed, because he had been invisible, and then he read that story, and he wasn’t invisible anymore. He wasn’t alone anymore. He wasn’t the only one anymore. He had a voice to raise and his own music to sing.

5. The world. I prefer tools to rules, generally speaking, but one of the few rules I do give when I’m teaching is “no couches.” It’s not that they’re bad, it’s just that they’re boring. I want you to take me somewhere when I’m watching a play! Build a world that is rich and specific! Bring on the naked vulnerability of Richard Greenberg’s baseball play Take Me Out, or the rough desperation of the bar room in Lynn Nottage’s Sweat, or the house that Sam Shepard built in Curse of the Starving Class, where the refrigerator is filled with artichokes, the door gets busted in, and there’s a live sheep in the corner.

6. The weather. When the world is real and three dimensional, it comes with coats and umbrellas and sometimes sunscreen. Look out the windows of the house you’re building and figure out how what’s happening outside and what’s happening inside are connected. Sometimes, like in my play Song of Extinction, the story will end with butterflies fluttering down across the bed of the character who is crossing over. Sometimes, it’s butterfly weather—and the story isn’t about becoming extinct after all, but about becoming.

I prefer tools to rules, generally speaking, but one of the few rules I do give when I’m teaching is “no couches.”

7. The music. Sometimes this is literal music, like the choirs built into McCraney’s Choir Boy and Lucas Hnath’s The Christians. When I saw the Yiddish Fiddler on the Roof on Broadway last year, I began weeping the minute the fiddler backed his way onto the stage and I’m still not sure why, but the music was working on me. In Lisa Peterson and Denis O’Hare’s beautiful adaptation An Iliad, the Poet is not only in conversation with us, the audience, but also with a musician/muse throughout.

8. The music (2). The voices of the characters are the first music I listen for in any play. How do these people talk? Who are they and what is their vernacular? What words do they have at their disposal to express themselves? Every character has their own dictionary shaped by their upbringing, culture, education, specialty, personality, and so many other things. What stops them from saying what they need to say and how do they figure out how to say it anyway?

I remember when I was little, visiting my grandparents’ house, and my Norwegian grandfather-of-very-few-words left three perfect purple plums on the kitchen table for my grandmother, and I knew by her smile what they meant. Sometimes three plums means “I love you.”

9. The music (3). How does the play itself sing? Is it full of Pinter pauses, each one filled to the brim with subtext? Do the characters speak their actions like McCraney’s Brother/Sister plays? Are we in iambic pentameter like in Shakespeare’s Hamlet or poetry-infused language like Margaret Edson’s Wit, rich poetic Pittsburgh vernacular like August Wilson’s Pittsburgh Cycle or fractured, aggressive, masculine, business-world banter like David Mamet’s Glengarry Glen Ross? Is our ability to communicate with each other at all in question, like in Julia Cho’s The Language Archive or Lloyd Suh's The Chinese Lady or Blue Kettle by Caryl Churchill?

10. The dance. How does the play move, and have you built room for its choreography? Plays happen in real space and time, and it behooves the playwright to think about how the characters are going to get from one scene to the next. It’s not just the director’s job. First, it’s ours. Is there a single detailed location for the action of the story, or several locations, or many? Do the characters step from one scene into the next or does the audience have to wait for someone to move the furniture around? (Please, God, don’t let it be one of those plays where they spend five minutes between each scene moving the furniture around in the darkness!) Does your main character step from one scene into the next, carrying us along with her?

I’ll never forget the play I saw in Los Angeles about infidelity, though the name escapes me, where the two cheating couples were always onstage, so if they weren’t participating in their spouse’s infidelity, they were witnessing it with us, the audience.

Even if the play is filled with ghosts and haunted by history, the action of it must be in the present.

11. The ghosts. What haunts your story? Sometimes the ghosts strut and fret across the stage like Hamlet’s father or Evan Hansen’s (supposed) friend. But other times, they shape your characters or prompt them to action. In Qui Nguyen’s She Kills Monsters, Agnes’s quest begins with the death of her parents and sister. In Nathan Alan Davis’s Dontrell, Who Kissed the Sea, the hero searches for his ancestor, lost during the Middle Passage. When are the actions of the main character himself what haunts the story? I’ll never tire of reading Tennessee Williams’s The Glass Menagerie.

12. The present tense. Even if the play is filled with ghosts and haunted by history, the action of it must be in the present. What happens on stage is exciting to the audience because it's happening right in front of them. The action is unfolding in real time. Nothing feels pre-determined. If the writing is really good, the audience has the sense that anything could happen. That’s why they hold their breath and lean forward in their seats and then sometimes leap out of their seats in jubilation, like they would at a football game, if they were the sort of people who went to football games. It’s because everything is in question and is happening now.

I remember trembling in my seat during Yussef el Guindi’s Back of the Throat and gasping during Edward Albee’s Who’s Afraid of Virginia Woolf? and The Goat and desperately turning the pages of Martin McDonagh’s The Pillowman, because I couldn’t wait to find out what happened next. 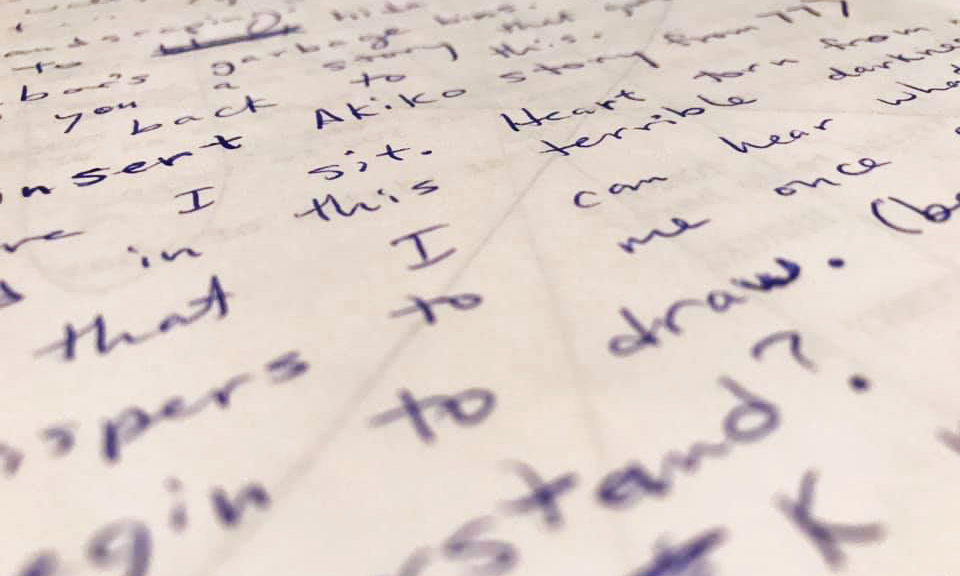 13. Skin in the game. For as long as I can remember, my dad has had a poem hung on the wall in his den, handwritten in beautiful calligraphy alongside a drawing of a man on a horse. The haiku is by Basho, and it goes, “A man, clip-clopping across the field. Oho! I too am part of the picture!” When you write a play, you’re going to be with it for a long time. Years, most likely, between the writing and the development and the production and (if you’re lucky) more productions. So what does this story mean to you? How much does it mean to you? Do you have skin in this game, as they say? Are you part of the picture? If you are, you’ll have the patience and endurance you’ll need to tell it to its conclusion and find it a good home.

Ellen: this is beautiful and personal and real. And I also had a Norwegian grandfather who was a man of few words. Thanks for writing.