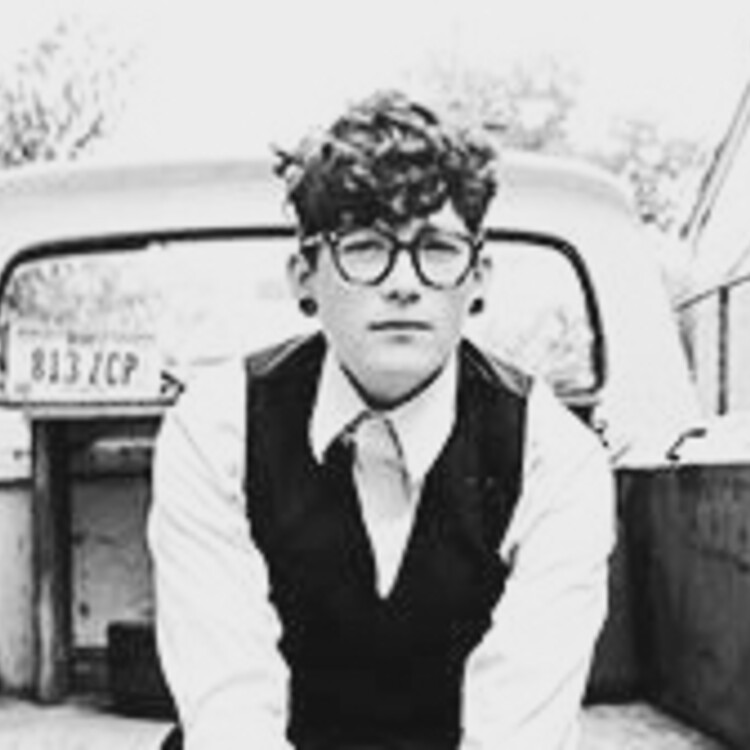 When I was asked to write an article about gender and queerness, I honestly wasn’t thinking very much about gender or queerness. These days, I think a lot about trucks, country music, and poor whites. My dad always listened to country music, and I pretty much hated it, until the year he first got sick with cancer. I went up to Rumford, Maine to work rehabbing houses for a friend. It was a dying paper mill city that smelled like hell and where the only radio station that came in was the country station. I was sort of forced to listen to it, but I started seeing myself in it, my family, and it kinda made me feel good. Why? ‘Cause sometimes I believe country music is just like Dorothy Allison’s idea of the Noble Poor—designed to make us feel good about being poor, and maybe that keeps us from being angry about being poor. This is not a pointless exercise. We all need relief as much as we need hard truths. Given my current obsessions, I want to wonder about where we arrive when we come to the intersection of class and queerness in the theater.

The last poor queer character I saw in a play was Naomi Wallace’s And I And Silence, a beautiful, hard piece that lives in a slightly otherworldly place just adjacent to naturalism. Before that, I saw Lucy Thurber’s Hilltown Plays, a gritty naturalistic world. The set of one of them, Scarcity, was exactly like my Grandmother’s house in Massachusetts. Realizing in that moment that I had never before seen, on stage, a naturalistic rendering of the world I come from was enough to make me weep.

I don’t want to write an article about how we don’t see enough of a certain kind of people on stage. We are all working within an unfortunate system that, for the most part, elevates the work that mirrors itself. Instead of talking about production, I want to write about the art that we are making, because we are artists making art, whether it’s produced or not.

In Poverty and the Poor, Dorothy Allison writes,

My family's lives were not on television, not in books, not even comic books. There was a myth of the poor in this country, but it did not include us, no matter how hard I tried to squeeze us in. There was an idea of the good poor—hardworking, ragged but clean, and intrinsically honorable. I understood that we were the bad poor.

What I like about this quote is that Allison points out that there is an acceptable rendering and an unacceptable rendering. The acceptable rendering doesn’t just come from the guilty privilege of the outside, but also the fear of being misunderstood from the inside. These two forces twist and turn around each other, and what gets erased is the complications of our lives and communities. What dramatic and powerful narratives are we missing when we, as writers, are too afraid to write authentically about our own communities?

This summer I went on Erik Ehn’s Silent Playwriting Retreat in West Texas. On the retreat, I read Stone Butch Blues for the first time, thanks to my friend and poet Sonja DeVries, who also introduced me to Dorothy Allison. One of the aspects of the book that really stood out to me was language around gender.

We queers have a lot of words for who and what we are, and these words are evolving at a fast pace. We ask a lot of our friends and loved ones to keep up with it all. Sometimes I get real exhausted by it, and I’m one of them. However, even this is part of the beautiful complications of our lives. In Stone Butch Blues the working class masculine dykes of the ‘60s used words that are now near extinct. We can’t tell the difference between “He/She,” “Bulldagger,” and “Butch.” The meaning of Butch, which we still use, has shifted again and again. If you’re butch then are you a lesbian? And if you’re a lesbian then are you not queer? We even think lesbian sex is totally different from queer sex. Is it, really? Maybe there’s just mild, sweet, queer sex and wild, aggressive, queer sex, and all of it’s kinda lesbian. The point is, one day you’re a bulldagger, and the next day you’re a trans-masculine genderqueer. Lost somewhere in the space between is something powerfully authentic, because if we cannot acknowledge our history for fear that it will destroy what are trying to be in the present, we’re not allowing for the wholeness of our being. We’re only painting the veneer. This is true of our larger queer social history, and of our individual gender histories as genderqueer and transitioning peoples.

“To resist destruction, self-hatred, or lifelong hopelessness, we have to throw off the conditioning of being despised, the fear of becoming the they that is talked about so dismissively, to refuse lying myths and easy moralities, to see ourselves as human, flawed, and extraordinary. All of us—extraordinary.” – Dorothy Allison

As queer artists we need to throw off the conditioning of being despised and refuse the easy moralities that see us simplify our stories and characters. I get frustrated by the way writers, within and outside of the culture, represent rural poor whites. Often there is a racist, uneducated redneck character that manages some homespun wisdom, in other words the wisdom that comes from being too stupid to complicate a situation. These characters are used for humor, or to distance and other racism from the more slick, veiled racism of the Northeast. We all know, in reality, human beings are more complicated that these simplifications. So I am not calling for a dramatic writing that is thoughtless to the politics, vilifies, and feeds the stereotypes, but rather a writing that deepens and complicates, that fearlessly explores, with love, play, and generosity the real drama of what’s fucked up about ourselves without relying on easy fallbacks.

Yes. And we have so many stereotypes that the characters we see are--in being the "unstereotyped" version of our stereotypes--or the exception to the rule--that it is a struggle to see authenticity of any sort reflected. Add in meta-narratives and irony and viewing is so often from a distance of what about us as humans intimately connects us. Our labels define us as free and constrict us as grouped, which is quite a paradox.

Yes! I love everything you said!