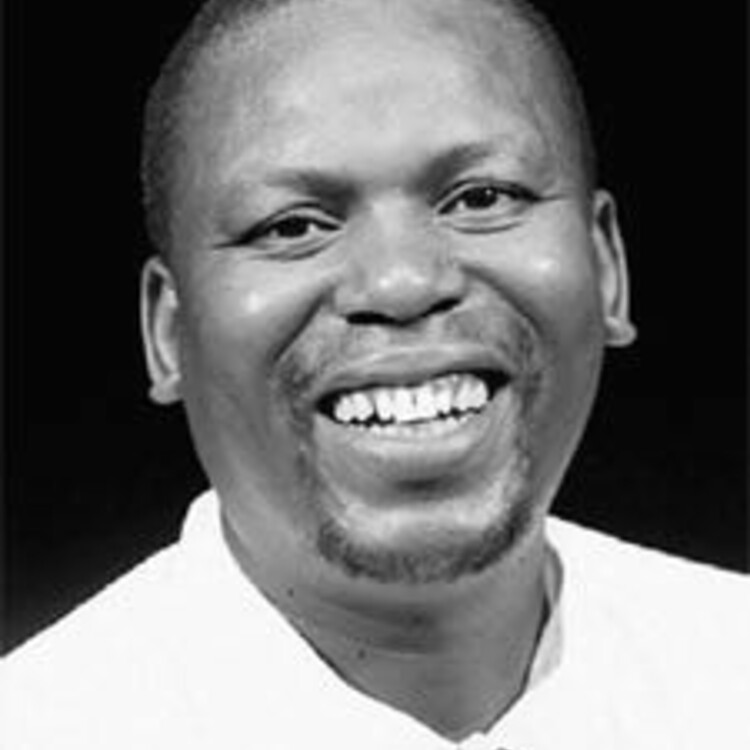 From the Village and Back Again

The Market Theatre in Johannesburg is a remarkable company. It was at the forefront of Protest Theatre in the seventies, eighties, and nineties. In South Africa today, theatre lacks the urgency it had under Apartheid. When Mandela came out of prison, it became clear that theatre doors were going to close—not because there was a lack of interest, but because in a way, Protest Theatre had to die at the hands of this new political reality. The Market Theatre suffered a lot in this new climate, but despite the challenges, a new generation of theatremakers emerged with very strong voices, and the company continues to make audiences think with socio-political plays.

When I arrived in Johannesburg at The Market Theatre as a young actor and creator, I saw a void. I saw loopholes. I saw challenges facing us young artists. There were no platforms for us to present work. There were no stories to tell. South African politics were paralyzing and caught us off guard. I started my own quest for new ideas. I watched almost every play in Johannesburg for two years. I found inspiration in overseas companies like Black Mime Theatre Company, John Wright Company—both from England—and Theatre Taliepot from Reunion Islands.

When I was a student at The Market Theatre Laboratory, Dr. John Kani would come and give us advice and knowledge. In one of the sessions with him, he said in a loud tone, “There is no such thing as a new story. It’s how you tell it that makes it new.” Because I was young and had the energy of my youth, I wanted to prove his statement wrong. I went back to my rural community and lived with the people there. As my relationship with the community grew stronger, I got a sense that these people hadn’t changed with the times. Their stories, too, had remained where they started.

There was a time in our theatre history where a play without a white writer or director wouldn’t have international exposure. In post-Mandela South Africa, we now have our own voice, and that voice speaks truth about our country.

I formed my own theatre ensemble with a bunch of high school kids. There were thirteen of them: one lady and twelve guys. I brought text from the Royal National Theatre Studio in England, where I had just finished The Summer Acting Course and was excited to share new and fresh ideas from overseas. That process failed dismally. I came to understand that the villagers were trained in their village ways. They might not know the ways of the world, but they mastered the village. They were naturals—they didn’t need my colonial ideas. We went back to storytelling and physical theatre as they understood it. We felt more comfortable in that world because it connected us to nature.

In the end, we had the very first SiSwati play produced by The Market Theatre, thanks to Dr. John Kani and Lara Foot for giving me that invaluable opportunity. They originally saw it at the Laboratory Community Theatre Festival in 1998. Dr. Kani was Managing Trustee and Lara was Associate Artistic Director and Resident Director at the time. After seeing it, they commissioned it for a slot at The Market Theatre and that’s how l launched my directing career. The show was well received in Johannesburg and the cast was overwhelmed by its success. The Premiere of Mpumalanga Province at the time, Advocate Matthews Phosa, even gave us a Premiere’s Award for Excellence in the field of Art.

Around that time, young people in the community demanded opportunities and I became the bridge between community theatre (equivalent of amateur theatre) and the professional stage. I travelled the whole country looking for new work. One day, Lara Foot called and asked to collaborate with me. I took the opportunity and we adapted Zakes Mda’s novel Ways of Dying, which became an instant hit with the audiences. It was my third production at The Market Theatre, and at this point my career as an actor took flight. Since 1999, I have focused on acting, except for when the National Arts Festival commissioned me to direct Mooi Street Moves , for which I was awarded the Standard Bank Young Artist Award for Drama.

I never divorced directing, so my acting and directing got married for life. Dr. Kani sent me to co-direct a production of Jean Genet’s The Blacks at the Stockholmstadteatern in Sweden—a co-production between Market Theatre and Stockholmstadsteatern. It was a great eye-opening experience for me as a world player.

While touring Europe and America, artistic directors would meet me and propose future collaborations. There was a time in our theatre history where a play without a white writer or director wouldn’t have international exposure. In post-Mandela South Africa, we now have our own voice, and that voice speaks truth about our country. In 2002, I became the Associate Director of The Market Theatre, and in 2006, I left to become the youngest Artistic Director to date of The Windybrow Theatre.

In 2008, I did Ten Bush at The Market Theatre. I went to my village to research the story in Ten Bush, but I felt somehow I was betraying my people by importing their story to Johannesburg. I came in as an outsider, and left with the story as an outsider. When the show closed, I decided to go back to my village for good. I felt like a stranger in my own home. It was at that time I stopped doing theatre altogether.

It was only in 2014 that I started doing theatre for the villagers again. I was tired of touring; I needed something to rejuvenate my spirit. And I have found it now. The sad part is that nobody is interested in funding rural programs—we are no use to them.

This issue of value is something that we debate all the time. I know for a fact that theatre is a serious business with huge revenues. The directors of institutionalized theatres want to make a profit, which motivates the institutions to have a controlling hand shaping the play, like they would western work. But the nature of rural theatre is that it is ritualistic, and not modern at all. They can’t put a hand in it, which makes it difficult for them to appreciate its value. I did a ritual play this year called Crossing about how the nervous condition of a person can influence and drive people to think of death as the mightiest option. Traditionally, people in villages believe that life is associated with death, and that God gave them life to live so that when death comes, they may make a crossing. That, for me, is balance. In a ritual play one celebrates all the elements of life. It is scary and risky to commision such work because the ideas and concepts are foreign to the city eye. It’s uncomfortable not to be in control.

When I look back, I smile, because I have worked with the greatest: Malcom Purkey, James Ngcobo, Aubrey Sekhabi, Lara Foot, Helen Iskander and James Cunningham, William Kentridge and Handspring Puppet Theatre, John Matshikiza, Craig Higginson, and Dr. John Kani. I have done classics like Woza Albert!, Asinamali, Nongogo, and Sizwe Banzi is Dead, just to name a few. But for me, the future of theatre is here in my rural village. God is here, too.