What Farming is Teaching/Reminding Me about Playwriting and Theater, Part 2 | HowlRound Theatre Commons Skip to main content

Recommended
Devising Our Future
HowlRound Theatre Commons
Most Discussed
Designing Collaboration: In Search of a Taxonomy of Collaborative Methods
Emily McConnell
Most Watched
The Gathering from the CrossCurrents Festival
Wednesday 4 May to Saturday 7 May 2022
Upcoming
Livestreaming: International Exchange in a World Turned Upside Down
Sunday 22 May 2022
Essay by
Patrick
Gabridge
Farming and Theatre

What Farming is Teaching/Reminding Me about Playwriting and Theater, Part 2

In a three-part series, playwright Patrick Gabridge writes on how spending two seasons farming revealed a lot more than just how to grow vegetables.

A continuation of my (not quite) random thoughts about farming and theater.

Climate and soil matters. If you think global warming is a hoax, talk to a vegetable farmer pulling his hair out after yet another fucking record heat wave. Or when the entire basil crop dies off from basil downy mildew, a fungal problem that’s migrated up to New England from Florida over the past few years, thanks to conditions provided by global warming. All farmers pay attention to the weather; the smart farmers try to understand the climate, too.

In theater, it’s easy to mistake weather for climate. If I have a string of productions, I suddenly think the world has turned around and good things are happening all over. Or the converse—I don’t have a production for a few years, and I’m certain no one goes to plays anymore and no one wants to produce new work anymore and theater has become an artistic wasteland. Knowing the difference between weather and climate matters.

The quarter acre field we added this year has a soil problem. It actually has multiple soil problems. Due to poor tilling practices, there’s a layer of heavily compacted soil, 8-10 inches below the surface. It’s called “plow pan” or hardpan. Beneath that compaction is a dense layer of a sandy-clay combo that contains little organic matter. The plow pan prevents roots from reaching deeply into the soil, and it also prevents water from draining properly. The structure and chemistry are pretty messed up. For the short term, we could compensate by adding organic fertilizer and using raised beds. But without some serious intervention, it’s a bad long-term situation.

People interested in creating healthy theatrical communities need to develop that same sub-surface understanding of where they live. 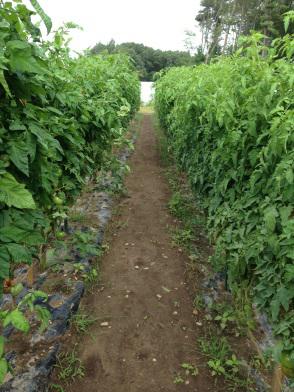 Our cities and towns, our communities, are the soil for our theater work. Some have lot of resources to grow companies and develop audiences. Others can enable bursts of theatrical activity, but the roots remain shallow. Companies sprout fast and die off just as fast. Farmers have to be willing to examine what lies beneath the surface of their fields, to understand the hidden structure necessary to sustainably grow crops. People interested in creating healthy theatrical communities need to develop that same sub-surface understanding of where they live. And find ways to engage in long-term fixes, if the communal soil is too shallow to support deep roots. 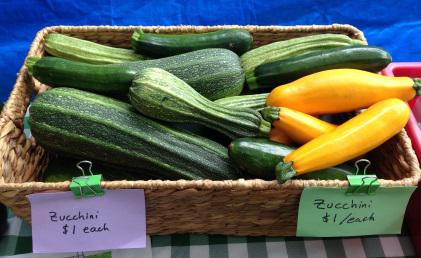 It is possible to plant more seeds than you can tend. This is a big problem for beginning farmers. The land is just sitting there, waiting to be planted. And seeds are relatively cheap and plentiful. Every seed is a potential opportunity for harvest (and income). But guess what? Those seeds are going to grow into plants, which need to be weeded and watered and staked and protected against pests and disease. And there are only so many hours of daylight, and a person possesses only so much energy, no matter how much chocolate she eats or coffee she drinks. I saw first year farmers at our site this year completely overwhelmed by weeds. They literally could not pull the weeds faster than they were growing.

When it comes to theater, I’m a big fan of saying Yes. And this is actually not a beginning playwright problem, this is a mid-career problem—it is possible to say Yes to more projects than you can actually manage. The sense of possibility is so strong. No one wants to miss out on that big break. But those projects are going to grow, and there are limits to how much any person can write or manage.

Whoever told you that “if you just follow your bliss, the money will follow” was full of shit. Sometimes I want to get in my time machine and track down the person who said it for the first time, and punch him in the face. That line of reasoning is for suckers and mostly serves to make a whole lot of people doubt themselves and what they’re doing. They think: “I love writing plays/I love farming, but I can’t make a cent. I must be doing it wrong. Maybe this isn’t what I should be doing after all. Maybe it really isn’t my bliss. Because if it was, I’d be making enough to pay my rent/buy groceries/send my kid to college. Right?”

In my first year farming, I lost $2,400. In 2013, I netted a whopping $4,000. Look at Todd London’s book, Outrageous Fortune, to get a sense of what playwrights make. Most playwrights are lucky to make a couple thousand dollars a year. I netted about $2,000, after expenses, from playwriting in 2013.

The money probably isn’t coming. The sooner you accept that, the happier you’ll be and maybe you can get on with your work.

Playwriting
Most Discussed
Designing Collaboration: In Search of a Taxonomy of Collaborative Methods
Emily McConnell
Most Watched
The Gathering from the CrossCurrents Festival
Wednesday 4 May to Saturday 7 May 2022
Upcoming
Livestreaming: International Exchange in a World Turned Upside Down
Sunday 22 May 2022

100% agreed, Patrick. In fact, it's far more the case that if you're following your bliss, you're not going to be well paid for it.

I love the metaphor of the shallow roots. It is very worth considering the real conditions we choose to plant ourselves in. And I'm waiting for an explanation of the dollar zucchini. Where I'm from, once the zucchini hits you literally cannot give it away. Must be early/late season in that picture. I think there must be some wisdom in the annual zucchini glut for theater-makers. At a certain point, the flavor-of-the-month is just EVERYWHERE, oppressively super-abundant. It's important to eat as many of the flowers as you can! I don't know...I'm lost in this one. Truly appreciate these posts.

Thanks, Catherine. One of the advantages to selling at a farmer's market in the city is that people don't have their own gardens, so they're willing to pay $1 for a zucchini. (Especially one that's fresh and organically grown and local.) To link back to the theatre, receptiveness to our theatrical productions has to do with demand, scarcity, and quality.

As the granddaughter of farmers and a part-time theatre professional (full-time teacher), I really appreciate the connections you are making between the two worlds. Very insightful and useful information!

Love your wisdom. Thanks. When I ran my first theater it was with a man who grew up on a dry land cotton farm and never wore a shirt that wasn't made from a seed sack until he went to U. of T. and then to Yale on scholarship. When his parents, Texas dry-land farmers all their lives, visited us in our loft-living-theater in at the time totally untrendy South Slope, Bklyn.,mwhere we did my poetic plays for the neighborhood for free but paid our actors, they said, "oh, it is just like farming." They approved that our child was running around rehearsals just like their kids had run around the fields. And that at any time disaster or some rare blessing could strike.

I have often said that about that quote: "Do what you love, the money will follow." Other than what you've said, the biggest problem with it is that a lot of people doing what they love AREN'T EVEN GOOD AT IT. That's a problem that doesn't even begin to address the fact that even if you are, money doesn't necessarily follow.