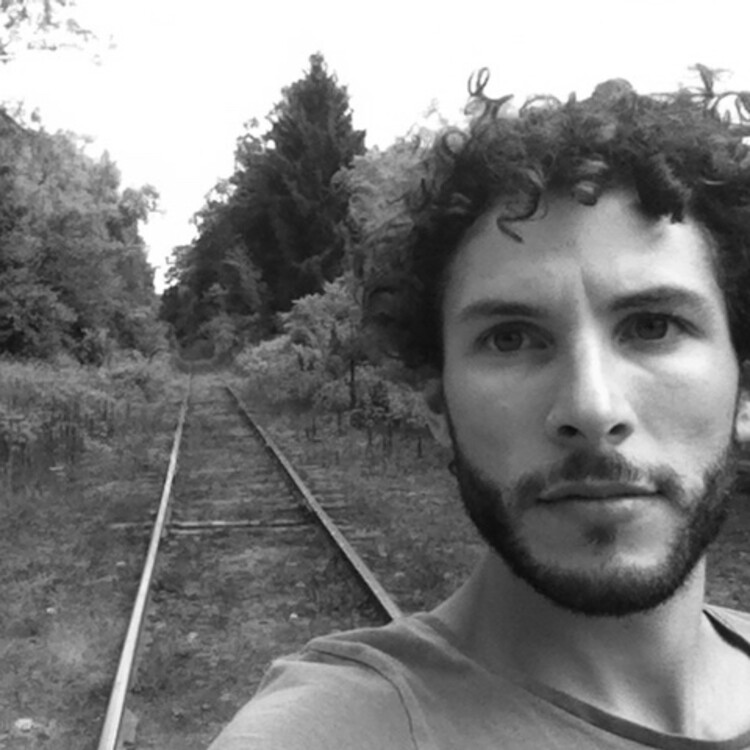 Jeremy
Pickard
Theatre in the Age of Climate Change

Where Is The Hope?

This week on HowlRound, we are exploring Theatre in the Age of Climate Change. How does our work reflect on, and respond to, the challenges brought on by a warming climate? How can we participate in the global conversation about what the future should look like, and do so in a way that is both inspiring and artistically rewarding? Director Jeremy Pickard leads one of the few theatre companies in the US entirely dedicated to eco-theatre. His educational program, Big Green Theater, created in partnership with the Bushwick Starr in Brooklyn, New York, is featured in this month’s American Theatre Magazine. —Chantal Bilodeau

Yes, information is necessary; many people still do not know or accept the facts about climate change. Yes, empathy is necessary; through compelling characters and stories, we offer essential alternative perspectives.

But in the face of global catastrophe, hope is key to positive change—real, tangible hope that empowers people to come together rather than burden them with weariness. Locating, communicating, and celebrating this sort of hope while making art on a topic as daunting as climate change is incredibly difficult, but without it, we risk passively holding a mirror up to nature instead of using the mirror to start a fire.

In the early years of Superhero Clubhouse, I often fell prey to the feeling of outrage as I learned the extent of climate change; thus, many early drafts of Planet Plays spiraled into despair. Now that I have replaced outrage with a more comprehensive understanding of climate change, I am determined to find hope in every project, and to make the hope present, active, and universal.

My work focuses entirely on eco-theatre. With my company, Superhero Clubhouse, I take a holistic approach to theatremaking where content, process, and production are connected to complex environmental problems. Our long-term project is a series of nine Planet Plays that examine the world in the context of climate change. Independently, the plays probe specific topics such as waste, water, and food, but when put together they form a new mythology for our changing world. Like all of Superhero Clubhouse’s eco-theatre initiatives, we construct the Planet Plays using three essential tools: impossible questions, limitations, and hope.

Early in the process of making an eco-play, after a dose of research, my collaborators and I generate an “impossible question”—one that is extremely difficult to answer, even for an environmental expert. For example, in EARTH (a play about people), our question is, “Should we have children?” This is a question that sparks a provocative conversation about overpopulation, but is impossible to definitively answer personally or communally. Allowing the question to be “impossible” steers my collaborators and me clear of didacticism and oversimplifications of science, and also leaves room for audiences to grapple with an environmental issue on their own terms.

After forming our impossible question, we place temporal, narrative, physical, and scenic limitations upon ourselves. For example, in our first-draft production of MARS (a play about mining), we told an epic story that spanned years and planets in a tight seventy-five minutes, in a LEED-certified performance space with nothing onstage but bodies and voices. These limitations were directly tied to the play's content and question, which were inspired by the history of Appalachian coal mining. Creatively pushing up against boundaries is nothing new; it's how most independent theatre artists make work, especially when confronting a small budget. But by re-appropriating the word "limitation" and using it in an environmental context, we are also experimenting with how people might use and respect precious resources in the world at large.

It is the third tenet of eco-theatre— hope—that is perhaps the most challenging part of our process. In the early years of Superhero Clubhouse, I often fell prey to the feeling of outrage as I learned the extent of climate change; thus, many early drafts of Planet Plays spiraled into despair. Now that I have replaced outrage with a more comprehensive understanding of climate change, I am determined to find hope in every project, and to make the hope present, active, and universal.

We are currently in the midst of creating JUPITER (a play about power), a duet inspired by Frankenstein and energy policy. JUPITER's protagonist is a young tycoon who overhauls the entire energy system on Earth before retreating to the planet Jupiter. His enforced vision promises to halt climate change, but demands costly sacrifices from all citizens.

We have formed an impossible question: "Should we impose radical societal change for the greater good?" And we have instituted several limitations: sixty-minute run-time, only two performers, only acoustic instruments, and (eventually) an entirely self-sustaining lighting design.

But as we develop our script and story, it is proving difficult to pinpoint the hope. Our protagonist needs humanity to succeed by pulling itself up by its bootstraps; but as the artists, in order to honor our impossible question, we need audiences to be left wondering whether or not—and to what extent—imposed environmental action is effective and ethical. Therefore, we need the character to fail, offering both sides of the power coin: positive progress vs. playing god.

Having an environmental policy expert as a creative collaborator helps our process by way of devil’s advocating. Jonathan Camuzeaux, who works at Environmental Defense Fund by day and as a musician by night, is stalwart when it comes to our environmental dramaturgy. As ideas snowball, Jonathan keeps us tethered to the facts. Because he is an expert in examining systems of change, and understands cause and effect at an economic and political level, he is not satisfied with simple solutions. He holds a global perspective on humanity that is neither fatalistic nor naive.

In all of our work, collaborating with environmental experts is a priority, and I find it helps with identifying real hope. Where I am an idealist, scientists are pragmatic, and often objective enough to challenge my ideas on the basis of research. Though it’s probably far from a “peer review,” the feedback I receive from my environmental collaborators is both challenging and constructive. Their ideas focus on how a shift in story or staging might better allow our impossible question to highlight a real-world conundrum, rather than how we can better sentimentalize the situation. I know few climate scientists who spend their grant money wallowing in despair; their presence in our process reminds us that to be curious is to be hopeful, and that our job is just to keep asking questions.

One big hope lies in humanity embracing the fact that the future is going to be rough. Theatre, if we choose to let it, can offer a safe place for communities to confront this truth, and to talk about climate change not as a bleak apocalypse but as a catalyst for the construction of a better world.

This is so exciting!

This is so exciting! When I was an undergrad, I designed my BA in environmental studies and theater, and actually called it "Environmental Dramaturgy." Nobody knew what the hell I was talking about! Such a thrill to see what folks are up to!