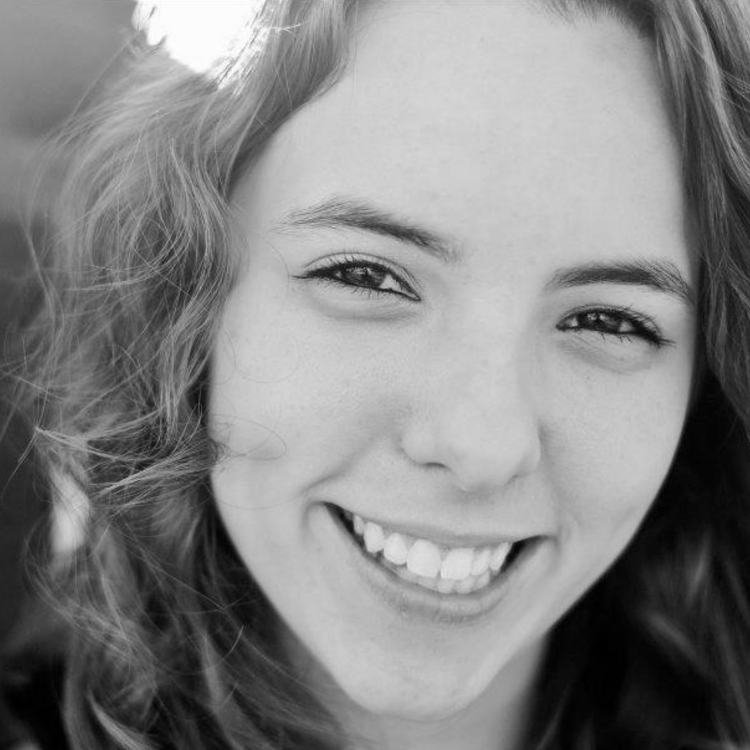 Working with Students to Reclaim the Revolutionary Roots of Czech Theatre

“Now let’s create an image of exclusion,” I explained to the classroom of young Czech teens. Silently, they arranged themselves into a landscape of frozen poses, working together to create a tableau based on their personal understanding of the word. Some students crowded around a kneeling student, trapping him as he reached out towards the others. A young man held another boy’s hands tightly behind his back while another student covered his mouth. A girl sat with her back to the rest of the group, eyes cast downward, utterly isolated. Then I asked them how they might change the image from one of exclusion to one of inclusion. Students impulsively began to adjust their forms. Some students shifted so that their linked arms that had previously imprisoned their classmate became an arch for them to walk through. A group of students who had been standing moved towards the isolated girl and sat on the floor in order to meet face to face. Clenched fists and crossed arms gently relaxed and were replaced with open palms and eager embraces. We don’t share a mother tongue, but through Theatre of the Oppressed techniques, my students and I were learning to dream in the same language.

In a school culture focused solely on achievement, we developed a pedagogy that veered into unfamiliar territory by emphasizing compassion and community above all else.

My first experience teaching in a Czech school gave me the unexpected opportunity to experience how theatre might be used to confront xenophobia. As part of a Fulbright scholarship, I had the opportunity to teach English at a high school in east of the Czech Republic. Unfortunately, within a month of arriving, I was a victim of multiple anti-Semitic incidents perpetrated by older male students. When the school leadership was made aware of these events, the administrators dismissed me as a “sensitive American,” and assured me that “boys will be boys.” When a number of students turned in English papers teeming with racist ideologies and neo-Nazi sentiment, even this behavior was protected by the administrators in the name of “free speech.” It was a rude awakening to discover that some of my fellow teachers were also expressing prejudice against the Roma people, refugees, and disabled individuals in the classroom.

My naïve assumptions crumbled as I realized that tolerance was not a universal value amongst educators. I had accepted the offer to teach in the Czech Republic because I believe that education can lead to greater justice and peace, but the leadership at this school made it clear that they did not share my goals. They explained that it was not their responsibility as educators to impact the student’s character, speak about issues of social justice, or interfere with the natural social climate of the classrooms—the school’s job was simply to help students pass exams.

As a young American with little Czech language ability, I was unsure what role I should play in combating xenophobia at my school, especially when the school leadership helped maintain such an environment. Thankfully during this time, a handful of exceptional Czech teachers emerged who privately offered support and gave me hope for change in Czech schools. Monika was an English teacher and the founder of the school’s youth theatre company—something of an anomaly for the educational system. In the Czech Republic, the arts are not a mandatory part of a high school education, and in fact, most normal schools do not offer theatre classes or extracurricular opportunities of any kind. Nevertheless, Monika unabashedly believed that theatre could tangibly counteract the negative aspects of this school’s culture and had previously directed several original productions. When she heard about my experiences of xenophobia at the school, she immediately believed me and invited me to lead the theatre company for the year. By using theatre, the tool I know best, she offered me a tangible way to resist.

It became increasingly clear that no change was going to come from the administration, so if there was any hope of productive conversations or true change at the school, it would have to organically come from the students themselves. We decided to institute two theatre workshops a week and, relying heavily upon the work of Augusto Boal, we tackled issues of injustice at the school in an embodied manner and facilitated the creation of a strong student community where open dialogue became the norm. Theatre of the Oppressed, which was created by Boal, draws inspiration from the work of educator Paulo Freire. This theatrical form has many branches including forum theatre, image theatre, newspaper theatre, and a wide variety of games. All techniques help facilitate social and political change and emphasize the power of marginalized communities. The administration saw a theatre club as a benign activity, but little did they know that through games and acting exercises, the very status quo was being challenged.

Our youth theatre company Underground Theatre stayed true to its name, drawing inspiration from the underground arts movement that flourished in the Czech Republic during Communism. In a school culture focused solely on achievement, we developed a pedagogy that veered into unfamiliar territory by emphasizing compassion and community above all else. For several hours a week, students from diverse classes and social groups gathered together to seriously commit to the radical possibilities found within theatrical play. Most of these students had no prior theatrical experience, and it was beautiful to watch them blossom from tentative participants to confident collaborators. We worked on building ensemble through the use of many games and activities found in Augusto Boal’s book Games for Actors and Non-Actors, as well as utilizing additional improv and devising techniques. The school’s leadership fostered a culture of disengagement from any issues of inequality, but through theatre, students were offered the opportunity to acknowledge injustice and learn to work collaboratively and empathetically towards change.

Theatre is currently serving as a tool of social change in the Czech Republic, but perhaps it is not being offered to those communities that might need it most.

The Czech people are no strangers to oppression, yet throughout their complex history, they have always survived and resisted through the arts. When the Communist regime controlled the minutiae of life, the theatre became a hub of revolutionary activity, though at times political messages had to be presented somewhat clandestinely. The theatre became a space where true counter-cultural community could develop and an alternative narrative could be presented. Vaclav Havel, a prominent dissident and the first Czech president following the Velvet Revolution, was himself first known as a playwright, and when the revolution occurred, it was first announced in the local theatres.

Though now a relatively stable democracy, the Czech Republic, like many other nations, is experiencing a rise in populism. Hate groups are growing in prominence and xenophobic rhetoric is presented more and more openly by politicians and common people alike. The theatre community, especially in large cities like Prague and Brno, is organizing and responding to this looming threat, often working in collaboration with local activist groups and community organizers. Divadlo Archa (Archa Theatre) is one such theatre in Prague that is particularly known for productions that critically approach social issues and use applied theatre techniques to create work alongside marginalized communities. Yet, there is undoubtedly a great difference between the liberal theatre-going audiences of Prague and the blue-collar Czech communities living near the Eastern borders. Theatre is currently serving as a tool of social change in the Czech Republic, but perhaps it is not being offered to those communities that might need it most.

Theatre is an underutilized resource for social change, especially in more disenfranchised regions of the Czech Republic, where there is little interest in and access to the performing arts scene of the capitol. The school system in this eastern region generally reflects more populist perspectives, passing on values and narratives that further perpetuate fear of the other and reinforce systems of oppression. There is, however, a growing minority of teachers that actively are attempting to resist xenophobia within the school setting by presenting multiple narratives, teaching critical thinking, encouraging free expression, and developing empathy. With more education and support, theatre could become a vital part of the amazing work that they are already doing with students and perhaps once again be a democratizing tool of dramatic social change in this nation.

Monika and I never did successfully cause the leadership of the previous school to become more accepting, but we realized it wasn’t entirely necessary. Our students in the youth theatre company, bolstered by their experience talking openly about injustice and working as an ensemble, began to organize for change on their own. They began to serve as examples for their teachers and when hateful rhetoric prevailed in the classroom, they have reported to us how they began leading their own theatre workshops to address the situation. They are creative and active, not waiting for the leadership to follow suite. By using Theatre of the Oppressed techniques, they are working together to solve concrete problems and to create an atmosphere of inclusion, respect, and justice.

'Theatre is a form of knowledge; it should and can also be a means of transforming society. Theatre can help us build our future, rather than just waiting for it.'— Augusto Boal

One year after finishing my Fulbright and staging a play with Underground Theatre, I began a series of workshops at another school in the Czech Republic. Sponsored by the US Embassy in Prague, I was invited to teach Augusto Boal’s Theatre of the Oppressed techniques to students and teachers. Based on my experience at the previous school, I was hoping for seven or eight teachers to show up, but much to my surprise, all the workshops totally filled up within days of their announcement. Teachers from schools all across the region were desperate for a way to confront injustice in their classrooms, and there was a growing rumor that theatre might just be the sought-after solution.

Theatre has long been a force for change in the context of the Czech Republic, but perhaps now it is time more than ever to ensure that this tool is thoroughly accessible. As xenophobia and populism loudly echo across the country, schools remain vital centers of community life from which true societal change might emerge. Though the artistic, highly-conceptual productions in Prague are incredible and essential as well, it is imperative that theatre not be relegated to the realm of the elite. Perhaps what is needed to revitalize the relevance of theatre in the educational setting is simply a new approach. Theatre of the Oppressed is a method that taps into the rich tradition of theatrical activism in the Czech Republic and is particularly well suited for use in non-traditional settings, such as schools. Through my experience teaching theatre in the Czech Republic, I have seen first-hand how theatre can lead to real change and I believe that as this knowledge continues to spread, hope for the future will grow.

You may be interested in reading the book, "Prague 1989: Theater of Revolution, " (Columbia University Press, 1997). It is an amazing study of theater and revolution in Prague.