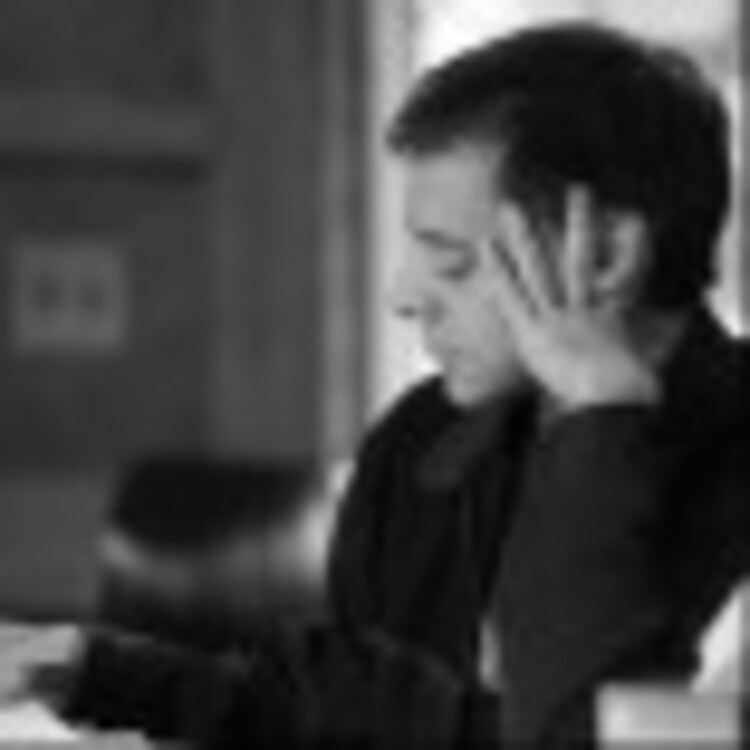 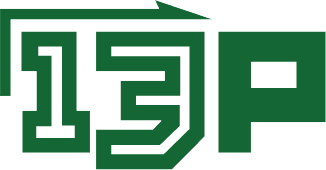 The documentary film A People’s History of 13P will soon be available on our website. It's intended to benefit future do-it-yourselfers who seek to take their artistic fates into their own hands. The film is not narrated by Morgan Freeman, but if it were, near the beginning he would say "...but really, this is a story about love."

I refer not only to a love of plays, which goes without saying, but to the story of the person I was trying to convince, back in 2002, to spend her life with me. She suggested, in no uncertain terms, that first I would have to figure out how to direct my anger into something productive. I tried to explain that all Emerging Playwrights are angry, because being an Emerging Playwright comprises watching my Emerging Play go from reading to workshop to reading to another reading, and so on, until I write the next one. This argument did not get me very far, so I tried to come up with a way to turn my anger into a force for good.

Ironically, the solution was to emerge that summer at the O'Neill Playwrights Conference—on the very ground where the growth of a new play through collaboration had stopped being part of the 2000-year-old practice called "rehearsal" and became identified as a new creature called "development." It struck me that the only way to demonstrate that plays can only grow when they are brought fully to life—because they are plays, after all, not radio—was to produce them. If a bunch of playwrights banded together, we could mount our work ourselves—quickly and cheaply, the way the companies that excited us were doing. (Once the idea gathered steam, one of the first things we would do was seek advice from these companies, like Clubbed Thumb and The Civilians.)

It struck me that the only way to demonstrate that plays can only grow when they are brought fully to life—because they are plays, after all, not radio—was to produce them. If a bunch of playwrights banded together, we could mount our work ourselves—quickly and cheaply, the way the companies that excited us were doing.

Where would the money come from? My day job was in nonprofit fundraising, and working for Mark Morris Dance Group I was learning about the arts funding environment in the city. Initially, though, we'd have to ask our friends for donations. This is why our strength had to be in our number.

I had met Madeleine George at the O'Neill, and when I told her about the idea, she brought Anne Washburn into the discussion. Almost haphazardly, we invited playwrights from our circles, including several who'd also been at the conference that summer. 13 playwrights showed up for the first meeting, and that's how we became 13 Playwrights, Inc.—13P for short. Our mission would be to produce a play by each member of the group. The playwright at work would serve as artistic director of 13P during the production of her play. At that first meeting, each playwright picked a production slot. I think having a "P number" made that production, which might be years away, more tangible for each of us.

Oh, and after the 13th play, we would implode.

Why a finite mission? Because we were not building an institution. No one would earn a salary from 13P. There would be no building, no office. We were pooling our energy in order to test a new way (actually an old way) of getting plays up, and proving their value. 13P was never really a company; it was a project in 13 parts. I knew that the strength of a nonprofit organization was in its mission.

And I was madly in love with the idea of a mission that could be accomplished. We would do this thing, and then say, "It is done." The simplicity of our mission, together with its finite nature, would turn out to be central to what made 13P attractive to foundation and government funders.

As the guy in charge of bringing in the money, there was less and less work for me to do in the last few years of 13P. I often felt like my main job was accepting compliments. One of the sweetest came from Jeffrey M. Jones, one of the patron saints of the entire enterprise, on the opening night of our 13th production. "Good for you," he said. "Good for you for letting it die."

It seems to me that 13P has given all of us a model that could be replicated in many cities. It's clearly a way out of that dismal development treadmill most playwrights find instead of production. Congratulations to all of you who made 13P work!

I've been so inspired by 13P. Thank you, not just for doing it, and talking about why, but opening up about HOW. Thank you thank you for that.

Great essay - thanks for being such an inspiration!

As I understand it, after three days, 13p will rise from the imploded and we will celebrate Easter.

In any case, Rob, I can't wait to see where you channel your anger next. You are angry again, right? I hold you in very high esteem for being a man of your word and a man of vision, undaunted by doing something bold and innovative. One of the coolest things about 13p was the permission not to seek commercial success but for each writer to choose the play she or he most wanted to see in the world. There was no committee, no ambivalence, just DIY. I find that not only generous but remarkable.