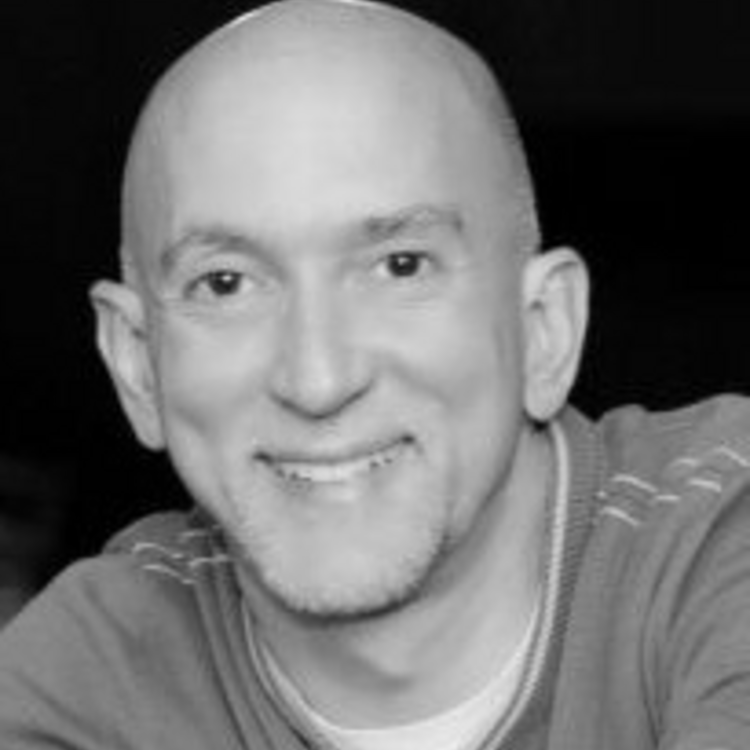 I was living in Seattle after having been appointed Artistic Director of The Group Theatre in 1996. Within days of my appointment, Seattle’s community of theatre practitioners, which make Seattle a fertile ground for work, showed tremendous support. I have fond memories of many inspiring theatre folks stopping by to talk theatre, share their stories, and in the process introduce me to an important roster of playwrights. Susan Finque, Lenore Bensinger, Rex Carleton, Talvin Wilks, Tim Bond, Valery Curtis-Newton, and Tlaloc Rivas gave me an invaluable education on the importance of keeping my ears cocked to the extraordinary voices of the American Theatre—the voices and stories by women and playwrights of color that had a hard time getting heard in some parts of the country, if at all. Conversations about the works of María Irene Fornés, Adrienne Kennedy, Carlos Murillo, Kia Corthron, Migdalia Cruz, Naomi Iizuka, Chay Yew, Rogelio Martínez, and Alice Tuan sometimes lasted into the night.

After cracking open that first page, the electric jolt from the prologue entered my body with such force that even today it’s difficult to describe that experience and its aftermath.

With the help of Tlaloc Rivas, The Group Theatre became a clearinghouse for hundreds of plays. We began to read the works of Cherríe Moraga, José Rivera, Nilo Cruz, Susan Miller, and many others. One day, Tlaloc Rivas asked me if I was familiar with the work of Octavio Solis. I was not. Within minutes, Solis’ El Paso Blue was placed in front of me. After cracking open that first page, the electric jolt from the prologue entered my body with such force that even today it’s difficult to describe that experience and its aftermath.

I read the play a couple of times, pausing to go back and forth and take in the given circumstances of the characters, and the timeline of Solis’ flawless storytelling—making notations in the margins, and imagining the music of Michael “Hawkeye” Herman being sung “from the gut.” A few months later, I attended a performance of the play directed by Rivas at the University of Washington. In performance the language had a classical grounding, but it was the play’s dramatic urgency that gave it its full throttle. I loved the play’s dynamic juxtaposition of the past and the present, but also its hybrid nature: a work of Shakespearean proportions by way of Sergio Leone and Sam Shepard. Its dark undertones, full-blooded protagonists thrown into a fatalistic quest and a myriad of themes exploring cultural identity, belonging, pain, raw passion, sex, fate, blood, feminism, self-hatred and spiritual transmissions (and literal ones)—all swirled together to give every page a distinctive pulse. What possessed Solis to create such a visceral world, yet one that I could see and feel so clearly?

Sadly, El Paso Blue went into the shelf of my heart—that place where the plays I long to direct reside. These are the plays I read again and again during the year for inspiration and to remind myself that the road to a production can be fray with frustrations and sometimes heartbreak. The plays on this shelf of mine all have something in common: they pulsate with life and possibilities. I see them as living organisms kept on life support by my never-ending hope that someone will listen and allow me to direct the wondrous worlds in these plays waiting to burst out.

Was I too close to the play and thus, the wrong person to direct it? Would my vision of Solis’ world accommodate the specific demands of the play’s narrative?

I moved back east and in every serious conversation I’ve had with artistic directors since then, El Paso Blue has always figured prominently. Over the years, my resolve and intent to direct the play somewhere/anywhere had sharpened, and yet, I was finding little traction or interest. Then the Latina/o Theatre Commons (LTC), under the auspices of Emerson College and HowlRound, had a historical convening in Boston in 2013. The organizers brought together Latina/o theatre artists from across the country. In that gathering, I came face to face with Octavio Solis. I didn’t share with Solis the line from the play that crossed my mind at that very moment, but it was Sylvie’s—“I can feel it. Fate toastin’ my old skin right off.” By the end of the convening, I had made Solis a promise that I would bring El Paso Blue out of the shelf and into a stage somewhere.

With a new plan of attack, I begged, I pleaded, I reasoned, I talked about the poetry in the language, about Solis’ important and powerful body of work, I discussed the themes of the play and their relevance to the times we are living in, all to no avail. In one last attempt, I went back to Hugo Medrano, Artistic Director of GALA Hispanic Theatre. I had argued in favor of producing El Paso Blue there for several years. Hugo had loved the play, respected Solis’ accomplishments across the country and wanted to give El Paso Blue a chance, but his concerns were related to the world of the play: its cultural specificity and the challenges of a classical story in a contemporary setting, El Paso, Texas, alien to Washington audiences. Once again, I appealed to his love of the play. He gave it another read and a week later announced: “I would like to include El Paso Blue in GALA’s 40 anniversary season.” My heart did a back flip. I remember e-mailing Solis from GALA and giving him the news. There is no bigger joy to a theatre practitioner than being given the green light to move a play from the shelf of the heart and onto an actual stage. But a week later, the elation and joy I had felt gave way to a crippling panic. Would I ever serve this important work correctly? Was I too close to the play and thus, the wrong person to direct it? Would my vision of Solis’ world accommodate the specific demands of the play’s narrative?

Two very important events helped ease the panic: First, LTC’s Carnaval of New Latina/o Work at DePaul University in Chicago. Octavio Solis’ Mother Road became one of the twelve plays showcased. Juliette Carrillo, a frequent collaborator of Octavio and the director of many of his plays, directed the reading of Mother Road—gifting me her clear understanding of the theatrical function of the chorus in Solis’ work. This gave me a path into the prologue of El Paso Blue.

Second, I asked Regina García to design the impending production. García’s process was my portal into the complex environment of the play and all of its elements. I would read the play on moonless nights when most of the action of the play takes place. In total darkness it’s difficult to make sense of one’s environment. There are no horizon lines and one’s vision and sight are impaired. Solis had purposely thrown the characters not only into the abstract world of darkness, but a world that I felt was upended. García met these demands with innate artistry and dramaturgical understanding. (The indispensable members of our team were: Christopher Annas-Lee, lights; Robert Croghan, costumes; Neil McFadden, sound; Marie Schneggenburger, properties; Jonathan Ezra Rubin, fight choreography; and Ed Oseroff, dance choreography).

The rehearsal process was a road of discoveries. When Alina Collins-Maldonado came to the first rehearsal and expressed her overwhelming happiness at being able to let China finally speak, she was expressing the collective sentiment of her fellow actors. It was transformative to hear Veronica del Cerro sing the songs acapella during the reading. The notes that came out of her during the old Spanish song came straight from Sylvie’s pain. Lawrence Redmond as Jefe brought a combination of bravado and dignity that I had never imagined in Jefe, while Andres Talero as Al and Bob Sheire as Duane seemed like a true extension of the other. As a pair they never failed to finish each other’s thoughts giving their interactions a vaudevillian spark. The two of them managed to elevate the quest at the core of the play to the epic level Solis intended. And Alina as China—with a polyglot of language and styles of speaking—became not only the spiritual guide of the quest at the heart of the play, but the voice of cultural understanding.

On opening night, as the play reached its dramatic crescendo, Solis takes us into the play’s classical denouement. I couldn’t help but to once again be jolted by the loud pulse of a play that has lived in my dreams and my heart for nearly two decades. In fourteen months and nearly nineteen years to the day I first read the play in Seattle, El Paso Blue had its regional premiere in the nation’s capital. I felt like El Paso Blue and I had crossed a finish line of sort.

dear jose y tu ensemble; glorious to read jose's brilliant and intimate tellng of his coming to Solis' play. A dream come true, a goal reached, an artistic milestone, a match made right here on earth. Thanks to GALA for producing this play, and for giving one of the most important theatre artists I know, that being Sr. Carasquillo, a chance to realize his vision of Octavio's play. Blessed be!!!

I had the pleasure of seeing the production when I was in DC during the TCG conference. LOVED it. Great job by everyone involved. Such a great reminder of the power of Octavio's poetry and such a sensitive and lovely treatment of the material!

Gregory R.,Thank you for commenting on the the production. Very glad you were able to stop by and see it during the TCG conference.

I'm so sad I missed this production! I'm sure it was incredible. Thanks for sharing the ride with us…

Juliette of the Spirit is that you?Thank you always for your support.

Saw the production at GALA and thought it a knockout! Great, mythic story populated with vibrant characters, it was truly theatrical (and sometimes meta-theatrical) in the best way! Reminded me a little of Shephard's "Fool for Love," but BETTER (clearer character motivations, lyrical storytelling, integration of music to delineate place and culture/roots). It deserves more productions - here's hoping other theaters take a look.

Larry,Very grateful for your comment/assessment of our production of El Paso Blue at GALA. Like you, I too hope more regional theatres give El Paso Blue a chance.