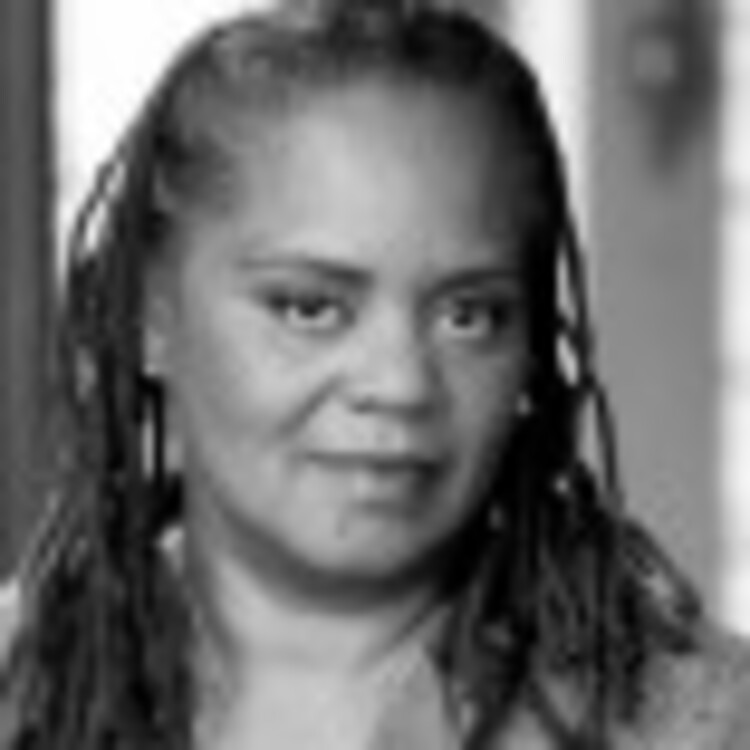 Emerging from the Crucible

At The Hansberry Project, we present the work of black playwrights. We produce black plays. We produce black plays because we believe that black theatre artists—artfully expressing their observations, investigations, hopes and dreams—must be an integral part of a rich, full-throated civic conversation. This is an extremely important point in a city of 609,000—where the black population comprises 8% (less than 50,000 according to 2010 census data). We have had to acknowledge from the beginning that we have a special charge and special challenges as black artists in the fifth whitest city in the nation. In a place like Seattle, our theatres are places where the state of our community can be expressed; where our dreams can be dreamed and our collective hurts healed. It has been in the theatre—just as in the church—that we have been reminded we are not alone. We are not the first to take up the challenge. It surprises people to know that even Seattle can lay claim to a rich black theatrical tradition that includes companies like Black Arts West, Brownbox Theatre Nu Black Arts West, Langston Hughes Performing Arts Institute, Negro Ensemble, Negro Repertory Company, and the Paul Robeson Theatre, among others. 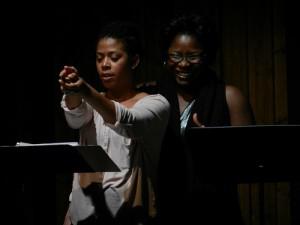 Working here has necessitated that we think about community and audience in new ways. We privilege the black cultural lens, but recognize that it is impossible for us to make financially viable work relying solely on a black audience. The numbers are simply not on our side. While we remain committed to the Black Arts Movement mantra: “By black people, for black people, about black people and near black people,” we understand that supporting the voices of black artists here requires that we connect their work to a broad and diverse audience. So for us, the goal is to get the work out into the world and do that at a level equal to the regional theatres. This is a difficult mission given our resources. We are not alone. Most black companies here “present” (readings, workshops, etc.) far more than they “produce.”

Founded in 2004 and officially launched in 2006, The Hansberry Project is the result of a years-long collaboration between local black theatre professionals and A Contemporary Theatre—one of the city’s regional theatres. Vivian Phillips, ACT Artistic Director Kurt Beattie, and I created The Hansberry Project as a professional African American theatre lab, led by African American artists using ACT as an incubator and designed to provide the entire community with consistent access to the African American artistic voice. From initial sketches to fully realized productions, The Hansberry Project promotes and supports black theatre artists of diverse interests and disciples, speaking on a range of themes and working in a variety of styles. 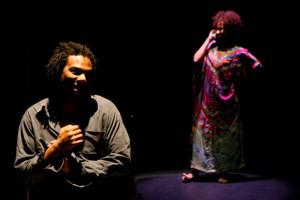 We have always believed that we could best serve the community by serving the writers—the storytellers. Writers of various levels of experience come to us in every conceivable way with scripts in every phase of development. There are no rules about who can submit to us and as a result we get scripts from both novices and experienced writers. We try to meet each writer where they are, giving them the time and space to create, access to dramaturgical support and an opportunity to see and hear their work. We have produced both classic plays and new work. (For example, Alice Childress’ Wine in the Wilderness was our inaugural production while Michael Bradford’s Father and Sons was our first world premiere). We have provided workshops for new plays by writers including Keith Josef Adkins, Zakiyyah Alexander, Christina Anderson, Kara-Lee Corthron, Dominique Morriseau, Dan Owens, David Scully, and Tina Vernon. Over the course of the last seven years, we have only once produced a project whose playwright was not in the room collaborating with us.

Founded in 2004 and officially launched in 2006, The Hansberry Project is the result of a years-long collaboration between local black theatre professionals and A Contemporary Theatre—one of the city’s regional theatres.

In 2010, funding cuts, competing priorities among donors, and declining attendance numbers threw us into the crucible of economic survival. As a result, we spent much of the past two years looking for a way forward that would avoid a scaling back of ambition and, perhaps, most dangerously a narrowing of the lens and aesthetic presented in our work. Our time in the ACT incubator has come to an end and we are making the move to being a freestanding company. We are now knee deep in the exploration of new modes of operating.

Ironically, the great gift of the crucible is that while our ability to put work up in the old ways is being challenged, it is this very challenge that is sparking a renewed sense of agency and entrepreneurship. There are experiments going on all over the country. We looked to many of them for examples of innovation. From new ways of sharing resources, to eschewing the non-profit umbrella, to identifying new partners, to new ticketing models, to making guerilla projects in found spaces, we are doing what Black folks have always done—taking what we have to make what we need. While honoring the canon, we want to be producing plays with new perspectives, addressing new issues, seeking new audiences, and establishing new relationships with our old audience. 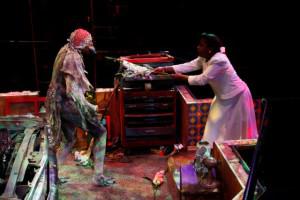 We are working in new ways. For example, videoconferencing, social media, and alternative funding strategies are providing us with new resources to gather communities in support of the work. As an example, this month—after a three year development process—we’re premiering Tina Vernon’s solo-musical Wanted as a co-production with two new partners: the Central District Forum for Arts and Ideas and Theatre Off Jackson. The production will take place in a new venue for us that will allow us to mount it more economically and offer more reasonably priced tickets. We utilized Kickstarter for the first time to gather support for the production. And we have been exploiting social media in ways that we have not before—utilizing Facebook, Twitter, and blogs to get the word out.

Another initiative that we’ve undertaken is the creation of Represent! Multicultural Playwrights Festival. Represent! is a coming together of ethnically specific theatre companies to workshop and present new work by writers of color. The festival’s collaborators (SIS Productions, eSe Teatro and Pratidwhani) each select and produce a workshop for a writer from their specific community. The festival format reaches across cultural divides and brings together our audiences. We have seen growing attendance and we hope to continue the trend. Our goal is ultimately to be in a position to fully mount a production as the centerpiece of the festival.

As we continue to evolve, our work with individual playwrights is still at the core of our mission. In addition to readings and workshops, we are gathering resources for future residencies and commissions as well as laying the groundwork for our next mainstage offering. I’m hopeful that we will have good news on that front very shortly.

Thankfully, our time in the crucible feels like it is ending. There is a sense that the worst has past. We are emerging stronger, more resolved, and more open to possibility—and with a by-any-means necessary sense of purpose that will carry us forward.

I am an alum of the University of Washington Theatre department, '90 grad. 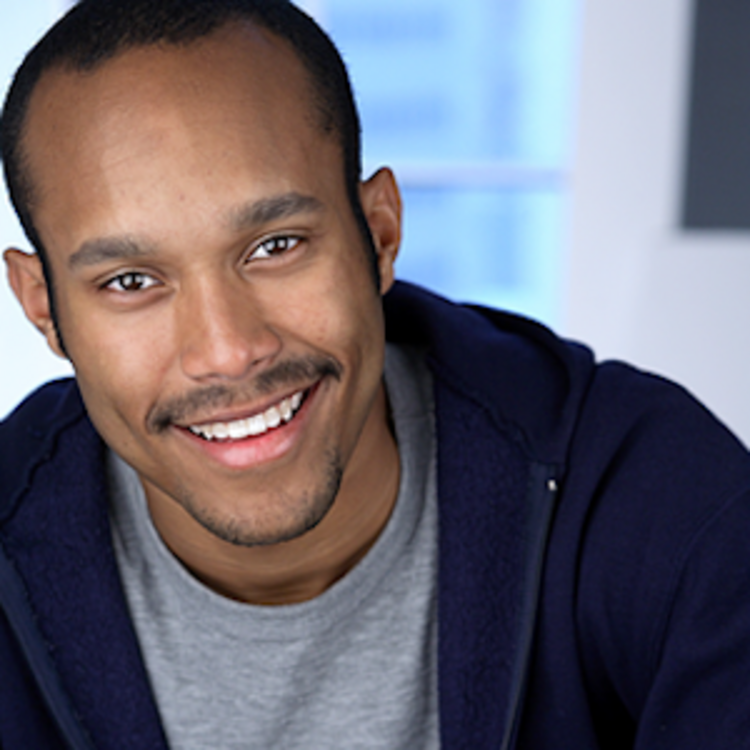 Jonathan
McCrory
Thoughts from the curator

I am an alum of the University of Washington Theatre department, '90 grad. This did not exist for me, it wasn't taught or shared with me, these opportunities, to make art as a black artist seemed extremely limited, in fact the one thing I did get to do on the main stage was play a small part as a maid in "All The Kings Men." I am loving that you, Dr. Curtis-Newton, are leading this project and making our voices heard in the gorgeous city of Seattle, and at the beautiful campus of UW. I look forward to witnessing in person the works you are developing with emerging new playwrights, and the company/home you are building for us actors to perform in. Thank you.

What an excellent post! I am looking forward to presenting Tina Vernon's WANTED at the South Dallas Cultural Center and am so glad that she had the opportunity to develop this work under such supportive conditions. I feel you on the issue of needing to re-imagine ways to exist as institutions/organizations of color particularly when we reside in locations where the population is limited. I would submit that even where we are present in large numbers this reinvention is necessary since many theaters of color in our communities have gone under for lack of support. Keep on keeping' on!

Good luck with your future endeavors. I'm inspired by your drive and I wish you much success!