Enrique's Journey, directed and adapted by Anthony J. Garcia, is based on Pulitzer Prize-winning book of the same name by Sonia Nazario. The third production of Enrique’s Journey took place at the LATC's Encuentro 2014, performed by Su Teatro (Su Teatro premiered it in 2011 and reprised it in 2014). The story that Sonia Nazario chose to tell is representative of one of the many lives of children making the journey from Honduras to the United States in search of a better life. It is a tough job to adapt a book of such overwhelming accuracy, and length. Enrique’s Journey explores one such boy’s journey. 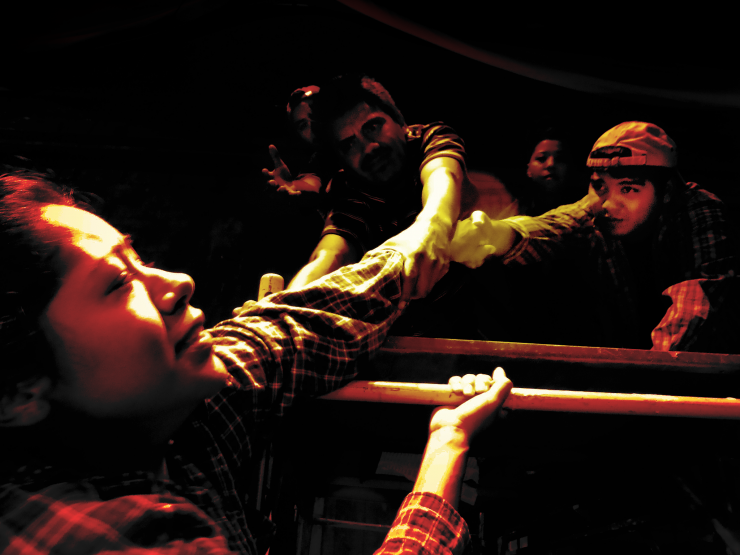 Sonia Nazario began her journalistic inquiry to investigate the motivation behind the immigration of children traveling alone. Having met Enrique at a Church mission, Sonia then took the journey herself, attempting to reconstruct Enrique's journey as faithfully as possible. At the crux of Nazario’s book and Garcia's adaptation: Enrique embarks on a treacherous journey that almost ends his life—riding the train not once, but seven times before he successfully crosses the border. Migrants call the trains La Muerte (death) or La Bestia (the beast).

At the crux of Nazario’s book and Garcia's adaptation: Enrique embarks on a treacherous journey that almost ends his life—riding the train not once, but seven times before he successfully crosses the border.

Su Teatro is the third oldest Chicano theatre in the country. It began as a student theatre group in 1972 at the University of Colorado at Denver and has grown through the decades to represent not only Chicano and Mexican issues but issues affecting all Latinas/os in the United States. The ensemble has created over twenty original full-length productions focused on identity and cultural issues. Su Teatro defines itself as a community based organization, one that values the involvement of the community in all aspects of the theatremaking process. Enrique’s Journey is representative of this charge.

A nightmare opens Enrique's Journey—Enrique dreams flames are consuming his mother as he tries to rescue her, but can't. As the nightmare subsides, we immediately face the real nightmare of his abandonment: in the absence of his mother, Lourdes, Enrique has resorted to sniffing glue and stealing to sustain his habit. 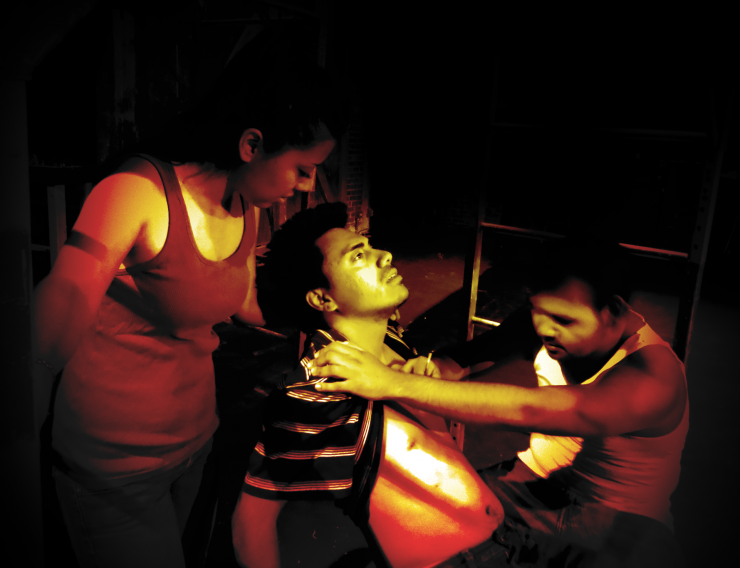 Lourdes’ cause for leaving was purely economic. She could either stay in Honduras to watch her children go hungry, or she could go to El Norte (the north) and send money home to provide them food and education. So Lourdes leaves Honduras, believing the separation from her children will be brief, that she will soon have earned enough money to pay for her kids to come north as well. The reality is completely different, of course. In the United States, Lourdes gets pregnant, is abandoned, mistreated, and scammed. Despite her best intentions and hard work, she cannot save enough money to pay for a smuggler to bring Enrique and his sister, Belky over the border. Enrique feels his mother’s absence deeply, and even though he thinks his mother has abandoned him, he chooses to ride La Bestia and risk his life to be with his mother again.

Clearly, the many characters and situations in the book cannot be fully realized in a staged representation. Jose Guerrero, who plays Enrique, stands out: he has energy, agility, and grit. In some instances, Enrique’s Journey’s large cast may have been a hindrance to the development of the story. It could have used fewer people to say more. However, the train is a powerful metaphor and the ingenious use of rolling metal scaffolds, a powerful soundscape, and lithe actors getting on and off the train, conveyed the power of this metaphor to the audience.

The train is a destructive force. It cuts through the geography of Central America showing the best and worse of humanity. The most moving scenes show the juxtaposition of greed and generosity: the villagers who come to Enrique’s aid after he has been beaten to a pulp and left for dead in his underwear; the other young men and kids who show him how to survive on the journey, how to hide from the immigration officers, where to find food, the best position to fall asleep, how not to get limbs cut off. These scenes are powerful both in the book and the play. It is indeed a hero's journey and the audience waits with anxiety to see if Enrique, will indeed, be reunited with his mother. He is. 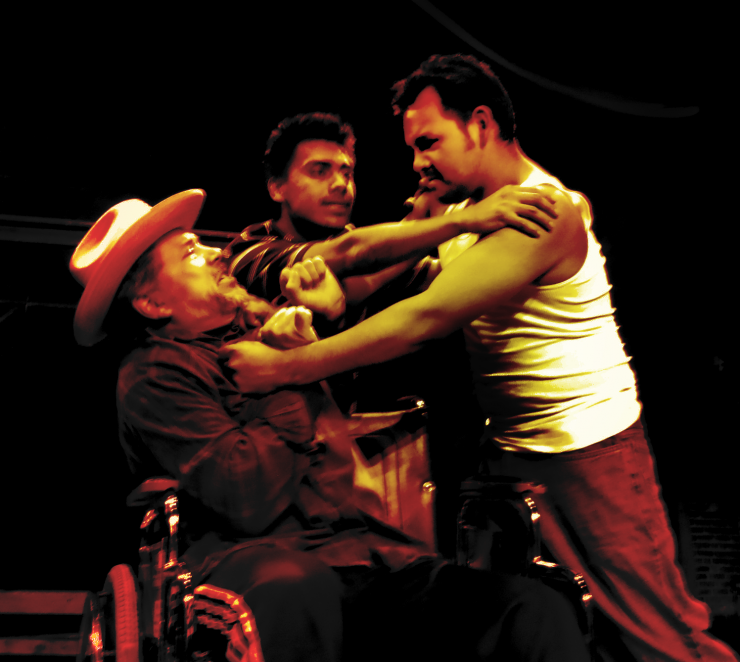 Enrique’s reunion with Lourdes is ultimately anti-climactic. Enrique has idealized the mother he has not seen in over a decade. In some respects, of course, this is inevitable—the stuff of real life. Enrique struggles to fit in and to manage the relationship with the mother he loves and hates. However, if we were to see the reunion on stage we might want—one that ends in bliss—we are missing the point entirely. This family has been forever damaged by their separation. The reunion is not easy for Enrique, or for the many who like him, manage to find their loved ones. And now Enrique struggles knowing that he too left a child on the way in Honduras, and the mother of his child is about to make the same decision Lourdes had to make when Enrique was a young boy.

Enrique’s Journey is a complicated story with no easy solution, not in the storytelling, and certainly not in real life. Enrique continues to struggle with his addictions and his choices. In real life, his story is still unfolding.

But no matter what, the story that we see on stage resonates positively with young audiences. I attended a show with over a hundred high school kids. Many saw themselves reflected on stage. It was their own story, or the story of someone they knew, or they were the children born here with siblings that have been left behind. They also had heard the stories of the train. They knew of what stuff one has to be made and how much luck one has to have to make it alive. The questions and the conversation that the show inspired made the post-show discussion energetic and engaging. This active dialogue is something that the play contributes to the impact of the book.

It was their own story, or the story of someone they knew, or they were the children born here with siblings that have been left behind. They also had heard the stories of the train.

One hopes, by the end of watching Enrique’s Journey that the policies being considered at this very moment will help alleviate some of the suffering of the families separated by the economic drive to the North.

Teatro del Sol's Mariela en el desierto is a fantastic philosophical meditation on art and women artists obscured by the ambition of their partners, inhibited creativity, truth, beauty, and the sacrifices we make for our loved ones.

Excellent discussion! Ms. Acosta has captured the impact of the production and the narrative quite nicely. Luckily, she was able to see the play with a large group of high school students, giving even more weight to her discussion and belief that this universal story cannot be told often enough.