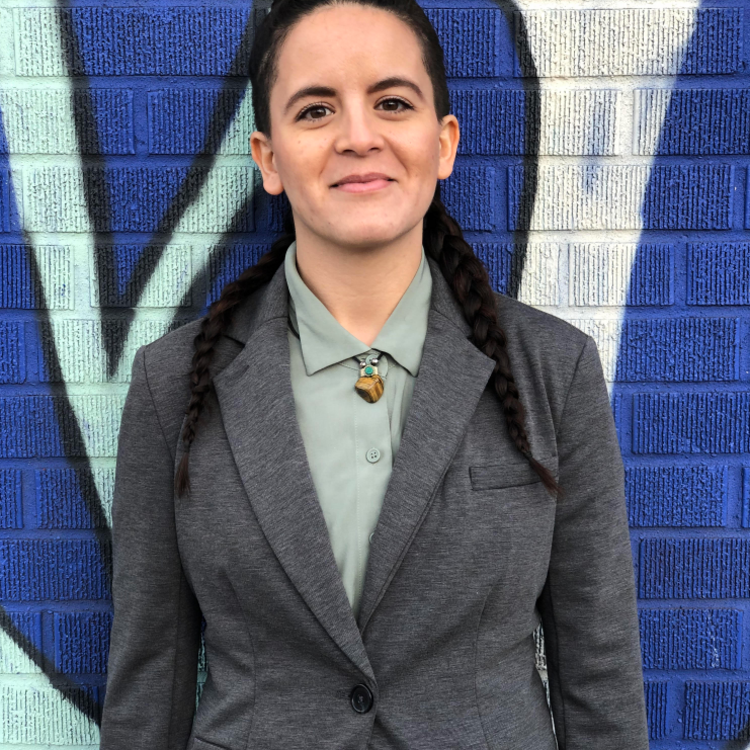 Milta Ortiz and I recently connected at the Latinx Theatre Commons Carnaval of new work, where her newest play Más received a staged reading. The play is set to premier at Borderlands Theater Company in Tucson, AZ, where the docudrama is set. Más highlights the struggle between students, teachers, and Tucson Unified School District when Mexican American Studies (MAS) was banned from curricula. Having grown up in Arizona and being Mexican American myself, I instantly connected to the play.

Emily Aguilar Thomas: Milta, what was your experience of that particular moment and the subsequent events that we see in the play?

Milta Ortiz: The spring before graduate school, my husband and I drove from California to Arizona to perform a teatro skit we created for the march against SB1070, the law that basically legalizes the racial profiling of Latinos. Months later, we heard about Arizona’s move to ban Mexican American Studies (MAS). Infuriated, we followed the story while in Chicago at graduate school. After watching the documentary Precious Knowledge, we knew we needed to document this history.

We arrived in Tucson a year and a half after the banning. The wound was still fresh. I was shocked to find out about the conflict surrounding Precious Knowledge. It seemed the catalyst in a perfect storm of events that facilitated the fracturing within the community. The more I interviewed people, the more I heard about ideological divides and gender issues. I went into this story with journalistic intent, and though initially I got a lot of heat, I knew I had to show all perspectives.

Emily: In the play, you also highlight a particular character's story of sexual assault. How did you navigate the story of a survivor?

Milta: I almost stayed away from it because I was initially swayed to think it wasn’t necessarily part of the story. But it became evident that the incident was imbedded in the story of the struggle to save MAS. I couldn’t ignore it. She’s an amazingly strong woman who was distrustful at first. When I reached out, we talked for forty-five minutes. She said she’d need a whole day to tell me her story. We spent half the day together, and taped about a two- hour interview and met a few more times. She’s incredibly open and resilient. I wanted to honor her so there was some self-inflicted pressure. Her storyline was the toughest to get down to what was necessary to the play. I finally realized I needed to show her strength as a young leader in the movement in order to feel the weight of what happens next—I think of her character as a metaphor for the play.

Emily: One of the elements of Más that drew me in was the characters’ use of theoretical language. With that in mind, it made me wonder whom this play is written for. Who is the audience for this play?

Milta: The characters are based on intelligent, educated people. Not everyone has read Paulo Freire’s Pedagogy of the Oppressed, including myself. I knew about this book and understood its concepts and references before my research. The thing is high school students were using some of Freire’s terminology—Latino students who were at risk of dropping out. Call me crazy, but my play is for Latino students and Latinos as much as it is for the typical theatre audience. Rebecca Gilman once told me, and I’m paraphrasing, “the play’s final act is when the audience member goes home to Google something in the play. This is what we hope.” I always remember that. It’s the same as when I use slang, vernacular, or Spanish. My job is to give the audience enough context, or clues so the meaning comes across.

Emily: What are you excited about next as an artist?

Milta: I’m excited about a play I’ve been marinating on for a while. It’s a family drama that focuses on a father-daughter relationship. The daughter is the protagonist and she’s a hot mess. By the end of the play we understand why. The play flows like memory and in the way memories creep into consciousness, taking you on a journey. That’s how we get to the why.

Why shouldn’t my work speak to a broad audience? What if theatre becomes a little more balanced?—Milta Ortiz

Milta: I like to think that we’re on the cusp of something. There’s momentum about making our presence known. We’re here. We’re Latino playwrights and theatre professionals. Eventually there’s going to be a tipping point and more of our stories will become part of the American canon. I write what I know and for now I focus on Latinos because going through school, I longed to read about my experience. I was born in El Salvador and raised in the US. Growing up as 1.5 generation Salvadorian American, I didn’t know much about my culture outside of my home life. Nor did I know Mexican American history. While in the Creative Writing Department at San Francisco State University, I sought out the Raza Department because I hardly saw myself reflected in the literature I was reading. I enjoyed the American canon, but after a while I wanted to read about people like me. When I found Latino literature, Resistance literature, and the North and South American experience, it was like meeting myself for the first time. Maybe I’ll get over that and focus on my multicultural experience, or my urban experience. I believe that the more specific you write, the more universal it becomes. I see plays that aren’t Latino all the time. Why shouldn’t my work speak to a broad audience? What if theatre becomes a little more balanced? I believe that as the Latino middle class grows, they’ll buy tickets if there’s theatre for them.

Emily: How do your identity markers influence your work and/or the way you approach your work?

Milta: I always felt in-between before I could comprehend what I was feeling, which in some way tuned me into culture and created an observer within me. It’s how I acculturated many times over. We moved around a lot within the Bay Area. I started as an immigrant kid who wanted to understand. I’m realizing that my experience of immigration shapes my writing. My new preoccupation is finding humor in some of those dark moments

Emily: What do you want the world to pay attention to in your work? What are you proud of? In what areas do you want to grow?

Milta: I remember a friend telling me at twenty that I should be a comedian. No one would say that now. Moving forward, I want to get in touch with that fun-loving, playful side. Explore that a bit and dig deeper. And of course, find ways to fund my writing and get it out there.

Hola, Milta- Brava! I think theater workers like you are the future of American (not just USA)Theater. With you, I support and advocate a new, inclusive theater that exists by the people for the people, of all races, colors, languages. USA theater artists must attend to the moral imperative of revolt, toss out the old models! Mil Gracias/Thousand thanks to Emily and HOWL. Adelante!/Forward! -josé

Congratulations, Milta! I'm thrilled to know that your work is getting out there! Yes, that playful side is what gives us stamina. Go for it!