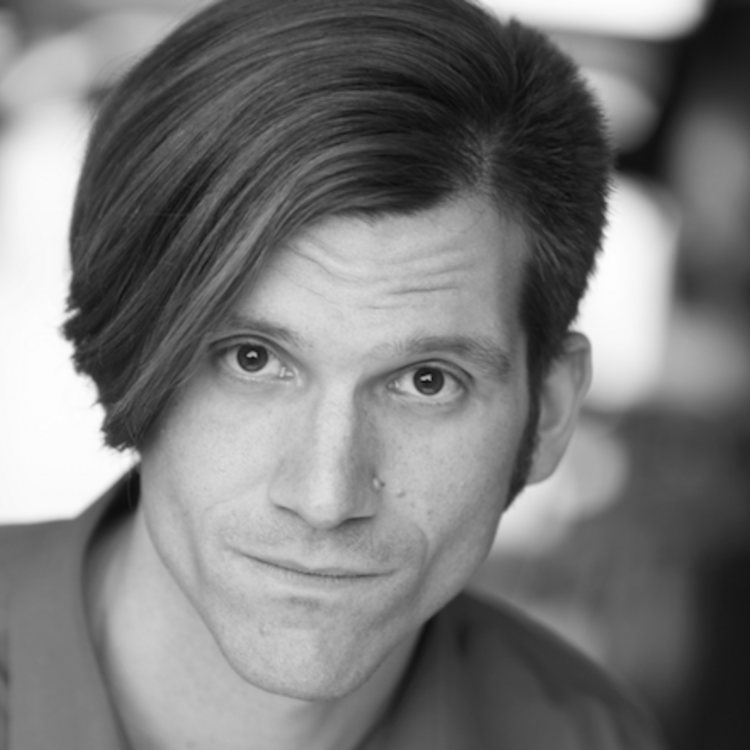 In a small school in Texas, a group of junior high students performed an inventive LGBTQ+ adaptation of Romeo & Juliet last May. In this blog series, queer playwright Briandaniel Oglesby reflects on how the project evolved, how the students and community responded, and what he thinks this all means.

“Glue looks like milk, but don’t drink it,” my students chirped at me today. They were quoting a line from the play we made last year. Paris Motel-Six tells this to Juliet’s father.

They carry the play with them.

A year ago, I wrote and directed a gay re-imagination of Romeo & Juliet for my junior high students in Texas. Two twelve-year-old boys played the leads. I borrowed the structure from Shakespeare, transformed the story into a campy comedy with the students, and produced it at our school. I wrote two blogs about this project in the process, and promised to write a third.

And then I didn’t.

I needed to re-see the project; I was caught by the fact that only two of my friends came to the show. While we do create for the abstract notion of creating, we also create for the concrete—for our family, friends, and community. I had incredible joy at witnessing my students’ personal triumphs and amazing performances, of the love and support I felt from their families. Yet, I also felt deep sadness and anger that the play had not been a priority for my community.

I could write at length about the issues this brought up. We did not publicize this show to the locals because we anticipated blowback, and we felt that would be unfair to the students, who already had to decide whether to “out” the play to relatives. Would my (progressive Austin) community have come if we’d drawn criticism? I’ve seen bad plays get awards because they pissed off conservatives. Why is the liberal impulse only to show up where conservatives have started fires?

Worse, was this turnout because theatre performed by teens is not seen as legitimate, or interesting art? How can I prove to anyone that theatre made by teens can be amazing if no one even gives it the chance?

And yet, beyond these issues, I still take away the following…

Context Matters
Who is doing it and where it’s being performed is significant. I’m writing this in a coffee shop about a mile from the school. Mike Pence would look perfectly at home here. Teenagers tail parents and wear football jerseys and cheerleading uniforms. My floppy Mohawk looks out of place, as does the plastic rainbow bracelet I wear. As does the quirky school where about a quarter of our students identify as LGBTQ+.

Would you have come to the play? I wonder. Or would you have protested it? If the former, the world is new and different, and we should celebrate that. If the latter, then we were doing something with impact. A county away where I live, the Texas State Legislature is now debating where trans people can use the bathroom.

Yes, it matters that we did this play where we did it.

Middle Schoolers are the Best Kept Secret
The other night I had a conversation with a friend, the artistic director of a company in Sacramento that makes daring work. Like me, his paid job is to create theatre with young people. And he gets it.

“Middle schoolers are the best kept secret,” he said. Folks, theatre for teens can be amazing. Middle schoolers get physical comedy. They aren’t plagued by the level of self-consciousness that may affect older people.

The students were electric. Our non-traditional Tybalt entered the stage and demanded that this be a play about Tybalt, and then made every subsequent scene about Tybalt. Our energetic Romeo was off-book a full month before the performance. Our Juliet delivered his lines like they were emerging from him. Shady Steele, the apothecary who proffers both the fatal poison and Juliet’s sleeping potion, delivered a series of hilarious scenes. The romance between our Romeo and our Juliet was adorable and surprising. And the final kiss between the two boys, though staged, looked surprisingly real.

Let’s Talk About the Kiss…
We put only one kiss in. Until Romeo thinks Juliet is dead, the play is campy and then veers into the serious. We delayed the kiss until the end so that the romance itself would never be a joke. I wondered how the audience would react. I worried. I once wrote a play where a late same-sex kiss sucked the air from the room, and I didn’t want the play to become about this reaction. And so, in front of an audience, in the tomb, with a kiss, Romeo dies.

Had we established the romance so early the kiss became anticlimactic? Or has something truly shifted, and the deep-seeded fears in our hearts, and our imagined censoring audience are remnants of another time? Probably a mixture of both. Regardless, the moment was no more awkward than if they had been a straight couple.

Theatre for young folks can be a revolutionary space. Young people can be empowered through it, and in doing so, they can enact a vision of the world that is more progressive.

I saw an increase in my students’ commitment. They were goofy as hell in the rehearsal process, but they understood they were making something that young people don’t usually make, and so they worked their asses off.

The ambition of this play necessitated after-school rehearsals. This, in turn, created a stronger sense of community. The impact of the production process became clear this semester, months after we’d closed RJ, when the students requested additional rehearsals before the play had been written. They’d engaged in hard work to make something big, saw the rewards, and they wanted more.

Theatre for Young Audiences Can Be an Act of Resistance
Theatre for young folks can be a revolutionary space. Young people can be empowered through it, and in doing so, they can enact a vision of the world that is more progressive. They embody other people’s stories. They embody their own realities and social circumstances. They can criticize the adult world. And importantly, school theatre can reach an audience that may not go to theatre, i.e. people who need childcare.

A Challenge: Make LGBTYA
Who showed up? Families. Friends. Add to that list: the lesbian aunt, a gay brother, and queer neighbors. They showed up. The same families who’d come to the play anyway brought a few additional guests. And it was normal.

So here is my exhortation:

Make queer theatre in schools. Make it in children’s theatres. Make it in conservative towns and cities. Make it in Indiana, Arizona, Washington, DC, and Minnesota. Don’t leave it to liberal states like Texas to plow forward.

And if you stoke the anger of the community, well, they weren’t coming to your lousy theatre anyway. They are rust. You know who will show up? The Good People who finally have an enemy, who will cherish the opportunity to offer a rebuke to the Mike Pences of the world.

Show the stories of Harvey Milk, Christine Jorgensen, and Bayard Rustin. Make a play about gender creative kids. Tell tales where princes fall in love with princes, where a knight uses the pronoun “they,” and where a damsel saves herself and vows to live alone. Make fairy tales in all senses of the word. This is the new normal, and young people know it.

Make the stories good. Make them funny. Make them not condescending. And you’ll make theatre lovers and theatremakers of the next generation. Let’s make the space for their normal. It’s the gift they give us old queens. And they’ll carry it with them a year later.

Briandaniel
Oglesby
Thoughts from the curator

This series documents a junior high LGBTQ+ production of Romeo and Juliet.

Briandaniel -- I loved reading this (and the earlier installments as well). Thank you for doing the work and for taking the time to think about what it meant to you. I wish I'd seen those kids do that play in that community.

Thank you! I met you seven years ago when I was just starting to consider myself a playwright, and I have a great deal of respect for you - your career and life - so this means a great deal.

So glad we met at a big moment in your writing life. My email is stilljamesdean@gmail.com -- let me know more about what you're up to. Or just know I'm cheering you and your work on.