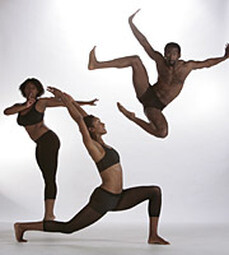 Join us for an inspiring evening with Janeshia Adams-Ginyard, actress, stunt woman, wrestler, writer, and motivational speaker. Janeshia is known for her roles in the Marvel Studios feature film Black Panther and for working with some of Hollywood's biggest superstars. Janeshia is fluent in ASL and trained Taekwondo.

Our mission is to provide opportunities for our stories to be heard by providing the #DeafWoke platform to uplift BIPOC Deaf and disabled artists voices and to contribute to the arts and larger society, increasing awareness at the intersections of audism, ableism, and racism--this includes DeafDisabled stories as a force for cultural change and collective liberation. There is also a space to talk about economics, parenthood, and education.

Janeshia Adams-Ginyard is an actress, stunt woman, wrestler, writer, and motivational speaker. Born on Valentine’s Day and raised in Southern California, Janeshia graduated from Gahr High School in Cerritos and completed her Bachelor of Arts degree in Linguistics from the University of California, Berkeley. As a student-athlete most of her life, Janeshia used her foundation in athletics to transition into the Hollywood entertainment industry. A member of the Screen Actors Guild and the American Federation of Television and Radio Artists (SAG-AFTRA), she is an established and extremely talented actress and stunt woman, making a name for herself through her unparalleled dedication and skills.

Janeshia has won three Screen Actors Guild Awards, is fluent in American Sign Language and trained in Taekwondo. She has had major roles on commercial, television, and film projects, and has worked with some of Hollywood’s biggest superstars. Janeshia executed two separate roles in the Marvel Studios feature film Black Panther. She was one of the eight main Dora Milaje (the women who serve as Black Panther’s personal bodyguards) and the stunt double for lead actress, Danai Gurira’s character Okoye. She was also featured in the Lexus “Long Live the King” Black Panther Superbowl commercial. And she reprised her role as stunt double for Danai in Marvel’s Avengers: Infinity War. In addition to several upcoming projects, Janeshia plays the role of Officer Conn on the ABC Studios Grey’s Anatomy spinoff, Station 19, and is the stunt double for Aisha Hinds in FOX’s hit drama 9-1-1 and Aunjanue Ellis in HBO's Lovecraft Country.

Janeshia is enthusiastic about serving God, doing ministry, and helping the community. She founded Hyphy 4 Christ Inc., an entertainment organization dedicated to inspire, encourage and motivate through faith-based content.

[IMAGE DESCRIPTION: Facebook event cover for #DeafWoke. The colors include red, green, and black, which represent Pan-African unity, and yellow. The Facebook Live logo appears in the upper left corner. The sign language interpreter logo and closed caption logo appear at the top right of the flyer. Headshots of Janeshia Adams-Ginyard and Mr. Hunter are shown. Janeshia is an African-American presenting. She wears a soft pink v-neck blouse that brings her deeply brown skin tone with its melanin popping glowingly. Janeshia’s black long hair is swept half back while the left side of her hair flows down into loose curls. She wears soft black smokey eyeshadow. With her dark brown eyes looking directly into the camera, Janeshia smiles. She has on soft warm pink lip gloss. Mr. Hunter PurpleFireCrow is a Native American African-American person with dark chocolate skin from his mother. He has almond shaped eyes with long lashes. He has long black dreadlocks tied in a low braid and a full beard. Antoine is wearing a dark v-neck shirt and smiling. Janeshia’s’s name appears above her picture and Mr. Hunter’s appears below their picture.Flyer text reads:
Thursday, October 19, 2020 | 4 PM PST/ 7 PM EST
Antoine Hunter Presents: #DeafWoke
Janeshia Adams-Ginyard is an actress, stunt woman, wrestler, writer, and motivational speaker. Bachelor of Arts degree in Linguistics Is fluent in American Sign Language and trained in Taekwondo. She executed two separate roles in the Marvel Studios feature film Black Panther. She was one of the eight main Dora Milaje.
She plays the role of Officer Conn on the ABC Studios Grey’s Anatomy spinoff, Station 19, and is the stunt double for Aisha Hinds in FOX’s hit drama 9-1-1 and More!
She founded Hyphy 4 Christ Inc. Her love for God and her community is endless.