Things as They Are by Playwrights Local 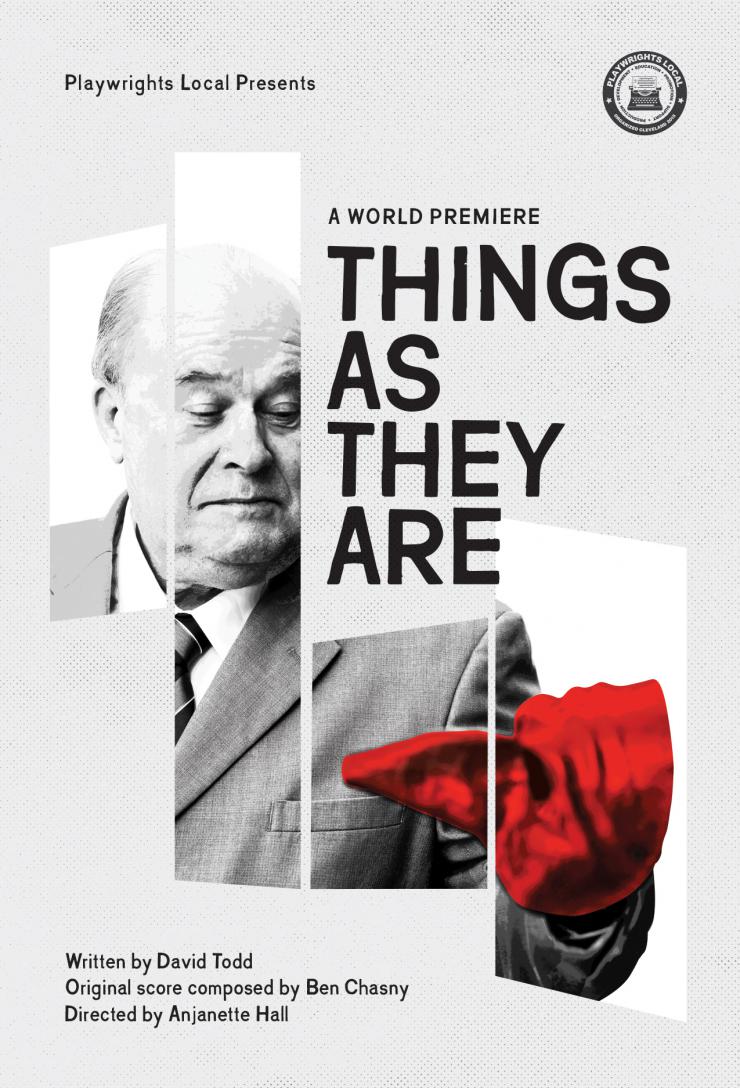 Things as They Are is a dramatic exploration of American poet Wallace Stevens (1879-1955), a stoic visionary whose titanic imagination and confounding duality have lent him an unwavering mystique. This all-new multimedia work combines a script by David Todd, an original score performed by Ben Chasny, and licensed works by Stevens himself with movement, commedia dell’arte, and projections. Things as They Are looks past the stock image of its subject as an aloof executive with avant-garde leanings. From run-ins with Marcel Duchamp to Ernest Hemingway, and from crises with wife Elsie to daughter Holly, the play reveals the “real” Wallace Stevens to be a man of great insight, contradictions, whimsy, and desire.

For more information on the creative team, see the program here.

The run time is 2:30 with one fifteen-minute intermission.

Playwrights Local is a theater company based in Cleveland. As a playwrights’ center, the organization’s goal is to provide a home for dramatic writing in Northeast Ohio. They offer classes and workshops, produce original plays, provide networking opportunities, and engage the community through outreach projects. Tax-deductible contributions to this 501(c)(3) group can be made here.