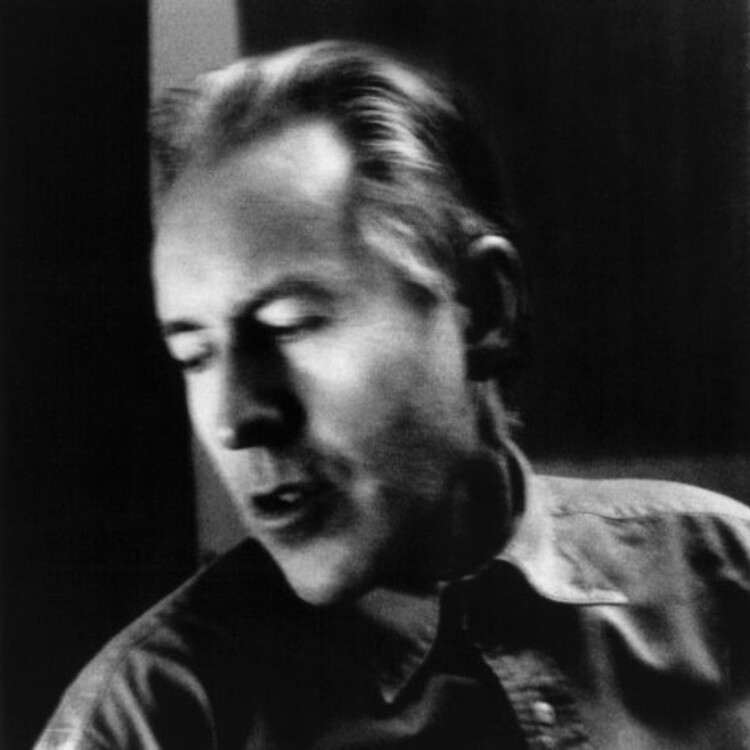 Howard Barker on Puppetry, the Actor, and Process

Howard Barker is a playwright working in London, England. He is currently Artistic Director of The Wrestling School, a company established to disseminate his works and develop his theory of production. His work is played extensively in Europe, in translation, in the United States, and in Australia. He is the author of plays for marionettes—All He Fears and The Swing at Night—and has written three librettos for opera. He is the author of two works of theory, and five volumes of poetry. He is also a painter.

David Dudley: What role does language play in your plays for marionettes?

Howard Barker: Language is critically important. However subtle and complex the puppet's expressive capacity, still I have to give it voice. The puppet cannot do it all by physical means, even with music/sound, if the ideas of the piece are as complicated as mine tend to be. Thus puppet theatre doesn't alter my normal dramatic techniques from the linguistic point of view.

David: You mentioned in the past that you don’t see actors as collaborators. Are marionettes, then, perhaps the ideal performers for your texts?

Barker: Yes, they might be, except for the fact that the human body means so much to me as an element of the stage, and the actor's body—sufficiently disciplined—is both more and less evocative.

Marionette theatre is so much more licensed than stage. The audience is less supervisory, it expects the unusual, and it is less frightened that something might ‘get out of hand’—it's almost predicated on being ‘out of hand.’

David: You once said, “The greatest achievement of a writer is to produce a character who creates anxiety." Do you think the characters in The Swing at Night—especially Otto and Klatura—achieve this aim?

Barker: I hope so. My theatre is never naturalistic, always the creations and their relations are speculative, they require very little in the way of corroboration in “real” terms. Oddly, and coincidentally, a woman was recently imprisoned here in England for multiple murders of men she met and killed arbitrarily. And the articulate baby is disturbing, of course.

David: It seems that, in the marionette plays, you pay special attention to the sounds. What is it about this form that compels you to do so? (Likewise for movements—“the swing moves ever so slightly, as if in a wind”—and images—“the moon glares, and fades again.”) Do you feel as though, in the marionette theatre, your role as writer is more involved? Or perhaps it requires an approach approximating the “total” experience?

Barker: Probably I am attempting to create an absolute mise-en-scene, with such specific sound notes as you describe. I do this more in theatre now. My stage directions get fuller. They were once very spare.

David: On The Swing at Night, it seems to me that this play is more abstract than others of yours, and I wonder if writing for the marionette theatre freed you from some of the constrictions of writing for actors?

Barker: Oh, certainly, marionette theatre is so much more licensed than stage. The audience is less supervisory, it expects the unusual, and it is less frightened that something might “get out of hand”—it's almost predicated on being “out of hand.” Imagination has absolute power here, and hardly any in acted theatre, which is domestic, issue-based, semi-documentary, etc.

David: Would you consider writing plays for marionettes for The Wrestling School? It certainly seems that, when a given company is working with limited funds, they can still produce theatre art of a high caliber by doing puppet theatre. Of course, the public tends to reject it as such, but therein lies part of the fun.

Barker: No, I would not, because we aren't puppeteers and can't acquire the skills. We must play live. And the stakes are very high with living actors in terrible events in a way marionettes can't achieve—because marionettes have “permission,” the risks aren't so high. It's strange.

Barker: Yes, perhaps this childish fear of reality as I knew it—and still know it, probably—induces imagery of a specific kind (the talking moon, vicious horses, communicative rats…). Also the way things lurch in and out of your experience as a child—like the whistling adolescent thugs, they arrive as a sound.

David: Apart from the commissions, what drew you to writing marionette plays? What intrigued you about the prospect of creating texts for marionettes?

Barker: I can't remember. I was invited. It probably seemed an intensification of things I'd first proposed in plays like Seven Lears; things deliberately removed from the quotidinal life. I must also have thought, “Here, no one derides you if you speak poetry.” Theatre is enslaved by naturalism, you know.

David: Did the withdrawal of Arts Council England funds affect your thinking on writing? You've expressed a deep discontent toward the idea of relevance. Puppetry—as a form of theatrical expression—has always abhorred relevance.

Barker: No, the coming-and-going of funding alters none of my attitudes to art. As for relevance, I've hated it always—it is a political weapon employed to stifle the imagination, a Stalinist stratagem.

David: Heinrich von Kleist said: “Our consciousness and capacity for reflection cause us to doubt ourselves or become self-conscious, and prevent us from acting with the single-mindedness and purity of an animal or a puppet.” How does that strike you, after having worked with marionettes?

Barker: Well, Kleist's remark is self-evidently true, as regards animals, but bewildering vis-a-vis puppets. Puppets are made and handled by men, so they are bits of men, or extensions of men, and carry the burden of man's awareness of himself. And no, my use of puppets hardly endorses “single-mindedness.” They seem as sadly encumbered with after-thought, regret, dread, etc. as we are.

David: You once said that you wished the actor could be more like the marionette. Do you still feel that way? Then, too, I wonder if there are instances where you wish that the marionette were more like an actor?

Barker: Yes. It's gesture, no more. Few actors even understand the cultural history of gesture. The tilting of the head, and the slowness of this tilt, is immensely informative in puppetry. Many actors would benefit from training in cultural physique. (“I'm suspicious,” “I'm ashamed,” etc., could be studied as pure physical form).

I've never known actors—nor have I had the time to approach the problem—who gave thought to the physical transformation of their role as it develops, apart from the obvious things like I've got older, so I'm less agile. The dropping to the ground of the puppet, a sudden, expressive collapse, isn't available to the living body. For all that my puppets speak a great deal, those sudden physical shifts do much of the narrative work.

David: I wonder about this idea that “the actor's voice and body collaborate to create something fascinating.” How is this relationship altered when they are separated, as with providing voice for marionette?

Barker: The trained voice is—in its fluency—immensely communicative. No point in giving poetry to dismal speakers. You'd not serve the puppet's strung fluency if you deprived the character of verbal fluency. And there's a peculiar, distorting intensity in the corollary of this—the strange moves of puppets who have perfect diction. Imagine a voice form to go with the strangeness—clumsiness at times—of the moving puppet. Too odd, probably.

David: You said in the past that you conceived of the play for marionettes to take the form of a poem. Can you elaborate on that? Your plays for actors seem to be too expansive in form to have the brevity, and the elegance of a poem, though their forms still seem, to me, like poem.

Barker: Yes, I wish they were more so, because I'm always seeking to remove the audience from the wrongly-described reality of the real world. The poem at once announces, “We are in a different place, don't look for representation here.”

Barker: Well, juxtaposition is everything, and transgression is everything in all art forms, of the dramatic kind, if you are a creator and not merely a describer of the world. I like things that are uncomfortable, because once it is entered, this discomfort becomes strangely beautiful, outside the realm of ethics, except the ethic that insists on the beautiful.

David: What is it about a puppet's emotions that imbue them with the uncanny?

Barker: The uncanny lies in the depths of their life, which appears trapped in the dead material of their bodies. This could simply not occur in living actors.

David: Finally, could you please talk a bit about the balance between the arbitrary and the intentional in your works for marionette theatre?

Barker: I write arbitrarily under the strange magnetic force of a discipline; an innate sense of construction. What will happen next, I never know. I create plots without knowing I have done so. Always I try to avoid a looming cliché. In skipping it, I find a new situation has emerged.

"Puppets are made and handled by men, so they are bits of men, or extensions of men, and carry the burden of man's awareness of himself.

"Puppets are made and handled by men, so they are bits of men, or extensions of men, and carry the burden of man's awareness of himself. They seem as sadly encumbered with after-thought, regret, dread, etc. as we are...It's gesture, no more. Few actors even understand the cultural history of gesture. The tilting of the head, and the slowness of this tilt, is immensely informative in puppetry."

Beautifully said. I finally understand why I found those puppetry scenes in "Being John Malkovich" so moving.

I am absolutely SHOCKED that Howlround would do any sort of article on Howard Barker (who is arguably the best living playwright) considering the shrill calls for social justice didactic art that fills Howlround. Such a breath of fresh air.