Recommended
Devising Our Future
HowlRound Theatre Commons
Most Discussed
A Collective Call Against Critical Bias
Critical Mass
Most Watched
The Gathering from the CrossCurrents Festival
Wednesday 4 May to Saturday 7 May 2022
Upcoming
Livestreaming a Conversation: #DeafWoke with John Autry II
Friday 20 May 2022
Essay by
Ben
Asaykwee
Indianapolis, Indiana

We have all heard it said that there is truly nothing brand new, that all the stories have already been told, that all the plots can be traced back to a starting point or mathematics equation that make them all somehow equal: an ancient Greek tragedy or a Shakespearean comedy. And this is probably true.

If it's new to a single member of an audience, if it opens the mind of any one individual who sees it or if it prompts questions, upsets, uplifts, enrages a person then that moment is new, that feeling is new, and that is art. Art is subjective. It's relative. It springs forth from the heart and imagination of one soul to reach out and touch another. Art’s variability is its only constant and its standards are designed to be periodically ignored.

There are few things more intriguing, therapeutic, and cathartic than an honest conversation. We often discuss originality at Q Artistry, an Indianapolis based new works theater organization. We debate it and comb over it with dirty, bloody brushes or pluck at it with a solitary virgin pick. And we always come up with different answers. As one of the only arts organizations in Indiana that dedicate their stages entirely to new and original works, we have some experience dialoguing on this subject and demonstrating it. We've created what we've considered brand new works many times. From talking bowling pins to singing bunnies, we've presented ideas in theater form that were brand new or re-imagined. We've set Edgar Allan Poe to theatrical music in Cabaret Poe and turned the villain from the oldest poem known to man into an experience for audiences in Grendel. 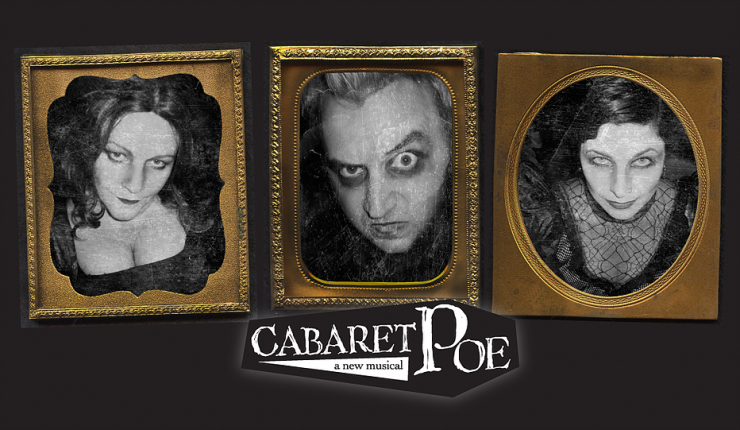 There are many possibilities in the pursuit of originality. Maybe to try for the next new idea, or to come as close to creating something uniquely original as we can, will expand the minds of our patrons and ours as artists. Not only can we think outside of the box, but we can invite the audience to tear down the box with us and rip it apart as we tour newer perspectives. Or maybe striving to create something entirely new out of an existing work, such as adapting a piece for the stage, can create avenues for audiences to enrich their idea of what theater is. They can research the piece themselves beforehand, experience it in other mediums, or simply use it as a platform to pique their interest enough to delve deeper and explore afterward.

Or maybe the answer to the question at hand is… yes. Do all of it. We can explore a new way to tell Alice In Wonderland as a musical about two oranges on an adventure trying to avoid being squeezed. Or we can present an opera about the Queen of Hearts with online videos of goats bleating at the same time as we can write a play adapting the history of migrant workers in the orange juice industry.

If it's new to a single member of an audience, if it opens the mind of any one individual who sees it or if it prompts questions, upsets, uplifts, enrages a person then that moment is new, that feeling is new, and that is art.

At Q Artistry we love possibilities. Possibilities are our nourishment and simultaneously our ultimate goals. While only using Indiana based playwrights, we are on a constant mission to inspire others to search for the maybes in any concept or idea they can put their heart to. The stories are the mirror. And whether we are reflecting something we've seen on the page or something we've seen on the street, the viewer will see it in their own way and what could be more original than that.

Q Artistry is a non-profit collection of artists dedicated to enlightening, educating and entertaining through original and re-imagined productions, presentations, and events. With a special interest in nurturing and inspiring all art forms, Q Artistry strives to bring forth new endeavors while fully appreciating the talent and creative minds in front of and behind the curtain.

Indiana
Organizational Models
U.S. by State
Most Discussed
A Collective Call Against Critical Bias
Critical Mass
Most Watched
The Gathering from the CrossCurrents Festival
Wednesday 4 May to Saturday 7 May 2022
Upcoming
Livestreaming a Conversation: #DeafWoke with John Autry II
Friday 20 May 2022