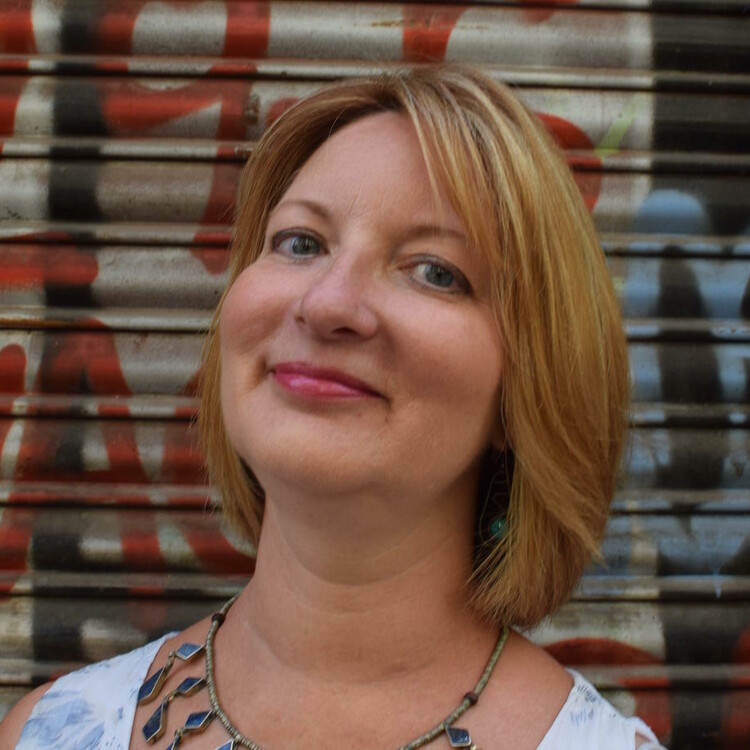 “Twitter plays” use Twitter as their mode of delivery and engagement. While most are one-liners or very short (usually comic) exchanges for two characters, Jeremy Gable’s The 15th Line is structured as a series of over 300 interrelated tweets between four characters over a period of eight weeks. Readers follow the four characters, reading the characters’ tweets as and when they come up in their feed. Thus, the dialogue of and between fictional characters is interspersed with unrelated tweets sent by real people. I am fascinated by the way reality and fiction intermingle in The 15th Line, and equally interested in the new dramaturgical structure Gable has constructed.

The 15th Line begins with a train crash and Patrick Hearson, a journalist at City Press, tweets: “Breaking News - Subway accident at 15th St. Station. 21 believed dead, 17 injured. Cause is not yet known.” A twenty-year-old student named Seth Turnbull tweets: “Just witnessed a subway accident. And I just ran away. I didn’t know what to do. I’ve never been so scared.” Then, therapist Dustin Kinder tweets: “I keep hearing about this accident. And Erica’s still not answering her phone. She does this a lot. I wish she wouldn’t right now.” Next, student Angela Giannini tweets: “At the hospital. No major injuries. The doctors are calling me a miracle. A miracle would have been walking to school instead.” Dustin tweets again: “She’s still not answering the phone. I’m going to the hospital. I know you hate Twitter Erica, but if you read this, call me.”

Like a good haiku, Gable packs a lot into 140 characters. What is not said is evoked, asking the reader to co-create the experience by filling in the gaps.

As the play develops, the four characters create relationships with one another, while coming to terms with the death of loved ones, strangers, and their responses to their own near-death experiences. Each character tweets once or twice a day, meaning there are between six to nine tweets per day over a two- month period.

When I first read the play, I was surprised to see how moved I was by the concise expressions of emotion in the exchanges. Like a good haiku, Gable packs a lot into 140 characters. What is not said is evoked, asking the reader to co-create the experience by filling in the gaps. The reader is also the actor: turning prosody into tone of voice (actual or imagined) and adding affect to each line of this new manifestation of closet drama.

In spite of the brevity of each line, the play itself is durational. It lasts for eight weeks and requires constant engagement and re-engagement with the four characters every day. You cannot go see it, have dinner, forget about it, and then go on with your life. The 15th Line requires a kind of dedication that many plays do not ask for, while simultaneously asking for less of a commitment from us by taking advantage of the fact that many of us are on Twitter every day.

I am teaching a course called Drama in Performance at NYU this fall and I originally decided to re-tweet Gable’s play for my students because I want them to experience closet drama, this particular dramaturgical structure, and the modes of engagement Gable invites. I identify as a director, but I did not anticipate making artistic choices as I re-tweeted. I merely thought of myself as a typist. Yet, I have been surprised to discover a large number of artistic choices. For example, in setting up the characters’ Twitter accounts, I had to choose a photo. What kind of photo would each character use for their account, if any? I had to decide what they might say in their bios. I also had to decide what time each Tweet would occur. I imagine that as college students, Seth and Angela have ten or eleven o’clock AM classes. So their Tweets happen on their way to class or late at night. Patrick Hearson, on the other hand, tweets news every morning in time to catch commuters on their way to work. I realized that as the person choosing when each tweet would occur, I was responsible for the rhythm of each day’s experience.

As I set up the play, I invite others to join us. The play is free and can reach unlimited participants. But I have also found that each character has been followed by people who have no idea they are following a fictional character. So The 15th Line has become, for them, a piece of “hidden theatre,” and we will see what they make of it. Once the characters start tweeting each other, I wonder if participants will begin to follow all four and figure out they are experiencing a play. Will they think what’s happening is real, or will they just ignore it?

If anyone wants to join us, follow all four characters on Twitter and look for tweets beginning on August 31:

Click to here to see a running record of the play and check out Jeremy Gable's experience.