This is part of a series of occasional reflections from Pearl Cleage, Mellon Playwright in Residence at the Alliance Theatre in Atlanta, Georgia. 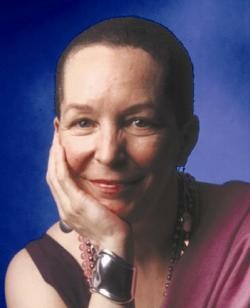 Lynn Nottage’s By the Way, Meet Vera Stark recently finished a successful run at the Alliance Theatre in Atlanta and added its own a cappella chorus to the soul serenade. The production offered a set of unexpected challenges to me as the Mellon Playwright in Residence at the Alliance as I sought a way to support an award winning African American woman playwright whose work I have admired but whose Vera Stark is not one of the my favorites. In spite of my ambivalence, I was still happy to see a talented director and an equally talented cast have a chance to try and wrestle the play’s many contradictions into submission, especially that second act, and put it before an audience of theatregoers some of whom may had been encouraged to come by the billboards that sprang up around town quoting me by name as saying “Vera Stark is a fabulous force of nature!”

It’s not that I didn’t say it. I know my way around a marketing catch phrase as well as the next playwright and when faced with the dread question, “What’s the play about?” I can usually come up with a one-line ticket seller in thirty seconds or less. But driving by my quote two or three times a day on those billboards made me hope I hadn’t oversold “Miss Vera”, who is a complex and problematic girl on her best day and left to her own devices, can raise as many questions as she deigns to answer, leaving you vaguely unsettled, although you can’t say why any more than you can describe the play’s second act in ten words or less. It’s complicated, as befits a script that uses the racism-stunted career of an African American actress in historic Hollywood to examine serious questions of race and gender, class and culture, tragic mulattos, German speaking academics who long to play Juliet, a drug addled rock star, and a talk show host who loves Vera, but doesn’t really understand her. Fabulous forces of nature aside, I feel his pain.

But I’m on the record with that force of nature thing and besides, I’m a black woman playwright myself and our work as a group is still underrepresented on the stages of America’s LORT theatres. Lynn Nottage is my sister as well as my colleague and that sisterhood, which is based on race and tribe and blood memory, cares nothing for Pulitzers or glowing reviews in the New York Times or problematic second acts. No way I’m not going to be in her corner, have her back and happily bear opening night witness. Plus, I’m in residence at this theater. I am passionately committed to being a part of its evolution and to continuing the artistic collaborations that anchor me here. I am sensitive to the importance of loyalty as well as the necessity for the truth, the whole truth and nothing but the truth.

So it’s opening night. A good size crowd gathers and I’ve got lots of friends in the house. I greet the director and wish her a great show. She looks happy and nervous, the emotions required for such moments and there is a nice anticipatory buzz as we settle into our seats. Artistic Director, Susan Booth, welcomes everybody and acknowledges the Fulton County Arts Council Chairman and several county commissioners who stand to be recognized.

In the wake of cut backs in every public funding arena, the FCAC has emerged as the state’s largest arts funder and the audience applauds them without being asked. The house lights go to half and the play begins.

Act One zips right along and at intermission, people chat happily. But then comes Act Two and the audience’s confusion is palpable. Try as I might to maintain the momentum that rolled me through Act One, I’m still frustrated by Act Two and when the woman beside me leans over to confide, “I don’t get it,” I’m not surprised. Act Two is so different stylistically it seems almost part of another play. I remember Lynn Nottage responding to a question about why she wrote a play about these African-American actresses struggling to be recognized by Hollywood as the complex, multi-faceted humans that they are. “I want these women to be seen above all else,” she said. “I want their talent to be recognized. I want their struggles to be recognized.” I want that, too, but I still don’t get it from the script, on the page or on the stage, so when we file out at the end and people ask me how I liked the play, I talk about the hard work of the actors, the creative vision of the director, the set design, the costumes. I avoid any comment about that second act, almost as if in obedience to my grandmother’s advice that if you can’t say anything nice, don’t say anything at all.

The day after the opening, I get an email from a lawyer friend who says: “Okay, Pearl, you’re the expert. Explain the second act of that play we saw last night.” I sigh and put on the coffee. My hands hover over the keys. I’m not sure what to say or how to say it. Not sure where to find the intersection of honest critique, institutional loyalty and sisterhood solidarity, I plunge in, hoping for the best. I talk about the playwright’s intentions, the challenges as I see them, the strengths and weaknesses of the script, especially Act Two, and I finish up with an apology. “I didn’t mean to run on,” I type. “I’ve been thinking about it all day, too, so you kind of walked into an ongoing internal dialogue. But here’s what I love: I love that we both saw a play by an important American playwright and that we saw it at our own Alliance Theatre and that we cared enough about it to send these emails.”

I love that we both saw a play by an important American playwright and that we saw it at our own Alliance Theatre and that we cared enough about it to send these emails.

I hit send, but then suddenly realize this is not the way I want to talk about the play at all. What I want is to engage Lynn Nottage herself in a more personal exchange. I close my eyes and imagine a late night dialogue, a fantasy moment, where we talk as two playwrights about her work and about mine, where we gather at a fantasy dinner table with mutual friends and the conversation unfolds like a flower, ideas flow like wine and in the background, playing softly, we hear the strains of our soul serenade.

Ms. Cleage I appreciated this post to the HowlRound pages, especially the personal investigation of how to honor and clarify the various aspects of thought and feeling with the respective relationships involved. Also the clarification for theatre goers that even if one does not 'get' something in a play or even like it, there still might be nuggets of gold to discover by investigating that dislike or confusion, instead of just throwing something aside with a brisk 'I just didn't get it'. I'll admit your post provided sufficient intrigue for me to want to read it. Also, I support you in finding a way to contact and communicate with Ms. Nottage to follow up on your dream / fantasy of a rewarding conversation. Who knows you might be surprised by the openness of her reception, and both of you might be richer for the conversation.

Thanks for this post, Ms. Cleage. I enjoy the act of receiving your words and wisdom, either in person or through this blog. I appreciate your honesty and the loving place your thoughts seem to come from. We, the American Theatre and its artists, are made better because of you. Thank you for that.

Pretty brave, Pearl. And wouldn’t it be soul-soothing if black women playwrights could havethat conversation we all long for with each other – a conversation to support, share, challenge, to be our real selvesas women, writers, sisters.

How to Care for Your Queer Playwright
Abraham
Johnson
Essay

How to Care for Your Queer Playwright