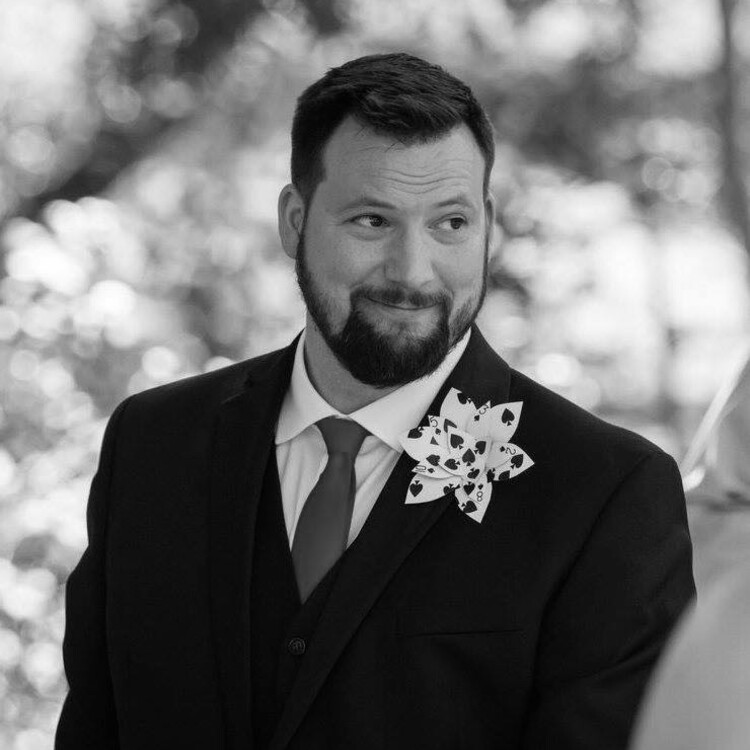 Mark Twain once said, "When the end of the world comes, I want to be in Kentucky because everything there happens twenty years after it happens anywhere else." Interestingly, Louisville, KY, is now being listed in national media as the next Austin, the next Portland, and even the next Brooklyn. This series focuses on theatre and film in a fly-over state like Kentucky that is struggling to not only join, but also lead in the twenty-first century.

I recently received a commission to create a piece of theatre for Spalding University, a small private college in Louisville, Kentucky, which is where I got my BFA in Creative Writing. My instructions were beautifully open to interpretation. I was to create a work that reflected their new curriculum theme: "Crossing Borders." Like many universities, Spalding is diving head first into interdisciplinary studies, and the curriculum theme will help professors choose reading material and activities, as students learn to use a variety of disciplines to interact with our complicated world.

I saw that I could use the theme to discuss many ideas and structures that are important to me, including the fourth wall, meta-theatricality, and intersectionality, with a specific focus on teaching enthusiastic consent. I certainly wasn't going to miss an opportunity to teach college students that only “yes means yes,” and the theme of crossing borders screamed to address the topic.

The national conversation around sexual consent is raging, but the conversation has not been as active in theatrical circles. As artists, we're supposed to push, to transgress, and to step outside our comfort zones.

I was also excited to discuss the prospect of devising a piece with actor/playwright Ben Gierhart, and actor/director Kelsey Thompson—two frequent collaborators who agreed to join me on the project. All was peachy as I began to prepare for our first rehearsal, when I was suddenly struck by the memory of a conversation Thompson and I had as friends a few weeks before.

She shared an upsetting college experience. A fellow student had been sexually forceful with her, and did not listen when she said “No.” She didn't seem comfortable calling it sexual assault, and I didn't push for details. This had slipped my mind when I invited her to the project, but as I considered exercises and scenes that could deal with consent, it came rushing back.

I began asking myself, how the hell could I ask this woman to rip the scab right off these memories, and create theatre that mirrored her upsetting experience? But it seemed equally unthinkable to not address these issues in front of an audience that so desperately needs to hear about them. I stewed, fretted, and then realized I could simply ask Thompson for her consent to tackle these issues. I’d make it clear that if she declined, it would not affect our working relationship.

The national conversation around sexual consent is raging, but the conversation has not been as active in theatrical circles. As artists, we're supposed to push, to transgress, and to step outside our comfort zones. I believe we need to do all of these things to keep theatre vibrant and fresh. But theatre is a power structure, and like any power structure, it creates abuse.

Prepping for this article, I went to Facebook to invite actors to share stories. Most responses came from women who had been touched, or kissed onstage in ways that made them uncomfortable. In almost every instance, the person who felt uncomfortable had never said anything because they were afraid of getting a reputation for being hard to work with.

The director gets to pass judgment on the "difficult" actor. The acting professor gets to grade the student, producers decide who gets funded, and theatre owners decide what projects end up on their stages. If we do not have tools in place to give those without power the opportunity to voice their concerns without fear of reprisal, we are co-signing the abuse that invariably flares up in imbalanced power structures.

To learn what those tools might look like, I reached out to Louisville's unabashedly feminist theatre company, Looking for Lilith. They've cast me in their upcoming production of Marsha Norman's Getting Out. In a pivotal scene, one of the main characters is assaulted. We haven't started rehearsal yet, but the conversation about consent has already begun, starting with the manner in which Co-Artistic Director and LFL co-founder Shannon Woolley Allison offered me the role.

Woolley Allison made it clear that the role had difficult scenes, including near sexual assault. She talked about how she thought the work should be approached, and why she thought I was right for the role. She made the script available to me, making it clear that if I decided not take the role, my decision wouldn't be held against me when casting future productions. At every step, she continued to seek my affirmative consent, and at any step I could have said “no.”

In the many conversations I heard on this topic since I started digging, the most important take away is that too many people take consent as an assumed thing once an actor accepts a role. If there is a sex scene, the actor consented because they accepted the role. If there is kissing, the actor has given up their right to object to anything their scene partner does because they took the role.

Open and continuous communication is the key to curtailing abuse. Our actors must know they have the right to object, which means that we have to start the process by telling them this. We also need to provide actors with a safety word, a phrase that can halt all action. LFL models their process after Augusto Boal, using "ouch" as their word that halts the rehearsal and allows actors to discuss why a certain scene, or action is hurtful.

Both Woolley Allison and LFL Co-Artistic Director Kathi Ellis talked about including decompression time after difficult scenes to allow actors to step out of negative and damaging emotional spaces. I believe that if we keep the dialogues open and use these tools, we can all still create daring and exciting work.

On the work that started this conversation, “Crossing Borders,” I sought consent through frank and respectful dialogue. My collaborator Kelsey Thompson was open and brave. She shared her negative experiences in the rehearsal process and the performance and helped create a funny, scary, and thought-provoking scene, which ended up being the heart of the piece. Spalding University loved it and we've been invited back to perform again.

I’d like to thank Thompson for generously consenting to have this experience discussed in this post. She's a top-notch collaborator, and I look forward to working with her again.

This is an excellent and important article, and I think the points being made a extremely important.

Eli
Keel
Thoughts from the curator

This is an excellent and important article, and I think the points being made a extremely important. As a college professor myself, I feel that we not only need to empower actors to stand up for themselves when they have been violated, but to teach those who possess power to seek consent at all stages of the process. I particularly endorse a safety word.
As much as I endorse everything in the article, I feel I must object to the introductory paragraph, which lays out the overall idea of this series. The term "fly-over state," especially in relation to a a regional theater scene that was built on the desirability of decentralization, is offensive. To imply that there is something somehow different about non-coastal states is regressive in the extreme, and an attitude that continues to reflect our theatrical obsession with a few major metropolises (which I long ago called NYLACHI -- New York, Los Angeles, and Chicago). The health of our theater culture requires that we abandon these prejudices in favor of a truly democratic attitude concerning the theater. A reference to "fly-over states" reifies something that ought to be undermined.

Great, thoughtful piece on an important conversation to be had!!