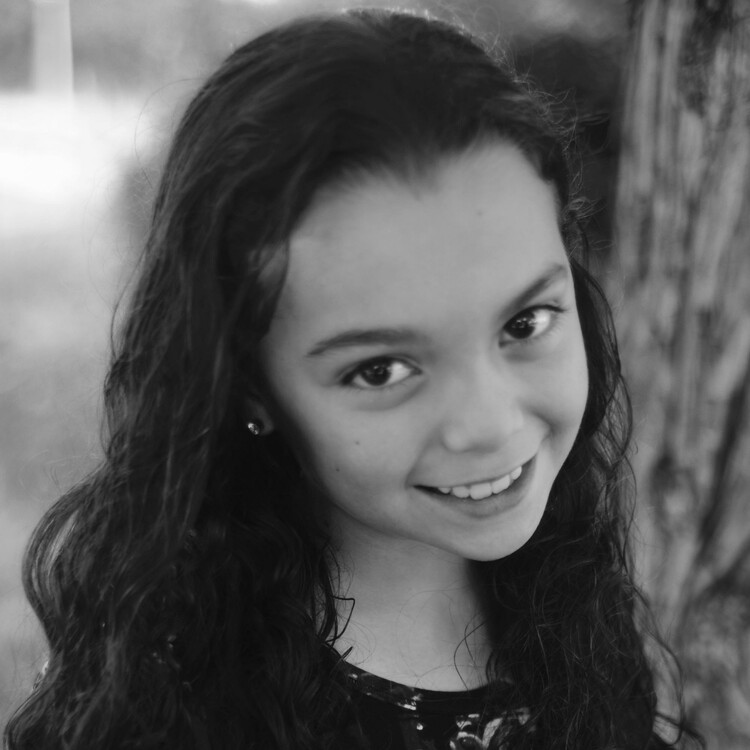 Tomás and the Library Lady

The discussion of who has the right to speak to what in the theatre field was fresh in my mind when I took my ten-year-old daughter, Genevieve, to see Tomás and the Library Lady at ZACH Theatre in Austin, Texas. The 2016 production, directed by Tamara Carroll, was seen by over 5,000 elementary school students who were bused to the theatre. We saw the show at a weekend performance with other families. The play, adapted for the stage by José Cruz Gonzalez from the children’s book by Pat Mora, is one of my favorites and I felt it would be an important piece for my daughter to experience.

Genevieve has seen a lot of theatre in her ten years, all over the US. Much of this theatre has been theatre aimed at young people and often with Latina/o characters and themes as I purposely seek Latino plays for her to witness so that she recognizes the theatre as a space for stories beyond the white TYA canon. No wonder we typically have our own vibrant dialogues after each theatrical experience. The ride home after Tomás was no exception. Genevieve immediately began to critique the play, noting the work of the actors, the script, the lighting, even the responses of the audience members during the talk-back. She was most interested in explaining how the production worked for her given her identity, and how this would be an important production for her peers at her school (mostly Latina/o and mostly first-generation college students) to see as well. I had considered reviewing the production myself, but as I watched her in the rearview mirror, I realized that I was talking to an astute audience member for which the production was intended. Alas, I asked Genevieve if I could interview her as an expert and then share her critique with the Café Onda community. So, we went to see it a second time and Genevieve took notes.

Roxanne: Tell me a little bit about your experience as an artist and audience member in the theatre.

Genevieve: I have been in many plays and seen a lot of theatre. I have also performed in, GirlsRock camp, ballet, and ballet folklorico. I think theatre is more fun than the other things I do for fun. I like theatre as much as I like being alive. I am in Medea right now with Austin Shakespeare and I am in Señora Tortuga at my school. In Medea, I play a boy and I get killed by my Mom—well, my show Mom—not my real Mom. It’s so much fun.

Roxanne: How is Tomás and the Library Lady similar or different from other plays you have seen or been in?

Roxanne: Could you give us a little synopsis of the play?

Genevieve: In the play, Tomás has to move because there is no work where his family lives. He is afraid of going to school and has bad dreams. While walking to mail a letter, he meets a librarian. She is able to kind of understand Tomás and he begins to understand her when she speaks English too. They have a lot of fun and Tomás begins to read—in English. Then, he has what he needs to face his fear of a scary teacher. Then he has to go back to Texas because there is no more work picking vegetables. He has to say “adiós” to the library lady but it’s okay because he’s not afraid of his teacher any more. At the end, Tomás dies, but first he becomes a famous writer and an important person in a university.

Roxanne: What were the themes or messages of the play?

Genevieve: I think the message of the story was that you should confront your fears. In the play, Tomás confronts his fear of having a scary teacher and not being able to understand English. But, it’s not his fault because there were no schools where children could speak Spanish. I get to speak both Spanish and English at my school. I don’t understand why the teacher was so mean and didn’t let him speak Spanish.

Roxanne: Who is this play for?

Genevieve: Kids. One thing that I noticed clearly was that a lot of kids had a connection to Tomás in his dream. I also noticed everyone in the audience was paying attention to the funny parts of the show. I myself realized that in Tomás’ bad dream, the scribble scrabbly words on the screen were words that he couldn’t understand. The play was for kids who speak English, or Spanish, or both. They translated the Spanish to English, but not the English to Spanish all the time. There was definitely more English than Spanish in the play. Since I am bilingual, whenever they translated things, it was like they were repeating it over. But I do think that it is good to translate the words. Someone said that learning Spanish was hard for them. So, maybe not everyone would understand. Most kids were the ones responding to the questions at the end which I think is really good. One thing that I think could improve is that you make sure that the adults in the audience are engaged too—just not too much that the kids don’t enjoy it.

Roxanne: What did you think of the choices of the actors, director, designers?

Genevieve: I think the actors were strong because they never broke out of character. Even at the moments where the lighting was so bright that they started sweating. They projected very well. Claire (Stephen) played the Library Lady, the little brother, and the scary teacher. I think she was especially good at playing characters that were really different. For example, the library lady didn’t speak Spanish, but the brother did. I think it’s hard to play characters that know how to do different things in the same play. The actors played all the characters really well and I believed that they were each character even though they had just little costume changes.

I also liked the projections on the screens. They helped me know what was happening, like seeing an image of a truck while they were pretending they were in a truck. Projections are good for kids because kids like video games and they get excited about anything with a screen. The music was really good. It helped us know what people were feeling in the play. I think my favorite part would be when Papa Grande was snoring and his moustache was moving on the screen. When the moustache wiggled, it was really funny. Overall, it was a great play. I saw it twice and I’d see it again.

One thing that I think could improve is that you make sure that the adults in the audience are engaged too—just not too much that the kids don’t enjoy it.

Alas, an expert, authentic voice has spoken. I think we should ask children more often what they think about plays and productions that are aimed at them. Not only can it help adult theatre artists who are working across the identity marker of age to understand their audience, but it also develops theatre critics of the future—and the present.

Thank you for your review, Genevieve! I hope we see your writing on Cafe Onda again sometime soon!