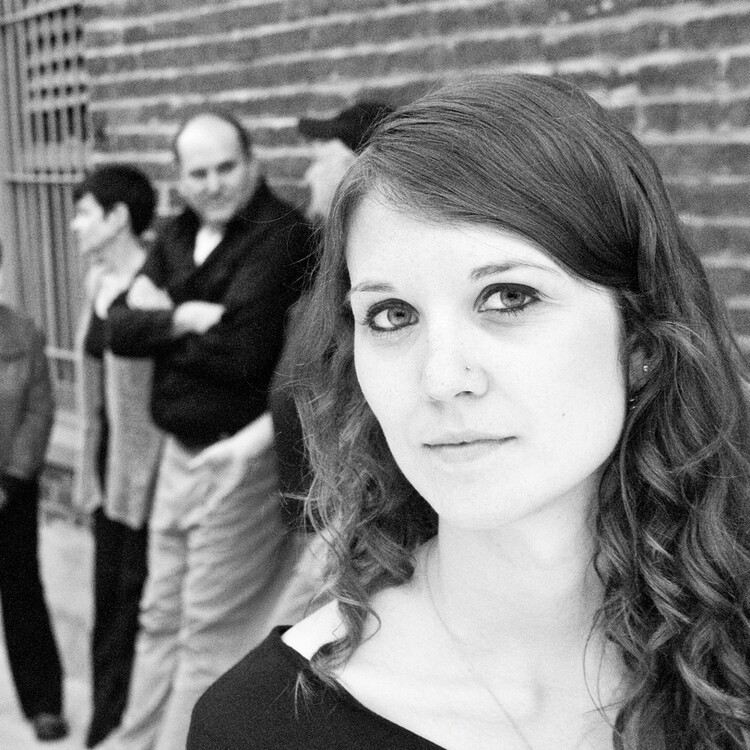 Towards a New Collective in American Theater, Part Two

The Welders is a new DC-based playwrights’ collective whose mission is to establish an evolving, alternative platform for play development and production. Over the course of three years, the collective (made up of playwrights Bob Bartlett, Renee Calarco, Allyson Currin, Caleen Sinnette Jennings, and Gwydion Suilebhan and Executive and Creative Director Jojo Ruf) will produce one play by each of the group’s five member playwrights, then give the entire organization—website, checkbook, and audience—to a new generation of artists. In a periodic series of articles, members of The Welders are going to be reporting on the collective’s experience in an attempt to share knowledge with (and learn from) the broader theatrical community.

Three years, five plays, pass it on: that’s the slogan we’ve been using to help people understand The Welders’ mission. Now that the mission is one-fifth complete—our first production, THE CAROLINA LAYAWAY GRAIL by Allyson Currin closed in April—we find that we are only just now beginning to understand it ourselves.

What we’ve started to realize is that we never took time to define success: to determine how we’d measure whether we lived up to that mission. As our production got underway, we noticed ourselves using rather predictable metrics to assess how things were going: reviews, ticket sales, and word of mouth from our peers. It became clear that in doing so, we weren’t being true to our vision. We needed a better way.

What we decided was that success wasn’t about putting great new plays into the world. That’s not to say, mind you, that we don’t want to make beautiful work. Of course we do! What artist wouldn’t? But we decided that at the end of the day—or at the end of our three years—we’re going to measure our success by how well we live up to the last clause of our slogan: passing The Welders on. The more we have to give to the artists who take over the organization after us, the prouder we’ll be.

When asked why he supported The Welders, one of our board members used a phrase that has stuck with us: “Because you’re all going big on generosity.” The truth is, our effort is about much more than getting our plays produced. We’re trying to build a machine and then set it in perpetual motion. We’re planning to pass The Welders on to people who are also going to pass it on to others who will pass it on ad infinitum.

Taking our new definition of success seriously led us to develop two new initiatives in the past six months. The first of these is a Tickets Plus program that will transform our first five productions into fundraisers for the next generation of Welders. We haven’t changed our ticket prices, but at the end of the show, we have started asking our audience members to make an extra contribution if they enjoyed the performance. This is specifically earmarked for the artists who’ll be following in our footsteps. That’s the plus. Our targeted financial goal: to leave significantly more money in the checking account than we started with ourselves. With only one production, we are already almost halfway to that goal.

Our second new initiative is an even more future-oriented way of serving our fellow playwrights. As part of a giveback program, we’ve been visiting classrooms all over the city to speak and work with writers wherever we can. No, the young artists we’ve met with probably won’t join the next generation of Welders, but somewhere down the road, maybe they will. Who knows?

As we’ve started developing new initiatives—over and above producing five world premieres in three years—we’ve had to learn to fear mission creep. Though we would love to respond to every inquiry and pursue every possibility or suggestion (and we’ve been blessed with many of those from all quarters), there’s only so much we can realistically accomplish in the time we’ve allotted ourselves. We now have firm limits . . . and we need them.

That lesson hit home particularly hard when we held our first Welders retreat. Although we meet regularly as a collective—every two weeks, no matter what, on Sunday evenings—we usually have so much moment-to-moment business to accomplish that we aren’t able to reflect. So we set aside an entire day together to stare into our navels, assess our company structure, and do what all good writers do: revise.

To begin our retreat, we worked through an exercise derived from the principles of agile software development: we created a detailed list of every single task that needs to be accomplished to run The Welders, assigned levels of difficulty for each task, then assigned those tasks to members of the collective, with a goal of ensuring that we were each pulling our fair share of the weight. Sounds like fun, no?

In reality, it was brutally exhausting, but 100 percent necessary. We learned in the process that we’d structured our company poorly. We initially envisioned that we would rotate responsibilities from production to production, allowing each Welder to have a different experience every six months. It was a great idea in theory, but it wasn’t so smart in practice. We’ve now adopted (largely) fixed responsibilities. We aligned our company needs more clearly with the skills and experience each of us brought to the collective. And we all breathed a sigh of relief about no longer feeling the need to stretch into roles for which we don’t feel capable.

We also got super weary, because when we finished our massive spreadsheet and completed our calculations, we could no longer avoid one crass fact: in the three years of running The Welders, we were each expected to contribute three thousand hours of labor to the endeavor. Three. Thousand. Hours. That’s not even counting the year we spent preparing for The Welders before we announced our existence or the time actually writing the plays we’re producing. It’s a metric ton of work.

Actually what it is if you think about the numbers is a half-time job—for each of six people, which means it’s technically three full-time jobs. Not one of us would have guessed that before we started. In fact, I think it’s safe to say that if we’d known how hard we’d have to work, we might have been defeated before we set out. In other words, our ignorance of the enormity of the task at hand probably worked in our favor.

We’re in it now, all the way. There’s no quit in The Welders. If anything, we’re doubly determined to create as much lasting infrastructure as we can so that the artists who come after us will have it much easier. If DC commuters spend an average sixty-eight hours a year stuck in traffic, and the average household spends close to 1,500 hours annually watching television, what’s a thousand hours spent building an evolving, alternative platform for new play development and production in our nation’s capital?

Will building a future for other artists ever be effortless? Probably not. But can we do a small part to create possibility? Well, considering how much we six have been given by our community and by the artists who came before us, it’s the least we can do.

Love the idea that you had to start not understanding how much work it would take--and then only calculating that once you'd gone too far to stop. I know it wasn't planned that way, but the drive behind this project is inspiring. Thanks for sharing.

Please tell us how you intend to choose the "next generation" of Welders.

We've just posted all of the details on our site:

3000 hrs/40hrs=75 full-time weeks. 75 weeks/3 years=25 weeks per year full time, or 50 weeks part time with 2 weeks vacation. I actually laughed out loud, my jaw on the floor, and did that calculation before continuing to read the rest of the article. Thinking about my own organization (we're not producing, but still) and realizing I may need to do some Get Real math of my own. Wow. I used to hate numbers but I'm coming around. There is some serious information and emotion in the numbers. All my hats are off to you all, Welders. Break a leg.

Thanks, Catherine! The numbers were definitely sobering. But you know what? EVERY time we meet, we have fun. EVERY piece of art we create together is energizing. Many hands, the saying goes, make light work. I believe that very sincerely. More so now than ever before.