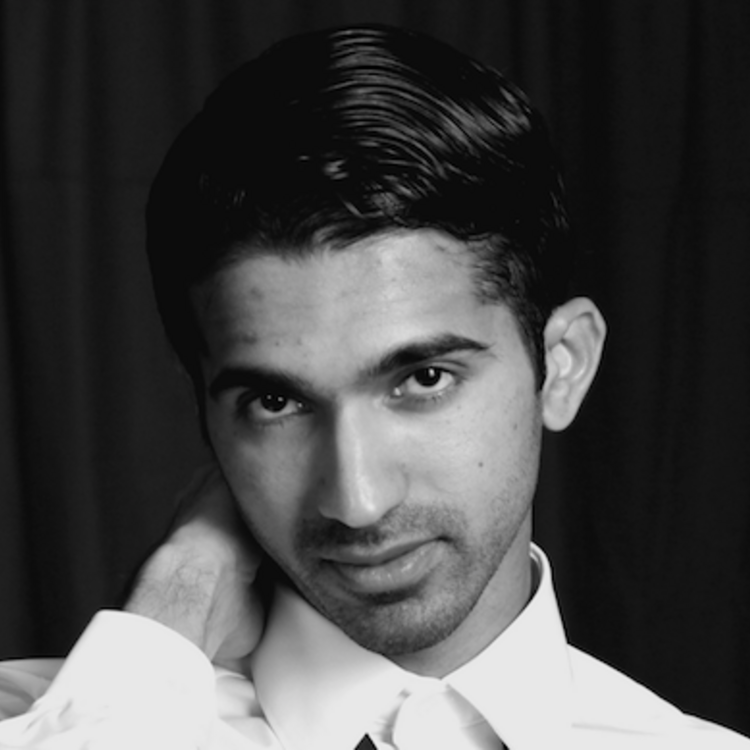 Acting Concepts Through the Lens of Physics

Can a background in physics help you understand concepts of acting? Would a transition from physics to acting be an intellectually conflicting experience? Can someone use his physics background to be a better actor? I moved to New York City from Boston in September 2015 to pursue acting. Prior to that, I was a research scientist in the Physics Department of Boston University. Every time I say that I am physicist, I get responses such as: “from Physics to acting? Wow!” Now I have completed my first year of acting school; throughout the year, my physics background has helped me to perceive acting concepts better or receive it in a physics point of view. I shall narrate this point by taking a few examples. One of the first things we learned at our school was how to work on monologues.

Let me first describe how we approach a problem in physics. We have a system which is under the influence of an external force. We are interested in finding how the system evolves with time. The trajectory of the system given by its position and velocity describes the time evolution. Velocity here is the rate of change of position with time. The system can be as simple as a ball and the force can be imparted by a baseball bat. It could also be more complex as the interaction of light with a solid. When an actor presents a monologue, the text he presents is the external force or influence, and the system is the actor itself. We are interested to see how the text affects the actor, or how the actor evolves with time under the influence of the text.

The first thing we need to understand about the system is its initial conditions. What was the system like at the beginning of time, at time t = 0 sec? What is the position and velocity at t = 0? Depending on the initial conditions, the system can evolve differently. For example, a ball hit at a ground level takes different trajectory than a ball hit at a height as seen in Figure 1(a) and Figure 1 (b) respectively. For an actor, these initial conditions are referred to as the “moment before” by Michael Shurtleff in his book Audition. Every actor comes on stage with a moment before, or what happens to them before the scene starts. He can come on stage in an initial state (i.e. joy, sadness, or anger), or start from where he is. In any case, he has a moment before the scene, just like any physical system. When there is no external force, however, the system continues in the same state and we have a straight line. For example, when the batsman hits the ball and there is no gravitational force pulling the ball down, it will keep moving with the same speed in a straight line, as seen in Figure 2. We see this when an actor presents himself as unaffected and monotonous—as if there is no text or external influence at all, or the text itself doesn’t produce any effect on the actor.

Instead of standing in my way, physics gives me an added layer of imagination to understand acting concepts and how to apply them in my work.

There are periodic motions in physics where a system continues to be in a certain state after a fixed period of time in a sinusoidal fashion as shown in Figure 3. For example, the motion of the earth around sun, or that of pendulum of a clock. An actor can undergo crest and troughs of emotions; the intensity of oscillations, and even the time period can be a function of time, thus, making it dramatic.

An actor is a much more complex system than a baseball as there are several parameters at work. Now, let’s take a chaotic system. Here the net evolution of the system is very sensitive to initial conditions. The ending would be drastically different even if the system started in two nearby initial conditions as seen in Figure 4. Let us take the non-linear case of a double pendulum. It is almost impossible to say how the system will proceed with time. We have surprising results. The evolution is complex; also quite humorous. This produces interesting acting when the audience is unable to predict the outcome of the actor in a given future instance. This means that an actor with a slightly different moment before ends up with two completely different climatic moments. This is very fascinating and interesting in both physics and acting.

Overall, what I’ve learned is that an actor evolves from point to point. He needs to be at one point and trust each point without bothering about the climax, which happens as a consequence of the trajectory he takes. He can be as uninteresting as a baseball traveling in a straight line, or as fascinating as weather changing, which is chaotic system. Instead of standing in my way, physics gives me an added layer of imagination to understand acting concepts and how to apply them in my work. I believe that this perspective is useful for students from other backgrounds, particularly science. It helps one to treat acting as any other physical process happening in nature rather than some abstract, complex, or ambiguous process. And therefore, different techniques can be developed to learn, practice, and consistently apply to acting.

Acknowledgements: I would like to thank Tom Todoroff for his inspiring classes and Dr. Meron Langsner for his constant encouragement to work on this project.