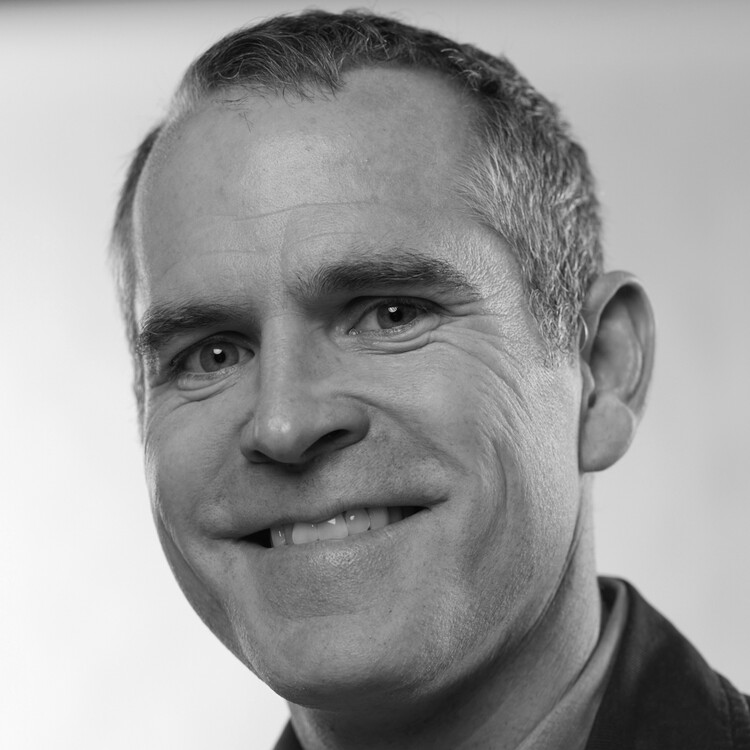 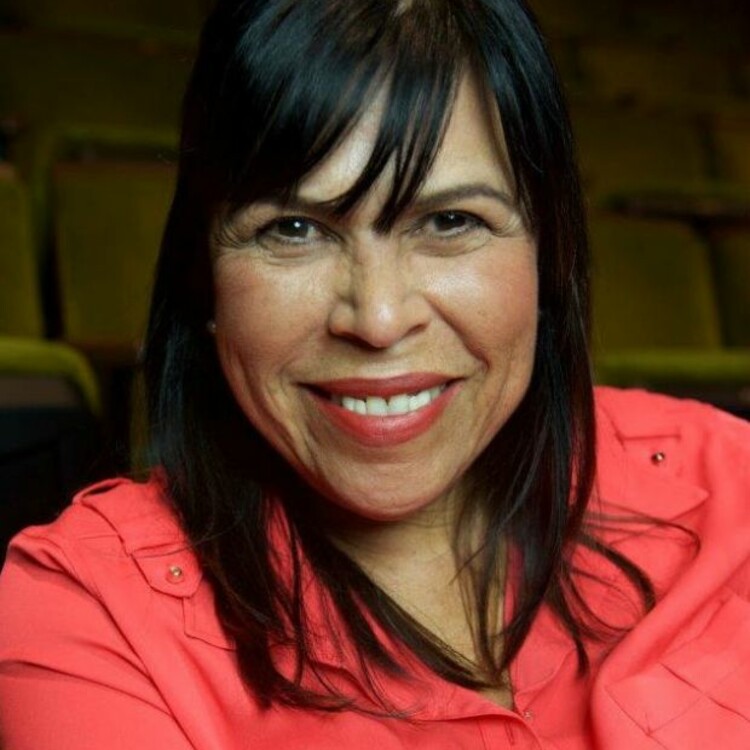 Cafecito (Coffee and chat) are interviews with comadres and compadres meant to shine a light on what small or large companies; independent artists, or ensembles are doing around the country. Café Onda is an evolving publication. Sit back, take a sip, and enjoy our monthly Cafecito. This series focuses on the playwrights from the Latinx Theatre Commons Carnaval of New Latina/o Work.

Diane Rodriguez, current president of the TCG Board and a Presidential nominee for the National Council on the Arts, recently premiered selections of her new play The Sweetheart Deal at the Latinx Theatre Commons Carnaval in Chicago. Here, Christopher Goodson asks her about the process of creating this new work, a deft blend of historical/realist drama and the ACTO, the political sketch form pioneered by El Teatro Campesino.

Christopher Goodson: The histories of both the United Farm Workers (UFW) and Teatro Campesino have been well documented in various media. What impulses guided your decision to tell the story again? Was something missing in the earlier narratives?

Diane Rodriguez: When was the last time you saw a play about the UFW or El Teatro Campesino that had a woman at the center of the story? I don’t believe ever. So, in that way, I actually thought I was covering very fresh ground. Also, this is not a story where Cesar Chavez is front and center. Rather it is a story about the volunteers that make up a movement. No social movement can happen without the thousands of people who volunteer their time because they believe in the cause and the leadership. Purposefully, I chose for us to never see Cesar. Rather, he is present in the piece through audio.

There are thousands of personal stories that came out of the UFW and this is one of them. The stories of a couple like my Aunt Elizabeth and Uncle Frank Rodriguez have never been told. Here was a middle class Chicano couple in the late ’60s with two Mercedes Benz’ parked in their driveway. They gave up everything to volunteer for the Union because they saw themselves in the Campesino and they had to help. That was the first impulse of the play, and from there I created a fictional story about Mari and Will.

A few years back, I was interviewed by a thirty-something Mexican-American dude from Arizona who majored in Theatre and he did not know who El Teatro Campesino was—a Theatre major! So, even though Teatro’s history has been well documented, there are generations who are unaware of its early work in particular.

The richness of the acto form deserves to be explored again. For Chicanos in the theatre, this is our aesthetic legacy and we should embrace it. Honor it and transform it, which is what I am trying to do in The Sweetheart Deal.

And in the end, I was in El Teatro Campesino for eleven years and this is my way of telling my story of what I lived.

Christopher: There is a lot going on in this multi-layered play aside from the main struggle of the UFW in 1970—family conflict, class conflict, machismo and the role of women in the Chicano movement, and post-combat veterans. How do you see these and other topics resonating with audiences today?

Diane: Just today I had an experience in which I realized that if I had been a man, I would have not been treated in the same way. Issues of gender disparity still resonate. We have never had so many veterans return from wars with complicated post-war trauma. Class conflict is worse than ever. With the exception of bell-bottom pants, all these issues are upfront and center today.

Yet, at the core of the story is a woman who comes to consciousness. She begins to understand what activism means for herself and ultimately how it impacts her community. What’s the point? All of us need to go out and activate our selves. If we see a wrong, we should join forces to make it right. So few of us are doing that and we need to get off our behinds and work toward righting so many wrongs that plague our country. Liking something on Facebook, or sharing a video does not an activist make.

Christopher: Can we expect any upcoming productions of  The Sweetheart Deal? What kind of producing company would be your ideal to take this play on?

Diane: The Carnaval hosted by DePaul University and the Latinx Theatre Commons was exceptional and I was fortunate enough to be a featured playwright. Out of that came an offer to do my play. So when the time comes, everyone will know about it.

Any playwright wants their play to be in front of as many people as possible under the banner of a theatre that understands and champions the work by creating context for it. I believe when audiences are prepped for a theatrical experience, they enjoy it more. Certainly, this is not in all cases. I didn’t need to be prepped when I saw Lin-Manuel Miranda’s Hamilton. And some may say, like David Mamet, that their plays stand alone, and don’t need any prep or engagement. I want folks to be immersed in the world as much as possible. So, whatever a theatre can do in the lobby or online before people see my play, the better. My play needs context because I am working in a form that is not familiar to most.

Christopher: There is a fabulous tension created by switching between the acto and the main plot, especially in terms of which actors play which roles. For example, the actor playing the antagonist Mac also plays the vendido in the last acto. To what extent did you explore the  opposite  casting? How might an extra layer of Brechtian “making strange” compromise, or complicate, your vision of this play?

Diane: I was very deliberate in choosing what characters played what archetypes in the acto and vice versa. Mac, the brother, played the vendido, or the sellout at the end of the play and played the Grower’s sweetheart in the acto. The reason for this casting choice is that in the play, Mac is in cahoots with the growers to undermine the farm workers. But I made Chon, who is the voice of reason, as the editor of El Malcriado, the underground newspaper of the UFW, the Grower in all the actos. He is basically the boss man in both realities, which also made sense to me.

In the Teatro we did everything and we all played multiple roles. We acted, we produced, and we made adobe bricks, built sets, and costumes. You name it we did it. Such is the double reality of the actors in my play—they are a theatre company playing both characters in the play and in the actos.

The richness of the acto form deserves to be explored again. For Chicanos in the theatre, this is our aesthetic legacy and we should embrace it.

Christopher: How has your work with Mattel helped shape you as an artist? In what ways did your experience with Barbie Live give you insight into the art of writing for the stage?

Diane: Ah, Barbie. In 2009 I went to Buenos Aires for rehearsal of my first Barbie Live show. It was intense. I had written the book in English and it had been translated into Spanish by the creative team they hired in Argentina. We had a set of American producers who had bought the rights to the show and were in charge of working with the Argentinian producers to mount it. There was a lot of disagreement about the ending of the show and the general tone. I had written a story about the friendship between Barbie and her best friend Teresa, in which the two girls sing about friendship and being there for each other. Well, this did not sit well with the Argentinian producers who wanted to end with a wedding. There I was in another country on my own, fighting for what I had written and standing up for myself. Suddenly, you know who you are. And it helped that Mattel finally made a decision to support me and we went with my ending. Then, we went into a big glitzy pink production number so we could end with a bang.

Barbie Live made me a good re-writer. Mattel owned it and I was working for them, but I had to be positive about notes and listen intently because I wanted them to be happy. Eighty thousand five year olds and their mothers saw the show throughout Latin America. Then in 2013, I wrote another version of the show that toured Asia. It finished touring this year in China. It’s unbelievable.

I think Barbie worked for me because I was true to myself. I wrote about what I believed and Mattel thought Barbie had the same values. So, I laugh at the surreal experience of it all because it worked. Mattel also had a great producer in Michael Cooper, who is now at 20th Century Fox. Without him, I never would have survived. After what I went through in Argentina, I’m able to step back, analyze, and then approach a situation from a rational place rather than an emotional one.

I am now a consultant on the creative team at Disney for the new series Elena of Avalor, Disney’s new Latina princess. I give notes on all the outlines and scripts. Hmmm. Barbie? Princess Elena? What is the universe telling me? I guess once a Mexican American Princess (MAP) always a MAP.

I support and advocate theater by and for the people; Valdez' Actos approach and it's uses is a great format for returning theater to the people; it

I support and advocate theater by and for the people; Valdez' Actos approach and it's uses is a great format for returning theater to the people; it might even include new employment opportunities for all theater workers in every community in the country. The present moment calls for such a return. Mil Gracias, Diane. Felicidades, Saludos, Gritos/Congrats, Salutes, and a big shout out. Podemos/we can.