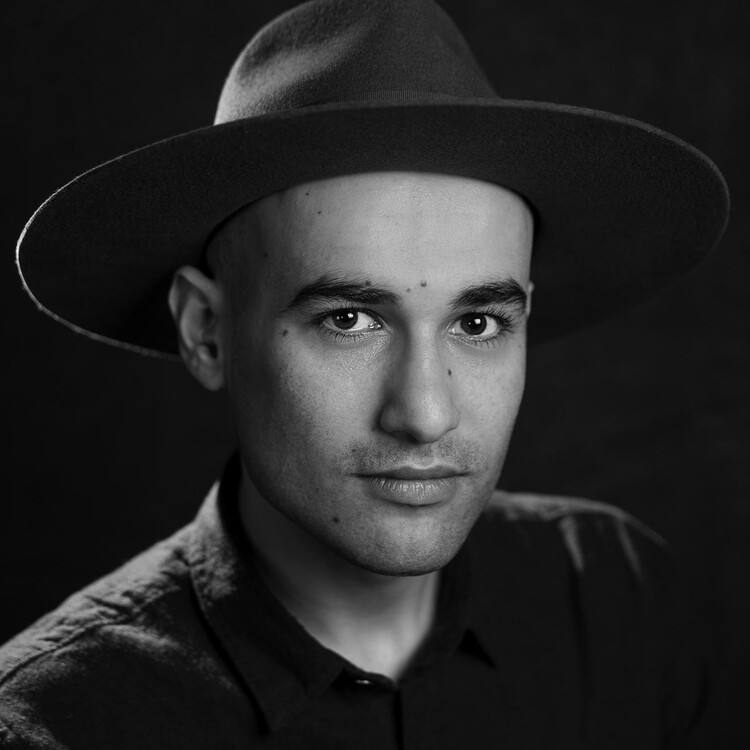 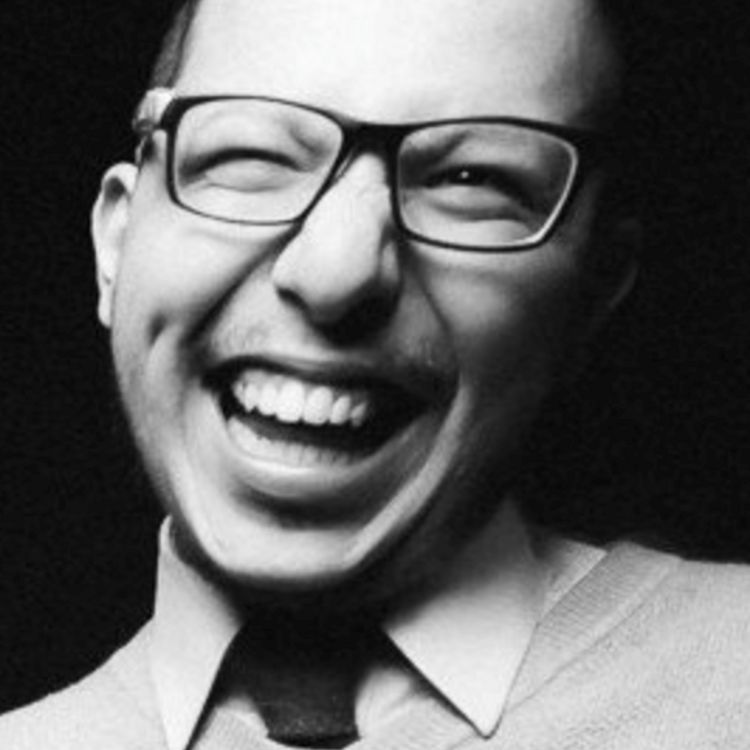 This week we are holding space for a series on decolonizing theatre practice, which is not an easy thing to do. Instead of asking for single narrative articles from multiple individuals, we have asked communities to have discussions and share them to keep the conversation around decolonization diverse and complex. Each piece is itself a conversation and we hope you’ll join! We couldn't possibly cover everything, so please add your voice and perspective from wherever you sit/stand/breathe in the circle. —Madeline Sayet and Annalisa Dias, series curators

Annalisa Dias: In all the work I’ve been doing around developing decolonizing methodologies for theatre and performance here on Turtle Island, I’ve been fascinated by the ways we forget to talk about the interconnected past, present, and future of lands and peoples all across the planet. Colonization is a global phenomenon. It involved (involves) the massive movements of bodies, cultural objects, and resources, and the drawing of discrete borders around lands. The construct of a “nation” with policeable borders comes from classic colonial notions of the nation-state, and our contemporary notions of national ethnic identities are tied up in this historical legacy.

With this in mind, and as I myself am Indian-American, I’m interested in how a conversation among South Asian theatremakers might widen our dialogue about the global character of colonial systems. Eissa Saeed is a writer and performance artist currently living in Pakistan, Amrita Ramanan is a dramaturg currently living in Ashland, OR, and Abhi Shrestha is a literary manager and director in Chicago, IL.

Context break: Let’s remember that both “India” and “Pakistan” are relatively recent inventions. Their borders were drawn after WWII, essentially at the hands of the British. And the mass movement of over fourteen million bodies along religious lines—Muslims to Pakistan and Hindus to India, which happened after partition—was the single largest mass migration in recorded human history. Its violent legacy still shapes contemporary politics and identity.

On Language
Eissa: The use of “Indian” is always interesting to me. A lot of (white) people, for instance, use “India” to define all of South Asia, which effectively discounts the ethnic and linguistic diversity of the subcontinent. Over time, the words “India” and “Indian” became shorthand for colonial empires to refer to (and dehumanize) Indigenous peoples of lands they claim to have discovered.

I think it’s telling of the supremacy of European languages and culture that English remains an official language in most of South Asia and a de facto marker of social status. But I also believe that theatre can be a powerful tool to dismantle colonial white supremacy by centering formerly colonized populations and their languages, moving them away from the role of the object towards that of the subject of our global reality.

Annalisa: Right! And that has implications for colonized languages and peoples beyond the South Asian context. If colonization involves turning peoples into commodities (or objects), how might theatre and language be used as a strategy to reclaim subjectivity?

Abhi: I think that’s a really important way to think about it—by using theatre to reclaim narratives, and subjectivity. Whether it’s theatre as a tool in education and in schools, or in playmaking, how do we challenge the expectations from an English-speaking public? Because language is about accessibility, and about who is invited to participate in the art.

Eissa: I’ve been lucky enough to be exposed to an array of South Asian languages in my life, which I try to incorporate in my work. Most of my plays have brown protagonists and are usually family dramas, so if a character should be speaking Urdu/Hindi or any other language, I purposefully keep it so and don’t translate the dialogue. To me, it’s a small way in which I can resist expectations of an English-speaking audience.

Amrita: I had a life-altering opportunity in 2013 to observe, learn, and connect with fifteen theatre artists and ensembles developing original performance work in Chennai, Bangalore, and Mumbai where the majority of my family is from. Almost every artist I encountered talked about the effects of colonialism in a post-independence India—the fact that colonial rule developed a system of censorship and extermination of traditional artistic practices. There is now a resurgence and reclaiming of those traditions, and yet Shakespeare remains the most popularly produced playwright in India.

Theatre can be a powerful tool to dismantle colonial white supremacy by centering formerly colonized populations and their languages.

On Representation
Amrita: I see exploited representations of India in both the United States and India. But I also see the rebellion in reclaiming what’s rooted in the soil of the land and what’s developed on it. As an Indian-American who has spent the majority of her life in the United States, I initially felt like an invited voyeur when I would travel to India—like I belonged and was an outsider all at the same time. I wrestle with these cultural identities in their complicated histories and equally complex present realities.

Eissa: When I see plays featuring South Asian Americans, they’re often built on harmful stereotypes—a Muslim man suspected of radicalism, for instance. Not that those narratives aren’t real, it’s just that if we don’t make space for other (often mundane) stories about people of color, we’re just building a new castle of tropes.

Western theatre communities can be influential in highlighting international stories about queer and trans folks and other identities that go unrepresented in their native communities due to colonial-era laws and structures that remain intact to this day (see: the British Empire’s anti-gay legacy). For example, last February, I had the opportunity to participate in a 24-Hour Plays production for my alma mater Bennington College. I played Nicki Minaj in drag, but we also worked on a sequence at the end during which I disrobed, took off my wig to reveal my bald head, and put on a black shalwar kameez right in front of the audience. This was when the Muslim Ban commotion had just begun, and it was stunning how the energy of the room changed with my exterior, as I lived out two extremes of my identity—a queer person and a Muslim—that don’t often get to co-exist.

Abhi: I usually feel like plays featuring South Asian folx in America is often seen through a Western lens, and because of that I feel like most of the representation is curated by assumptions. I think that if we’re not actively dismantling assumptions, then we usually end up reinforcing stereotypes. And also there’s something about representation in plays that feels binary. Either it does reinforce the new castle of tropes as Eissa was talking about, or it doesn’t even acknowledge cultural background. I think it’s important to see South Asian–Americans as Americans, but also how do we do that without participating in cultural erasure? Because that’s a whole different neocolonial structure in the American artistic landscape.

On Global Decolonization
Eissa: Historically, decolonization has flourished as a collaborative, interactive movement fueled by cultural interconnection beyond the limits of geography and time.

Annalisa: I love that. I recently read about how Gandhi and Martin Luther King Jr. were in touch with each other via letters during the civil rights movement in the United States and the movement for decolonization in India. They happened at the same time, which we sometimes forget because our narratives about history focus on one region at a time and actively erase interconnected realities. This is what interests me the most about this conversation: that decolonization is an interconnected global movement. My liberation is tied up with liberation for Palestine, for Puerto Rico, for all.

Historically, decolonization has flourished as a collaborative, interactive movement fueled by cultural interconnection beyond the limits of geography and time.

Eissa: Decolonization is about breaking institutional barriers that limit interaction between people to develop a more just and equitable world. And in terms of theatremaking, multilingual productions are one way, creative use of sign languages and surtitles is another, hiring foreign artists, producing their work in the United States... I could go on.

Amrita: Global decolonization starts with humility. And in theatre I think that means we need acknowledgement of how pervasive colonial structure is. We need to dismantle structures that support white, Western leaders and organizations in hoarding power. I’ve worked for theatre organizations in the States that hire a number of artists from around the globe, but then expect them to conform to an American standard of how they behave and build a relationship with the organization. It’s described as an exchange, but ends up functioning with a belief rooted in superiority.

Eissa: Yes! I think that centering foreign narratives should occur beyond the label of “cultural exchange.” There is ample space to defy the “single story” about the developing world. Believe it or not, the “third world” can be fun, modern, and interesting!

Abhi: Yeah, because a lot of the times the label of “cultural exchange” is used to participate in the exotizing of culture that is different, and it can again easily turn people and culture to commodities.

Annalisa: So you’re describing resisting the neocolonial narrative (in which the “third world” is positioned as “in need of saving”) and wondering how international collaborations might take place outside the complex economic and social structure of “cultural exchange” partnerships.

Abhi: I think it is important to understand that capitalism, systemic racism, the patriarchy, and other oppressive structures we see in the United States, but more specifically in the American theatre, have their roots in colonization. As Amrita was saying, the colonial structures are actually very pervasive and nuanced. We need to do work in dismantling white supremacy culture in the workplace, divesting power in decision-making from a singular source, cross-pollinating our art-making, and building global relationships.

While talking about global decolonization in storytelling, I also believe how we think about what is “universal” is important. The term “universal” has been used too many times by Western folx to colonize narratives from people of color and claim them as universal, and while calling them universal—erasing the source, which is usually culturally specific, whether religious, spiritual, or mythic. Universality comes through specificity. We see what is universal when we see patterns in different cultures. Universality comes through when we understand the interconnected reality that exists.

Amrita: Annalisa and I were talking about neocolonialism the other day—the subtle propagation of socioeconomic and political activity by former colonial rulers aimed at reinforcing capitalism, neoliberal globalization, and cultural subjugation of their former colonies. This is how many large-scale for-profit and non-profit theatres in the United States survive. They feel creating a more equitable field might mean relinquishing their power, so they structure their programming with an expectation of gratitude from artists they engage with.

Annalisa: So, all this said, by way of concluding with a question for further dialogue: if the oppressive divides we encounter in the world and in our work arise from a continuous series of constructed borders between people, what are ways we might reimagine our engagement between peoples to enable more meaningful frameworks for dialogue in our work as theatre practitioners and as humans?
***
En Español: 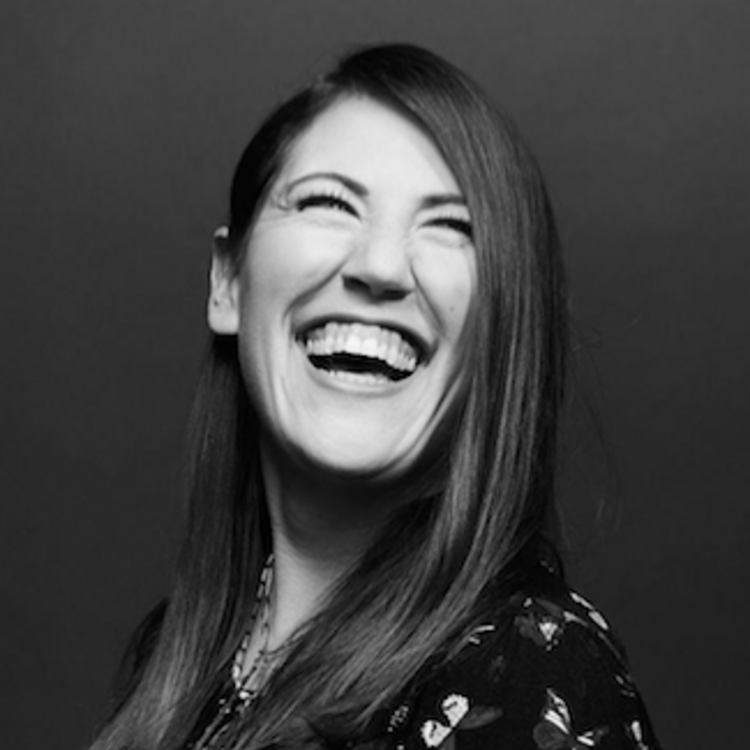 Madeline
Sayet
Thoughts from the curators