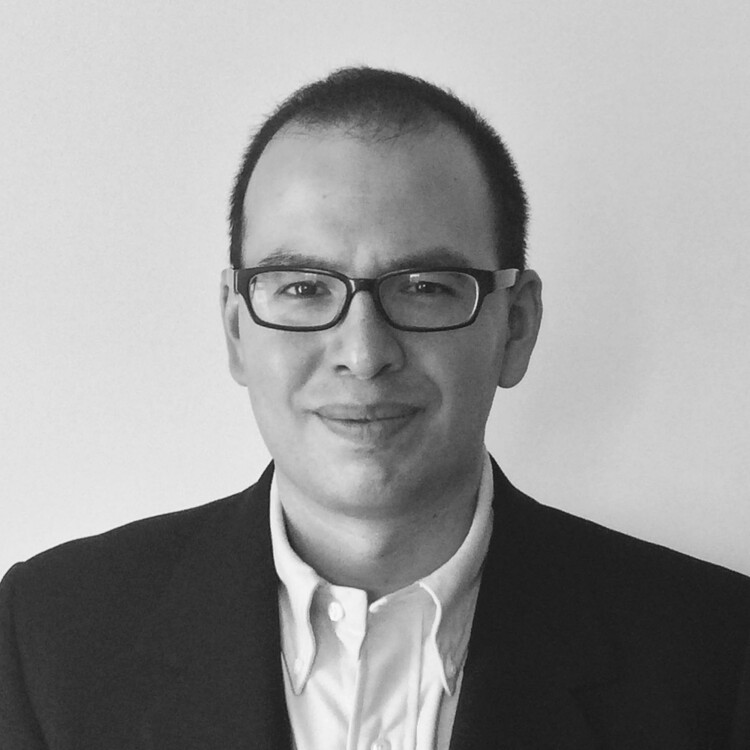 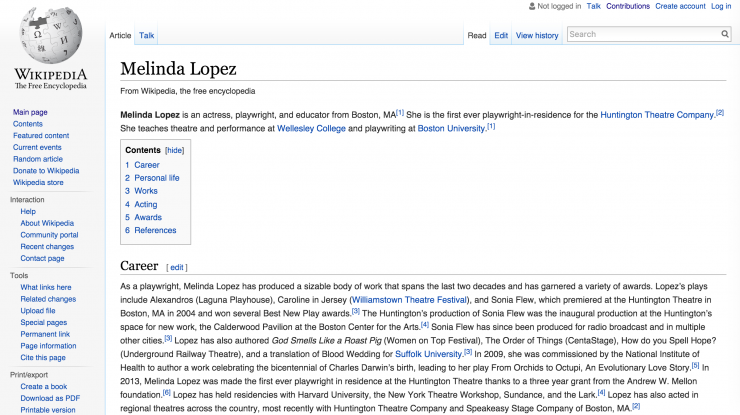 An emerging trend in my classrooms at Tufts University, a liberal arts school just outside of Boston, MA, is that undergraduates have become increasingly skeptical towards traditional models of academic production. While most students wouldn’t begrudge the idea that writing major research papers holds value, they bemoan the notion that these efforts take hours of labor only to be hastily read by a professor trying to beat end-of-semester grading deadlines.

This summer, I began prepping for my Latina/o Theatre and Film class, which is a general-level undergraduate course intended for majors and non-majors alike. The course has grown steadily from six students when I first taught it in 2011, to a full enrollment of twenty-five students in the fall of 2015. Each semester roughly 60 percent of the students enrolled are of Latina/o descent, and many are majors in the university’s American Studies and Latino Studies programs.

During my summer efforts to find varied assignments that would hone my students’ research skills and also empower them to seek expanded audiences for their work, I took great interest in the scholars’ breakout session at the Latina/o Theatre Commons Carnaval of New Latina/o Work. During the session, Carla Della Gatta referenced Jules Odendahl-James’ Wikiturgy Project, in which dramaturgs created Wikipedia articles for a number of plays, theatre artists, and other creators who were not previously represented on the site. The scholars who gathered in Chicago saw the project’s potential to incorporate elements of the digital humanities, offer a new pedagogical model for students interested in social activism, and to make visible the numerous Latina/o artists who are rendered invisible by the American theatre industry.

After conferring with a couple of colleagues at other institutions in order to assuage my technophobia and gain the wisdom of others who had incorporated Wikipedia in the classroom, I contacted Helaine Blumenthal at the Wiki Education Foundation. Over the course of a few email conversations, Helaine helped me to develop a five-week assignment that would teach students the basics of Wikipedia editing and article creation, while also allowing enough time for the students to engage in meaningful research about the artists they selected from a provided list.

Initially, many of the students were surprised that major Latina/o playwrights such as Richard Montoya, Octavio Solis, and Tanya Saracho did not have extant articles. These discoveries led to early discussions about the demographics and racial biases of Wikipedia editors. Early weeks of the project saw students discussing the value of Wikipedia for a project on making Latina/o artists visible to the wider American theatre community and strategies for locating citable sources on the artists.

The process of constructing the Wikipedia page made her mindful of the additional labor that artists of color must take on in order to make themselves visible in a realm that wishes to obscure people of color’s significant accomplishments.

When students began to draft their articles, they corresponded with me, my teaching assistants, editors from Wikipedia, and each other in order to ensure that their articles met Wikipedia’s standards of significance and neutrality. As the undergraduates moved their articles from draft stages onto the Wikipedia site, they encountered another round of Wikipedia editing. Once the pupils finished posting their articles to the site, I posted links to their work on the Latina/o Theatre Commons Facebook page so that my students could see the impact of their labor. Many artists responded and the course enrollees recognized the political potency of this classroom assignment. As of January 1st, less than a month after the students have uploaded their articles, nearly 3,000 readers from across the globe have read their work.

In the final weeks of the semester, students were asked to write reflection papers commenting on the process of creating Wikipedia pages. Many expressed joy at receiving cards, emails, and other thank you notes from the artists they wrote about. Others noted that seeing their classmates’ websites exposed them to more theatremakers than it would’ve otherwise been possible to study in a semester-long survey.

One of the most trenchant observations was made by a student who noted that many of the sites where she and her classmates found sources were self-generated by Latina/o artists and organizations created by artists such as the Commons. The process of constructing the Wikipedia page made her mindful of the additional labor that artists of color must take on in order to make themselves visible in a realm that wishes to obscure people of color’s significant accomplishments.

Although my students generally appreciated researching their artists and seeing the projects impact, several students did note the difficulty of finding biographical information that seems to be readily accessible about other artists, particularly as such information might’ve made more explicit the ways that the artists’ latinidad informed their creative processes.

In future iterations of this assignment, I’ll probably extend the word limit of the Wikipedia articles and do more to make sure that my students avoid the pitfalls of being told that their artists are insignificant, as happened to the student who was creating an article on Ricardo Bracho. But ultimately, I felt as though I successfully empowered my students to produce knowledge that would live on the Internet for as long as Wikipedia remains, and to create spaces that enable others to continue expanding and complicating the narratives of over twenty Latina/o theatre artists.

For more information on setting up a Wikipedia assignment for your classroom, please see the Wikipedia Education Foundation, specifically:

I'm a direct beneficiary of your students hard work. I am profoundly grateful-- for their meticulous research and your big vision. Yes.

I'm a direct beneficiary of your students hard work. I am profoundly grateful-- for their meticulous research and your big vision. Yes. We are the New Canon.

Totally inspiring, Noe. I am now teaching an undergrad course on Latina/o theater and would like to see if the students can get into doing an assignment like this one. I absolutely agree that this type of pedagogy is more relevant that term papers only I get to read in a rush at the end of the semester and then, so what. Hats off to you for taking the initial plunge and later sharing the resources.

Noe, thank you for creating this super valuable resource for educators, scholars, and students! The way you have weaved the story of your classroom into a tangible go-to space for us is so appreciated. The agency and empowerment that students felt is clear here. I can't wait to create similar projects in my future courses.

What a great opportunity for these students to have impact within the field. And for the field itself to see some signs of progress! Congratulations, Noe. And thanks.

Congratulations and thanks so much for the shoutout via Carla. I wanted to mention my #WikiTurgy collaborators Russell Dembin and Cat Rodriguez who have also been working with the notion of #DramaturgsWithoutBorders. All of us are interested in challenging the way knowledge about theater is built, cordoned off, and circulated and how systems of enclosure and privilege might be interrogated, intervened upon, even dismantled by the work of dramaturgs as public scholars in digital domains. I get the skepticism of folks about Wikipedia but Edit-A-Thons have also showed how working in/on open platforms can up the rigor and the ante of those platforms. Much of the movement to intervene in Wikipedia, particularly by feminists and scholars of color, was inspired by the very lack of inclusion and equity in that supposedly democratically and collectively built encyclopedia. It can only be a useful tool if we make it so. The work you and your students have done is one notable step towards its transformation.

I really enjoyed learning about your wikiturgy project and will definitely be incorporating this project into my future courses (as I imagine many profes will be doing). Having students create Wikipedia content has always seemed like a difficult and/or daunting course assignment, but, as you demonstrate, it is quite the opposite and can be an incredibly rewarding experience for the students, professor, and theatre artists. Given the comments I’ve seen on Facebook and Twitter, the playwrights are thrilled to have this platform of visibility. Even I was excited to see my work with Magdalena Gómez cited on her page!

If more educators commit to this work, we can truly add an unprecedented level of digital visibility for Latina/o theatre that has been lacking in the past.

I would love to hear some of your students weigh in about their experiences doing this project. Let them know about your work here and let’s have their voices added to the mix.

I agree with Trevor--it would be amazing if this was replicated by more educators. And there are so many Latina/o theatre artists to create pages for--directors, designers, playwrights, actors, and more. Bravo, Noe!