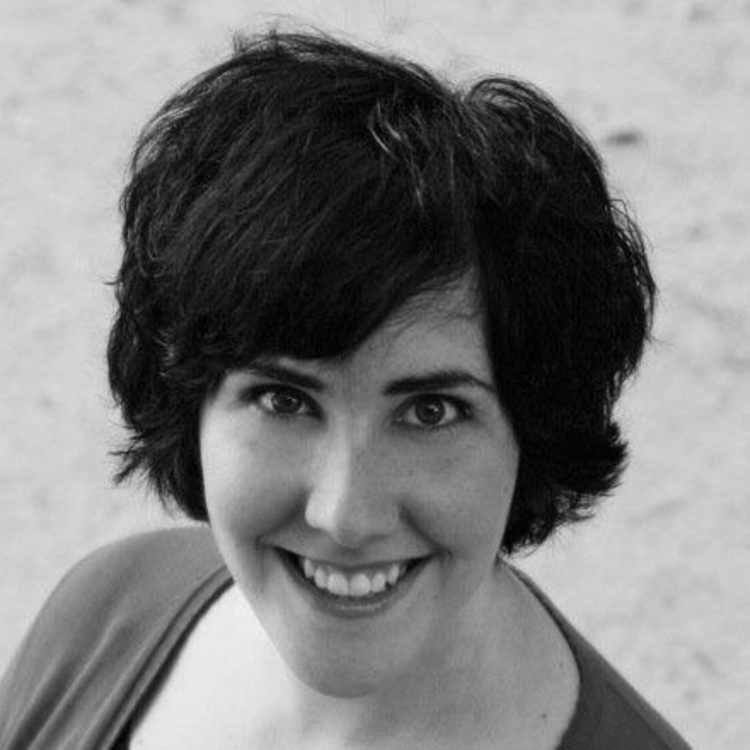 Finding Our Way in a World of Gender Fluidity

I am an outspoken enemy of typecasting. I have been since I was a young actor auditioning against the perception of what I ought to be or what I ought to look like in order to win the roles that my voice and training best suited me to play. The story I learned by heart was one that devalued my work and undermined my potential. I learned that my value only went as far as my ability to look fit into a certain box. The more aware I became of the boxes I didn’t fit into, the more aware I became of the boxes themselves.

As a woman I was expected to be thin, pretty and loveable or fat, plain and villainous. The men I worked with were brawny, dashing and heroic or scrawny, baby-faced and odd. When I went to the theatre, I didn’t see my world reflected on the stage. I saw a world white-washed and emaciated through typecasting. Casting choices reinforced the media trends toward traditional beauty and gender roles, and largely discounted the talents of the actors of color, either by ignoring them or commodifying them.

In the past decade, we have seen a movement towards greater inclusion of racial and cultural diversity in the arts. Studies like Porsche McGovern’s “Who Designs and Directs in LORT Theatres By Gender: Phase Two” which was recently featured on HowlRound is just one example of current efforts to document gender disparity, highlight our failings, and encourage a new-found focus on women in the theatre. Though slow and often inconsistent, a renewed openness to breaking through racial lines has led to an influx of talented and passionate actors of color. Where we have failed to move forward in any unified way is in the release of traditional gender roles/expectations and casting of gender fluid individuals and characters.

We are living in a gender fluid world without embracing new ways of encountering gender identity.

Playwrights should have the legal right to protect the integrity of their work, but in the case of many productions, archaic sex and gender ideals are placed at a higher premium than the integrity of the production. When Charlotte-based company Quixotic Theatre expressed interest in casting an androgynous woman in a male role in Martin McDonagh's The Pillowman, they were told by the licensing agent that this would be a violation of their legal agreement, despite intentions to play the character as male. They were compelled to choose a male actor in order to avoid legal ramifications.

Productions overwhelmingly highlight traditional gender roles in costuming and character choices. For some reason, instead of casting actors with the greatest ability to tell the story on stage, it is more important to publishers and playwrights that the actors have the corresponding sexual organs for the characters they play. Transgender, androgynous, gender-queer, and other non-binary individuals have very few access points for casting. We are living in a gender fluid world without embracing new ways of encountering gender identity.

[H]ow do playwrights and publishers suggest we cast actors who fall outside of cisgender or binary ‘norms’? Do those who live outside of our strict cisgender code get relegated to spend the rest of their lives playing only non-binary characters?

With this in mind, how do playwrights and publishers suggest we cast actors who fall outside of cisgender or binary “norms”? Do those who live outside of our strict cisgender code get relegated to spend the rest of their lives playing only non-binary characters? Must androgynous actors be kept in their anatomical boxes when they are capable of so much more? Do we believe this best serves the playwright, the script, the production, or the character?

It’s all wrapped up in the larger problem of typecasting. In the large majority of typecasting, we see cisnormative, Western expectations of who people are and what they ought to look like. We have become so tethered to the old way of thinking that we forget that human stories come in all shapes, sizes, colors and forms. Why must our romantic leads be tight bodied and traditionally beautiful in the most expected and worn out way when we are surrounded by more interesting human stories? In real life, curvy women who wear their hair close to the scalp pair up with short men with physical disabilities. Effeminate men in their 80s find their husbands in the form of transgender men in their 40s. Pale, waifish genderqueer individuals have torrid love affairs with strong, tall women with deep skin tones. And yet, when you go to the theatre, you’d think that the only way to be the hero of your own story is to fit into the right-size costume, stay in the cis-normative gender box corresponding with your anatomy, and achieve a certain standard of Western beauty.

Why do we see character descriptions of gender and immediately gravitate towards the most exhausted choice? By clinging to traditional ideas of what it means to be “a man” or “a woman,” we negate the hard work done by countless progressives who are working to create a safe space for all people. In doing so, we set ourselves in opposition to a movement that says a person is allowed to embrace their femininity and masculinity as it best represents their identity rather than being forced into socio-cultural roles dictated by outdated ideas about gender and sex.

I do not suggest that we simply do away with legal stipulations that dictate restrictions on casting that may compromise a theatrical work. There are playwrights working within gender norms to explore or exploit tradition. I am suggesting that each play and each casting situation needs to be examined for how and why a casting choice helps to uphold the integrity of the piece. We need to move past the most obvious choice in order to ensure our own growth as a community and to create access points for an expanding and shifting audience. We must create space for that fluidity.

When Charlotte Cushman played the role of Romeo in 1837, she was celebrated. Not only was Cushman considered one of the great tragedians of her time, but her androgyny was an asset, not a barrier. While she found great success in female and male roles, her Romeo, in particular, was seen as having a greater sense of nuance and depth because she was a woman. Her gender bending performance allowed for a greater exploration of the character. I worry that we are moving backwards. In the nineteenth century, we celebrated productions that utilized gender bending to enhance the work. Now, we shut them down.

When Brat Productions teamed up with Tapestry Theatre in Philadelphia to produce an all-female production of Grease, licensing organization Samuel French, Inc. hit back with a cease-and-desist. Members of the producing companies were surprised because explicit clauses about gender and casting were not included in their contract. The production was faithful to the script, but Samuel French objected to the all-female cast and directorial premise of Grease at an all-girls’ school. The production was shut down and the contract was revised for future productions to explicitly specify the gender of the actors playing the roles.

The theatre has long been a safe place for the gay and lesbian community. We have celebrated and supported the movement towards equality and have left space for both gay and straight actors to explore varying types of sexuality onstage. In light of this, how can we justify failing our trans, androgynous, non-binary and genderqueer community members by reducing them down to our binary traditions? We must abandon the established perimeters for a fluidity that matches the current shifts in gender politics.

We know better. We must do better.

Thank you for writing this!

Thank you for writing this! I was looking for more information about how the theatre world is approaching gender fluidity and this was the first article that popped up. Happily surprised I was when I discovered it was written by an old friend. Thank you

Definitely important to think about gender in this way in "normal" plays where there are people with names and its a family drama etc...but I think the best way to support non binary communities and marginalized communities in general is with ensemble theatre. The photo of the chorus above indicates an understanding of this on some level...but it seems the concept is too absent from the conversation here.

Let's break the cycle of "leads" and "stars" and do some work that reflects the way our best designs for the world can work...where no one is placed above anyone else.

Let's not just figure out legal ways of reinforcing the hierarchies in the work from the plays that have reinforced the hierarchies of inequity in or society...let's make sure we determine to create work that eliminates the inequities entirely.

I have always felt that the theatricalized ensemble, devoid of any markers (as in the masked photo above that Mr. Burgess has referenced) of gender, class, race, politics, history, does nothing to represent me as a non-binary individual. I rather have experienced this brand of theater as representative of blankness. While this is a step forward insofar as an individual production utilizing a nonidentifiable ensemble IS actively saying that White Cis is not the default human experience, it actually does very little to portray queer experience as something lived in reality.

As a genderqueer playwright, I am committed to writing narratives that subvert gender stereotypes, as well as characters who take an active role in their gender presentation. These are not "Topic Plays" that proffer some sort of education in queer existence for a cis-hetero audience, nor are they love letters to the queer community, purely celebrating the inherent 'transgression' of a queer existence. They are, to cite the above post, "normal" plays. They have leading roles and supporting roles, narrative arcs, names, continuity. If anything is odd about them, it is that they reflect my experience of gender performance, and my experience of gender performance does not require a certain type of body to play a certain role. This is why each of my scripts contains a note to casting directors reading: "Please cast the most appropriate actor for the role, without regard to anything save aptitude."

None of this is to say that my way is the right way, or to say that no queer people will feel represented by ensemble based theatre, or gender-bent productions of established work. I agree that our society's current conversation with gender has made us more cautious of exploring gender in our work, perhaps for fear of offending, which should be no impediment to genuine inquiry, but perhaps also because we consider too highly our positions as Representatives. Representation, with the upper case, is often formal in a way that makes me, as a theatre-goer, suspicious of whether my reality has been intellectualized. As we are not past the realities of inequity, I view work that presents the conclusion of gender politics as, if not optimistic, fantastical. A chorus of gender neutral bodies does not do as much for ME as a Tom Wingfield who can only let her hair down when alone with her sister.