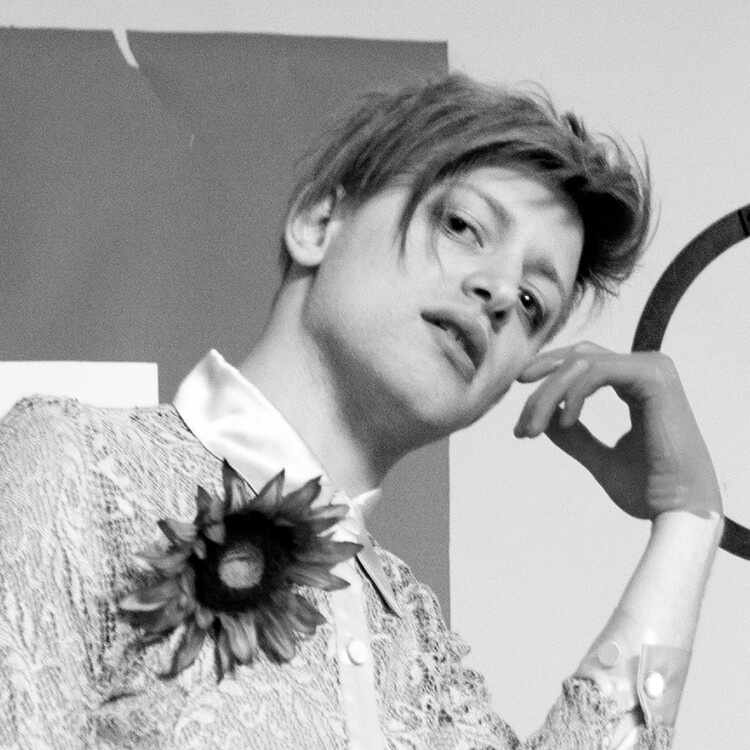 A Non-Binary Awakening in Philadelphia

In Indigenous cultures around the world, genders other than male and female have been recognized since antiquity. As a transfeminine, non-binary person, I take great comfort in that fact, especially when I’m being harassed on the street for simply presenting as my authentic self. My reality is nothing new; non-binary, transgender people have existed for thousands of years. They existed in Shakespeare’s time, albeit not with the labels we use today.

This is one of the reasons that exploring Viola’s identity as gender non-binary in Shakespeare’s Twelfth Night felt rich and expansive. In the play, shipwrecked Viola disguises herself as a man—essentially, to get a job. As a woman, she doesn’t have access to social standing without working in a court, and the only position available is as a gentleman of Duke Orsino’s court. But what would happen if Viola’s decision to disguise herself wasn’t just out of necessity, but out of a genuine desire to alter her gender presentation in a new land where no one knows her? This is a question that director Jack Tamburri and I set out to explore in our glam-rock production of the play.

What we found was unconventional. We discovered that our main character chooses to be called Vi and uses the pronouns ze/zir. While the traditional comedy ends with the promise that all gender will once again default to the binary, our production challenges that notion and allows Vi to live as zir genderful self. We chose to make changes to Shakespeare’s text to allow for Vi’s autonomy, so ze can present however ze chooses. Here’s an example from Act V:

ORSINO. Your master quits you, and for your service done him,
Here is my hand. You shall from this time be
Your master’s master-mistress. Now I see
Thee as thou art, but what shall you be called?

VIOLA. I’ll choose a name to reference days gone by
But flower am I not; thus, call me Vi.
Forget old names and use this one for me.

OLIVIA. From henceforth Vi. A sibling, you are

For transgender people today, self-identification is a hugely important value. Having the opportunity to show an audience a non-binary character choosing a name and pronouns (and that choice being respected by the other characters) was a powerful moment for me.

One night, our production was visited by a few religious zealots protesting, among many things, the queer content of the show. I’ve spent years of my life doing queer and transgender advocacy in my own Christian context, the Mennonite Church, and know how much damage and violence bad theology can do to LGBTQIA+ people. Our cast and crew of predominantly queer and transgender folks couldn’t look at people protesting our humanity and be unaffected. I watched some of my friends cry. Others created distractions to take the focus away from the protestors or ignored them altogether.

Non-binary, transgender people have existed for thousands of years. They existed in Shakespeare’s time, albeit not with the labels we use today.

For me, the anxiety of the protestors’ presence faded quickly as we started the show. There’s simply too much joy and strength in performing with a queer and transgender company and crew. When Vi came out as non-binary onstage that night, there were cheers and applause from the audience for the first time. The three protestors had taken issue with the queerness of our production, but our audience of over a thousand made it clear that we had their love and support.

It was recently decided and announced that Philadelphia’s Barrymore Awards would discard their gendered performance categories (Outstanding Actor and Outstanding Actress) and opt instead for an all-gender category (Outstanding Performance). Many other North American theatre communities have done the same, and Philadelphia (and other cities) joining the movement is overdue. Expecting non-binary performers to choose a gender binary category for their nomination is unacceptable and wrong, but this had been the only option available.

The change comes just in time for my friend, non-binary performer Cosmo Castaldi, to be nominated for their role as Medium Alison in the Arden Theatre Company’s production of Fun Home. I worked as the associate music director on this production, and Cosmo and I were among a small number of non-binary people involved in the piece. On the first day of rehearsal, a group of over sixty people involved in the show introduced themselves in a circle, sharing their names, roles, and pronouns. Yes, pronouns! I was floored by this simple gesture of self-identification, of taking the time to learn about everyone in the circle without assumption. After all, cisgender people use pronouns too.

Only two years earlier, I was an apprentice at the Arden Theatre Company, one of two non-binary apprentices in a seven-person class. At that time, it seemed that the company had rarely encountered non-binary people before and I remember the validity of my pronouns being debated in public space. Being seen and acknowledged as a non-binary person wasn’t easy that year, and I relied on the solidarity and support of other non-binary folks and allies to speak up on my behalf. Sharing our pronouns for Fun Home, while a baseline for acknowledging each other correctly, felt like a huge step in the right direction—and a measurable change for the company.

This kind of simple, step-by-step change is happening all over Philadelphia. Another example is the kind of stories theatres are choosing to tell. In June 2017, Simpatico Theatre produced Hir by Taylor Mac, starring Eppchez! as the transmasculine, non-binary character Max. In January 2018, InterAct Theatre Company produced trans playwright MJ Kaufman’s Sensitive Guys, featuring non-binary performers Eli Lynn and Jack Henry each playing both male and female roles. And much more.

While we’ve come a long way, there are still challenges for non-binary theatre artists in Philadelphia theatre. I find my cisgender communities at a loss when it comes to understanding my experience as a non-binary person beyond pronouns. Truth be told, I’ve never been part of a theatre process where I haven’t been misgendered. But justice for non-binary people is about much more than pronouns. It’s more than boxes—or the lack of boxes—on forms. It’s more than bathrooms.

All of these things—pronouns, inclusive forms, and accessible restrooms—are vital for non-binary people. But there are many overlooked realities of our experience in the artistic world that are equally important.

I’ve yet to see theatres that amplify non-binary voices and narratives go beyond visibility and representation. I want to see them championing and empowering non-binary folks to take the lead on managing images, plays, and media about themselves at every level of the process.

Theatres need to be willing to take risks and be co-conspirators with non-binary people. Can we begin to think about gender in deconstructed, expansive ways? Can we reimagine classic stories and write new ones to affirm the existence of queer and transgender people at every point of history? We’ve just only begun to scrape the surface of what justice looks like.

I’m grateful that co-conspirators worked with me to create Vi and build zir powerful internal narrative, where Vi changes zir presentation, chooses a name, and discloses zir pronouns. Together, my collaborators and I were able to share an authentic slice of modern reality for non-binary people with a community that was eager to hear it.

I hope for a world where non-binary people hold a sacred position in our community, the way our Indigenous ancestors did, in queering our understandings of gender and much more. In Philadelphia, non-binary folks are taking the lead in shaping a new narrative that will not only make our community more just, but also better tellers of our shared human story.

Thanks for reading, Emma. :)