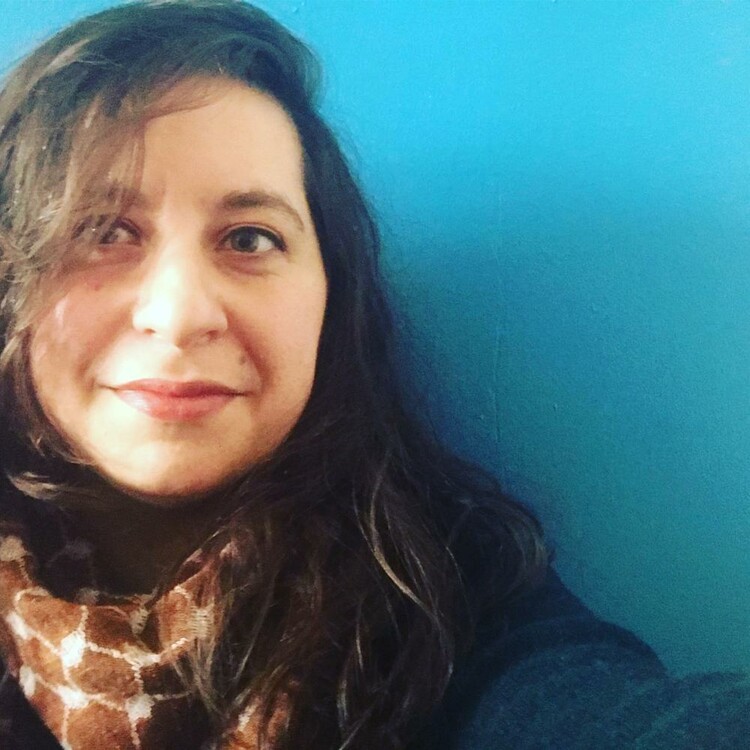 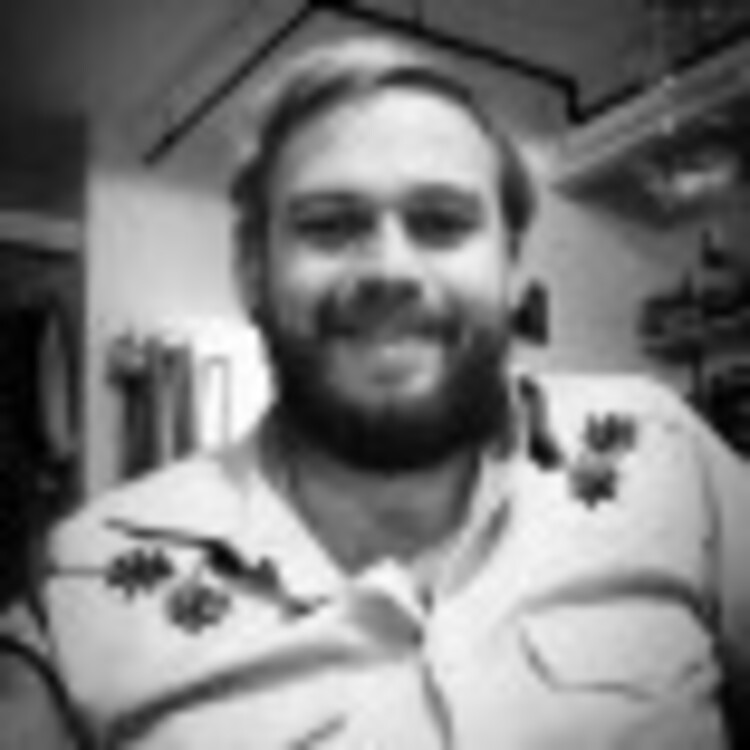 "So, you’re having a pretty intense weekend." 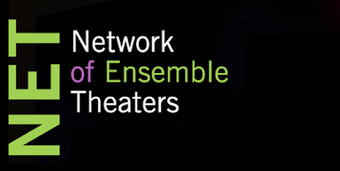 We received some version of that comment—separately and together—several times during the course of the Network of Ensemble Theater’s Microfest in Detroit. It was intense for a lot of reasons—many of them because of the insightful and stimulating conference NET had put together for us. But the intensity in question was due to another, more personal factor: we’re relocating from New York to Detroit.

When you’re an artist moving to Detroit, especially from New York, the conversation is intense.  In Detroit, many discussions turn to the much feared, very real specter of gentrification. Wondrously, though, through NET’s decision to convene in Detroit around the ideas of urban revitalization through the intersection of community activism and art, many of these issues were faced head on. It was perfect for us because it allowed us a chance to engage with our new home, with some of its issues, problems, hopes, and dreams through the lens of the ensemble work we’ve been dedicated to for the entirety of our professional lives. So, as we try to respond to the specifics of the NET conference, we also want to respond personally to the city of Detroit, the search for our artistic home there, and art-making more generally.

The Microfest represented our fourth and final visit before the official move this October, and in every previous visit we have found ourselves in similar conversations—the moment we knew this was different was when Mark Valdez, Executive Director of NET, asked the group to examine the use of emotionally charged terms like gentrification and if it was possible to be more specific in defining them. This was huge for us because, as people moving into a community, we have charged ourselves to be listeners and not loudmouths, but sometimes it’s hard to keep quiet when the language becomes divisive. Because of the nature of Mark's question and the spirit of rigorous, creative inquiry at the conference, we felt this conversation had been opened up for us to ask the questions that we had been holding in for a long time. For instance: how do community members, including artists, work together to revitalize neighborhoods without increasing market values and causing displacement? We all know this story, and artists are often blamed, but what is an alternative that doesn’t divide long-time residents and artists? What does that look like?

...how do community members, including artists, work together to revitalize neighborhoods without increasing market values and causing displacement? We all know this story, and artists are often blamed, but what is an alternative that doesn’t divide long-time residents and artists? What does that look like?

Even as we write this, we feel nervous speaking about (and for and to) a city in which we don’t yet live. One of the first and biggest things that attracted us to Detroit was the desire to move away from what we perceive as the “me” mentality of New York. It seems to us that New York has become a place, simply put, to buy and sell things and, as the vast majority of New Yorkers know, it’s so difficult just to make ends meet that very little can be accomplished outside of survival. We think that’s a problem. We don’t intend this to be a polemic against New York (not at all, we still love NYC). We also know that Detroit is far from being some utopia where people—artists or otherwise—can live without any cares in the world. But what struck us most particularly is that Detroit is a city of makers, and becoming ever more so. You can see it in the many urban gardens that dot the so-called blighted landscape, in the communities that have banded together to fix run-down homes, and in the efforts of neighborhood organizations to create alternative power systems (as in electricity—but also alternative systems of power).   Frankly, why wouldn’t we want to be a part of that?! However, one of the criticisms that Detroiters often level at newbies is that they are fashioning themselves as saviors for a failed city. We’re not coming to save or be saved, but because we recognize in Detroit a city that has the possibility of (re)making the very idea of what a city can and should be. We believe that art and theater can play an active role in the process—as many artists working in Detroit do and have for many years. An early catalyst for our decision was the discovery of philosopher and Detroit-based activist Grace Lee Boggs.

One idea Boggs and her friends and colleagues in Detroit Summer often use is “Put the neighbor back in the hood.” This phrase encapsulates our excitement about moving to Detroit—to reinvest in neighborliness. Boggs also talks about evolution, rather than revolution, and we agree that what the world needs now is not the aggression of a revolution but an evolution past the governmental and corporate greed that has made life so bad for so many. We want to be citizens of a society who collaborate outside of these systems to make something new and better.

One of the truly wonderful things about this Microfest was that we were not secreted away within some downtown hotel, but out in the city walking the streets and meeting locals. In fact, all of the activities at the conference involved this kind of experiential, bodily learning. Among the most memorable was a food performance called reVITALunch wherein we engaged with some of the city’s residents—some Detroiters, some not. At her table, Sherrine was asked, “Who do you think your audience is in Detroit?” Her answer—“We don't know.” She explained that our new company, A Host of People, was bringing our art practice together with our love for hosting and throwing great social events—not unlike the one we were at. Our goal is to invite as many people to feel a part of the work as possible. We want to combat the notion that contemporary art practices are exclusive. In fact, we think they are inherently populist. We want to give agency back to the viewer and celebrate all interpretations and responses. We exist to challenge the mundane, which isn’t the same as the familiar—to this end, we want to start by presenting performances in our home, beginning with our neighbors as our audience.

In addition to all of this intellectual stimulation at the Microfest, we were witness to several exciting performances. On Friday, Monica Blaire amazed with her incredible singing, but also with her full-throated embrace of life, in all its many shapes. On Saturday the Hinterlands Ensemble brought the history of vaudeville to Detroit in a performance made in collaboration with the Powerhouse Project and several area performers from local institutions (Bengla School of Music, Haseel Rasul from Hardcore Detroit), together reanimating a dilapidated house and dancing in a brand-new skate park in the Benglatown neighborhood. Finally, on Sunday morning we watched the artist and activist Invincible combine hip-hop and the science of emergence with equal parts visual elegance and raw, lyrical power in her show Complex Movements. It’s literally impossible to try to sum up this work in a few words, but these artists showed us that art and performance has and will continue to have a place in Detroit.

So, yes—it was a pretty intense weekend—in the best of possible ways.

Lovely ruminations, and good luck on your move to a new home. The questions swirling around the "visiting" or "guest" or "outside" artist working in and with community are central to my practice. I've found it best to embrace those questions, make them central, love them. The process is long -- years, really. Lots of listening. My own beginning is always "What am I bringing to the table?" If what I have already there, then my job may be to help to bring it out, make it shine. Sometimes what I can bring is truly needed. That might be the ability to apply certain tools, but almost always the most valuable is that gift of being an outsider -- the gift of perspective, of being able to identify patterns, of being able to ask those "silly" or "dumb" or "stupid" questions that just might be the ones that illuminate a community's understanding of itself. Seeing the forest, framing the big story -- Jo Carson was brilliant at that, and wrote of it in her SPIDER SPECULATIONS. (I was so moved when on Sunday AM Invincible referenced Jo, and her writing.) Usually the communities that choose to work with me are in transition or crisis, and at a point where the hardest questions are welcomed. So pleased to have crossed paths in Detroit, and great thanks to NET for asking those very questions.

My question has always been: How do we go into communities that are not our "homes" and create with the community there without co-opting them or taking over and bringing ourselves and our views to them? I think about this daily as i am from Montgomery, AL and hold Harlem in Mew York, The bay Area, and now Ashland, OR close to heart? How do you feel that NET is doing this?

Erin, great questions. I think another question we community-engaging artists could ask ourselves is 'why do I want to do this here?' If you can articulate your reasons - whether they be political, aesthetic, spiritual or any other kind - your work might find its resonance in a particular place. I know for me, it's an ongoing process, different in each place I work (currently Houston, Tempe, New York and San Francisco), and I don't always have an answer. But asking the question is a starting point that puts me on more even ground with the people I'm meeting.

Yes!!! Thanks for that. Another Question---how do you check in with the community you are working in? Do you have a consistent thing you do often? or is it on the fly?

Hi Erin, and Aaron, and Gerard. Thanks for reading and for your thoughtful responses. "Community" can be such a tricky word, I think. It can be both inclusive or exclusive; sometimes both at once. I think as we make our move to Detroit, at least (a CITY full of very distinct communities), our big thing is to just ask those questions -- not just of our selves, but of the people we meet. After all, true community isn't found -- it's made. It's an active process of making and being made. Sometimes when people talk about "going into communities" it feels to me a bit voyeuristic or pseudo-scientific to me. (Which is not to say that was the case at NET or with any of the present company -- only to stress that intentionality and purposefulness are key.) Our goal is to make our art in and of a new community and then, hopefully, bring that community together with other communities, something like a rhizome, branching out. And, as Aaron says (I hope it's ok that I'm naming you...) to express clearly to the people we meet and work with the why and the wherefore of our desire to engage with a new set of people, places, and principles in our work and our lives.