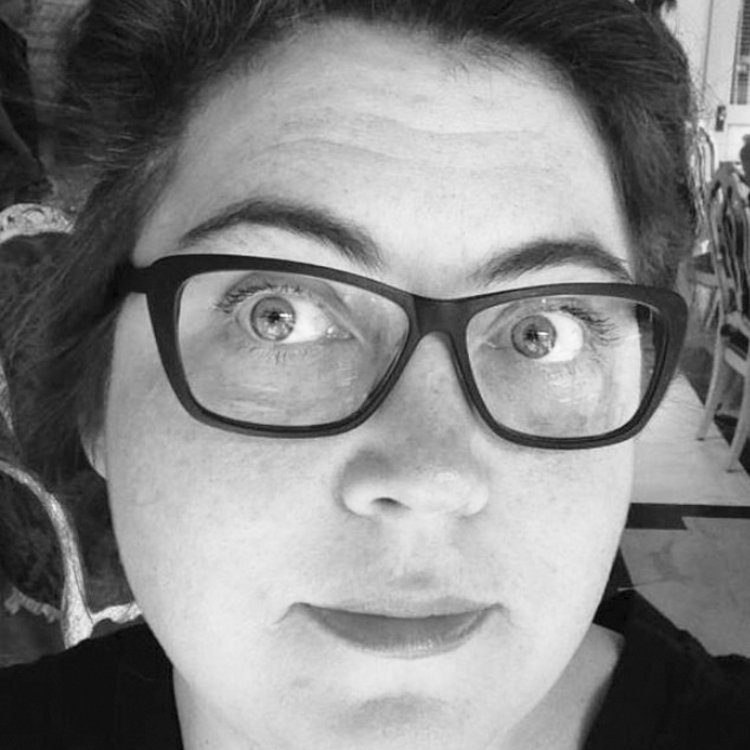 The recent HowlRound piece “Self-Production: The Viable Route For Playwrights,” resonated deeply for me. Before graduate school, most of my work was self-produced. My MFA gave me skills and tenacity, but not much else.

It has become clear we need to be entrepreneurial about our art. To get our work noticed by artistic directors, literary managers, and agents—let alone audiences—writers need to provide a concrete product audiences can experience directly.

To shorten or close the gap between a fully realized presentation of my work and an audience, I’m creating a serial podcast. This lets me put a show I’ve written into people’s pockets, to enjoy at their convenience. This summer, I’ll record the podcast, Jarnsaxa Rising, with my director Carin Bratlie and actors in Minneapolis. I’ve adapted the script to episodes, rewritten in Philadelphia, and rehearsals are in Minneapolis. Writing and producing a serial audio drama lets me use the skills I already have while developing new ones.

Carin and I developed a friendship through crafting and knitting forums, online. She was interested in Traveling Light, a play I had workshopped in Philadelphia, and she produced it in Minneapolis. On a whim one night, I asked her for a writing prompt, and she wrote:

Just above the 60th parallel in the Baltic Ocean, a team of researchers arrives at an abandoned wind farm, to investigate some unexplained energy surges. They discover that the wind farm has become sentient, and hungry.

How could I not run with such a juicy setup? I researched regional culture and wind farming like wildfire. The results became a discursive epic where Norse gods and monsters use humans and corporations as pawns in a battle for supremacy. Readings proved it unwieldy for the stage. Still, it captured listeners. It finally became clear that an episodic format felt right for this saga.

But there are adjustments to make for audio drama, like having to shut off my visual sense. I have to let the characters describe the space through verbal action. My audience can’t see snowflakes falling from a winter night sky, but I can have someone say, “Zip up your coat or you’ll get snow in your collar.”

Designers inspire me. I like writing about things that are fun to build. Our only designer is responsible for sound, and I want to leave room for experimentation. Some special effects are easy to write—an engine starts, a computer chimes. Some aren’t. If I take time to write out the sounds of a battle between Thor and a thousand Jotuns, it’ll take all day. But if I just write, “Thor fights and destroys the Jotun army,” this provides room to play. The technicians for the BBC created the sound of the TARDIS traveling through time and space by running keys up and down piano strings. I look forward to hearing how sounds evoke imaginary visuals in our podcast.

New media is a world where the audience is slippery. Leaving the story can be as easy as tapping a screen. Online media consumption comes with external context, so the research has to be solid and story must be compelling. Hypertextual thinking—bringing one’s preconceptions about a story to the experience, and using that in a search for more information—can engage audience, or send them to a new topic.

Self-producing tests time management priorities. I’m used to building audiences via face-to-face conversations, and handing someone a postcard. But if the podcast is the performance space, the show’s website is its theatre marquee, lobby, education department, and concession stand. Listeners need to be able to find it. Maintaining a social media presence for the podcast can be a time management trap. Page view statistics on the show’s blog posts are distracting. I often have to remind myself that an excellent script is better than flashy PR, and plan my time accordingly.

Working with actors through a script’s development process helps shape characters and action. Unfortunately, I don’t have that luxury—they’re over a thousand miles away. I asked them to send me audio clips of them reading things they like, and to answer brief interview questions. When I get an e-mail from them, it fires me up to improve the script, fattening up relationships and heightening stakes. It’s a new kind of script development.

It captured listeners. It finally became clear that an episodic format felt right for this saga. But there are adjustments to make for audio drama, like having to shut off my visual sense.

This is The Age of The Internet; listeners and artists are everywhere. I’ve been asking people in multiple cities where they get information about this kind of storytelling, such as comic book stores, fiction blog hubs, and podcast networks. Having conversations with people in many places at once expands our reach, telling me more about what listeners want.

I’m also learning this work has surprising benefits. I knew that Joe Orton, Tom Stoppard, and Caryl Churchill cut their teeth writing for BBC Radio. I’ve learned how to use software to create radio script templates, dictate scripts, and then have my computer read them back to me out loud. Writing a first draft longhand, in a big, blank sketchbook, late at night, makes me feel like a dreamy kid again. Ultimately, learning stuff feels good. A recent paper published by researchers at Barcelona's Bellvitge Biomedical Research Institute and Otto von Guericke University shows that learning stimulates the brain’s pleasure and reward circuits in the same way that winning at gambling does. This risk provides a lot of joy.

Complementing writing for live theatre with audio drama gives me tools that are old, familiar, and new. This work benefits me in an intrinsic, visceral way. It’s not that I never want to get paid for my work or see my plays produced live ever again. I hope this project opens doors. However, it reminds me of why I started writing in the first place—to learn more and use new ways of relating to and connecting with others. 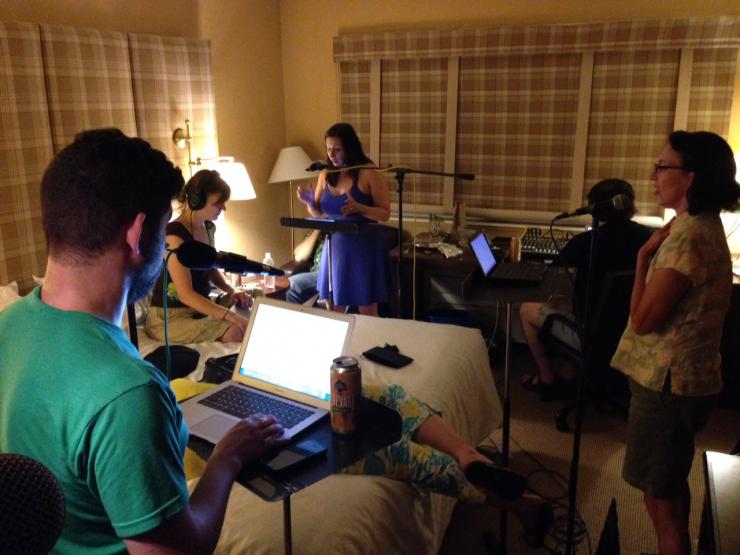 I've been thinking a lot about audio drama recently as a playwright, too. More from a horror point of view. Thanks for sharing your process and reminding us that it's a valid and amazing new form to explore in addition to live theatre.