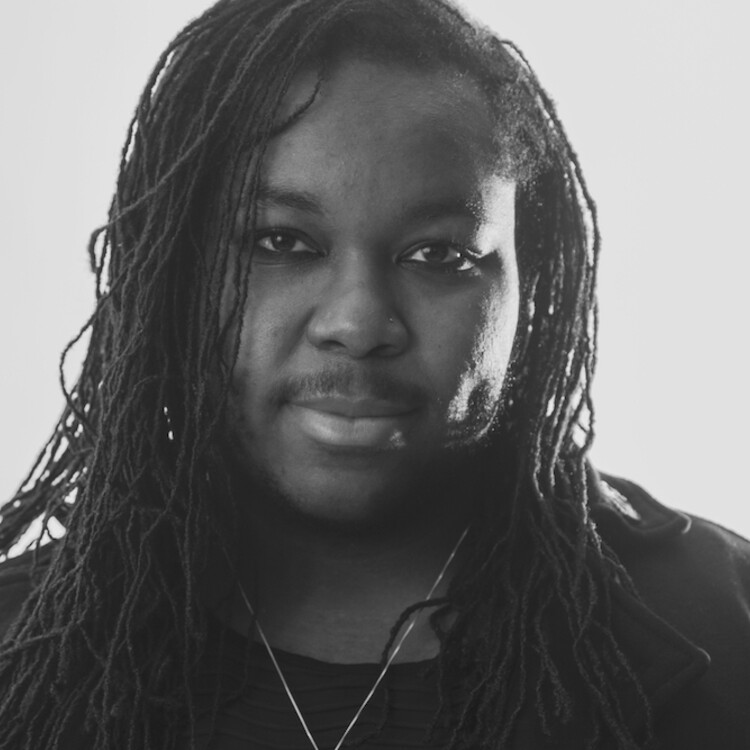 An Interview with Azure D. Osborne-Lee

“Folks want to include the idea of us but not the reality of us,” I heard from playwright, director, and performer Azure D. Osborne-Lee on the subject of trans casting. I first met Azure three years ago when I was looking for trans actors for a play of mine. I emailed Roots and River Productions, a community of queer artists of color to say I was looking for a transmasculine actor. Azure, the artistic director, wrote back. That was before I knew any trans actors, before I knew other trans theatre artists, before we’d started this whole big conversation about trans casting and trans narratives. Since then we’ve had meetings and written articles, we’ve had showcases and are moving towards our first convening. And Azure has been a part of this conversation all along. An extremely generous and thoughtful participant, Azure is full of compelling ideas and a driving desire to make things happen.

I have also had the honor of getting to know Azure’s work: imaginative, creepy, magical, expansive plays full of complicated characters I fall in love with. I was particularly affected by his play Crooked Parts, in which Freddy, a trans artist in his twenties, visits his family home for the first time in a while after a hard break-up. This story is woven with the story of Winifred, a twelve-year-old girl living in the same house eighteen years earlier who is getting used to being the only black girl at her new school. The story leapt off the page for me. I felt deeply grateful for this creative and articulate expression of trans experience—how our genders change over time, how coming out and transitioning are actually life-long processes of discovery and change, how rich and complicated our connections to family of origin can be. I wanted know more about Azure’s work and his smart thoughts on trans people in theatre and so I caught up with him to talk about Crooked Parts, trans narratives, trans casting, and more.

Tell me about Crooked Parts: how did you get started writing it, what inspired it, etc.?
I look at Crooked Parts as a natural continuation of the work I started during my first stint in graduate school. I was working on an MA in Women's & Gender Studies and was specifically studying Black women's hair care and aesthetics. I spent a lot of time thinking about the way that Black women feel about themselves in relation to their hair, and also about the transmission of knowledge from one generation to the next. So basically I was thinking a lot about myself and my relationship with my mother.

I finished that MA in 2008 and moved to New York City in 2009. I had an internship with Freedom Train Productions, and one of the perks of the internship was automatic admission to their writing workshop series. I had never written a play before that summer.

Crooked Parts was born out of a writing exercise. Aurin Squire, who was leading the workshop series, had us write about a childhood ritual and the moment that ritual stopped. I decided to write about the time in my life when I decided I wanted to start getting my hair relaxed. My mom had braided my hair for me up until that point. When I decided that I didn't want that anymore, our relationship changed.

I love how you move between times in this play, showing a character at different parts of their gender journey. How did that part of the play evolve? Where did the idea come from?
Crooked Parts started out as Winifred's story. It was a play about puberty, about choosing which pieces of yourself to hold onto as you grow. It was about Black hair and music, the 90s and fraught relationships. That was back when the play was just one-act in the late 00s.

Years later, in 2013, I moved away from Brooklyn when my relationship fell apart. I was depressed, in my high school bedroom at my parents' house, mustering up the courage to give New York City one more try. And I decided to do what my ex-partner had been encouraging me to do for years: write a second act for Crooked Parts.

I started writing about now grownup Freddy and his relationship with his family as a way for me to figure out what the hell was going on with my life as I went through the thick of my Saturn Return. Then I sent the now full-length play off to a couple of places.

I ended up getting accepted to Rising Circle Theater Collective's INKtank, a play development lab for writers of color. Through INKtank I started rewriting “Crooked Parts” under the mentorship of Migdalia Cruz and Deepa Purohit. Migdalia advised me to try blending the two storylines to break the continuity up. She suggested that I might be too familiar with how the story went, and that by wrapping the stories of Freddy and Winifred around one another, I'd be able to find something new. She was right.

Tell me about other plays you are working on. Where do your ideas tend to come from?
The play that I'm currently working on is called Glass. I think it's really indicative of the direction my work as a playwright is headed in. It definitely falls under the umbrella of speculative fiction—it's not science fiction, not quite fantasy, but it's definitely speculative.

I'm the child of engineers. My dad is a chemical engineer, and growing up I modeled a lot of my tastes after his. So I was the kid on the playgound packing a couple of decks of Magic the Gathering and a thousand-page Tor novel.

I still really love science fiction and fantasy. I listen to short stories on PodCastle and EscapePod when I get the chance. One day I decided to try my hand at writing the kind of work I love to read. So I just let my imagination roam and stopped worrying about whether what I was writing was stageable.

Glass is an origin story, a game, and an exploration of the concept of home. It's a crossroads story set in two different worlds, one of which looks a lot like our Deep South. There's magic and people with the characteristics of animals. I should be done with the first draft by the end of summer.

What kind of trans stories do you see a lot? What stories do you wish you saw more?
I see a lot of coming out stories and a lot of stories about binary trans people. I'd love to see more stories with characters that are incidentally and also intrinsically trans. I'd love to see more non-binary trans characters; folks who are somewhere in the middle of the gender continuum, even after transition.

What unique challenges do you think trans artists face? What about trans artists of color?
I think that trans artists, and actors in particular, often face the challenge of not looking the way people want them to. So say you're a trans actor, and a casting agent reaches out to you because they've heard that you're trans and you've got chops. But then they see you and you're not what they had in mind. Maybe you're too short or too tall or too fat or too youthful. I think this happens a lot. Folks want to include the idea of us, but not the reality of us.

Who are some trans artists you love and want to plug?
I'm just gonna throw in a quick plug for my buddy and actor extraodinaire, Jax Jackson. He's really talented and you should hire him.

Oh. And MJ, I just saw some of your other articles. I see that you address casting for trans* and gender non-conforming folks. Will check them out.

Thank you so much for this story. I am excited to learn of your work, Azure. As a grad student instructor, I had a non-binary student in one of my acting classes. Before I caught on and before they were comfortable talking to me, I misidentified them in a role in our first scene assignment. I noticed this and approached the student, asking how they would like to be cast in the future (and then did so accordingly).

It was then that I became acutely aware of how gender-obsessed our profession is. Think of every casting notice ever: "Woman. Age 20-30. Man. Age 50-65." etc. (and let's not even get started with race bias in casting). Anyway, I put together a small database of non-binary gender monologues for this student. When I create devised work, I am more and more interested in non-binary characters. When I direct scripted work, I consider if it makes sense to cast a trans* performer and whether that would matter or not in the role (not that I have a lot of trans* performers auditioning, but still, I think about it). Anyway, thank you. I look forward to the next posts in this series!

Oh. And MJ, I just saw some of your other articles. I see that you address casting for trans* and gender non-conforming folks. Will check them out. Thanks for this interview.