A Conversation with Anne Bothwell

Will Power is the Playwright-in-Residence at Dallas Theater Center through the National Playwright Residency Program, funded by the Andrew W. Mellon Foundation. Find out more  about his residency experience here, and learn about the impact of the program at large here.

Dallas Theater Center recently opened Stagger Lee, a world premiere new musical by Will Power, DTC’s Andrew W. Mellon Playwright in Residence and composer Justin Ellington. And thanks to KERA, Dallas’ Public Broadcasting station, the musical’s journey has been documented from its earliest workshops to opening night. Art&Seek, the arts unit of KERA, has created an exciting new online platform—Stagger Lee: Making a Musical—which is a digital storytelling project that tracks the musical’s development. I was able to ask Anne Bothwell, the project’s producer, about the process of documenting Stagger Lee and creating this new online presence. 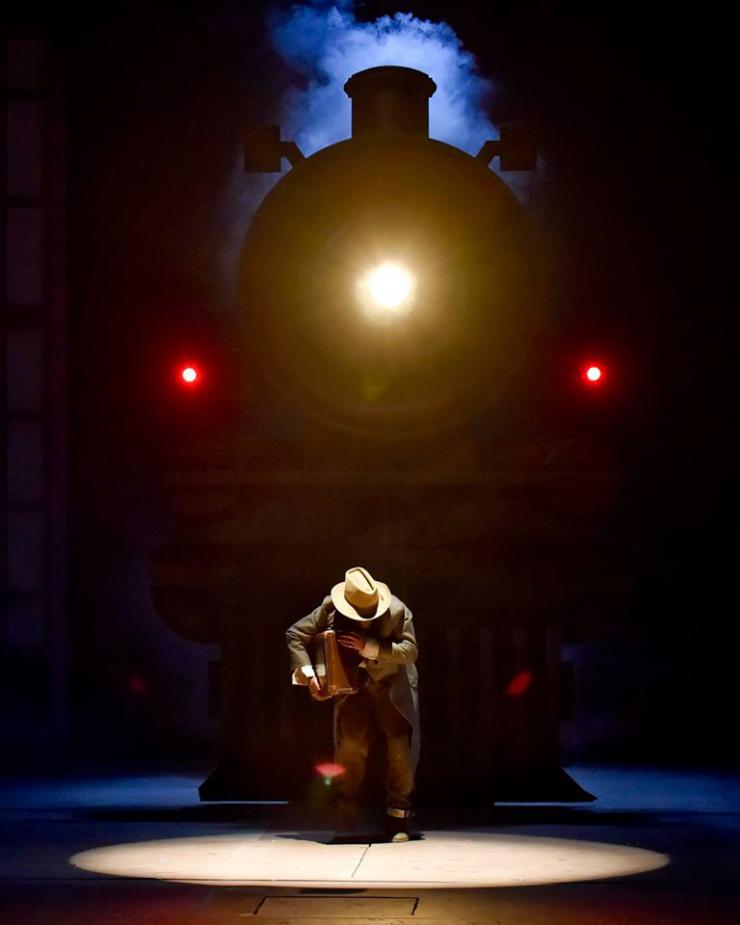 Jonathan Norton: Tell me a bit about the genesis of the project.

Anne Bothwell: Jerome Weeks, the lead producer on Stagger Lee: Making a Musical, was invited to a very, very early reading of Stagger Lee. It may have been more than two years ago. We got excited about a professional musical being created here in Dallas—that’s pretty rare. And we were delighted to learn that the Dallas Theater Center would consider giving us the access we needed to make the project—also a rarity.

With the Winspear Opera House, City Performance Hall, and Wyly Theatre—not to mention its three museums—the Dallas Arts District is an impressive collection of venues. But there’s been quite a bit of talk and effort around creating new work here in Dallas. So that was another reason we were interested: What does it take to put on a production at a level expected at these venues? What does that creative process look like? Following Stagger Lee definitely fits that goal.

Art&Seek is part of KERA’s news team, which has a commitment to what we call digital storytelling. We’re taking what we’re traditionally known for—documentary-style video, great radio sound, excellent reporting—and using it to create immersive experiences in the digital world with desktops, tablets, and phones.

Jonathan: Why did you decide to create a website and not just link video to the Art&Seek website?

Anne: Since we are a nonprofit media company, we are constantly thinking about the different ways people access news and information. One part of that is figuring out how to deliver our work across a variety of new and ever-changing platforms that are at the level of quality people expect from an NPR and PBS affiliate.

Art&Seek is part of KERA’s news team, which has a commitment to what we call digital storytelling. We’re taking what we’re traditionally known for—documentary-style video, great radio sound, excellent reporting—and using it to create immersive experiences in the digital world with desktops, tablets, and phones. Not too long ago, the station hired a brilliant developer and designer who created the WordPress template we use for Stagger Lee: Making a Musical and all our digital storytelling projects. I’m sure we’ll continue to tweak that template and explore new platforms.

Jonathan: How did you determine the shape and content of the project?

Anne: Ha! It definitely revealed itself over time. It was a big challenge to focus the project. While we were on this story for over a year, we knew going in that the production would change dramatically in the last two months. We also knew we’d launch the series before Stagger Lee previews began. But none of us completely understood how much things would change, or how late in the process key issues would be addressed, like the costumes, cast, and sets.

This created all sorts of challenges, from figuring out radio storylines to making concepts for the videos.

At first, I think we all had in our heads that our three-part radio series would be one story, with a beginning, a middle, and an end. We quickly realized that would be difficult to pull off, since the pieces would be airing a week apart—we couldn’t assume listeners of Part II heard Part I.

And for video, it simply wasn’t possible to take the “shoot everything and figure out what the story is” approach. Dane Walters, who produced, edited, and shot virtually all of the footage, was working on multiple other station projects during the time we followed the show.

Gradually we moved toward thinking about the radio stories, the website, and the videos in terms of the book, the music, and the production. That led to filtering through Will Power (book), Justin Ellington (music), and Patricia McGregor and Camille A. Brown (production).

We were also conscious about making sure videos and radio pieces complemented each other, but didn’t overlap. I decided fairly early on, for example, that picking one song (I think we lucked out with “St. Louis”) and following it over time would be an effective and manageable way to track changes in the production. That could have been a radio piece, but we felt video was a better way to “show” rather than “tell.” 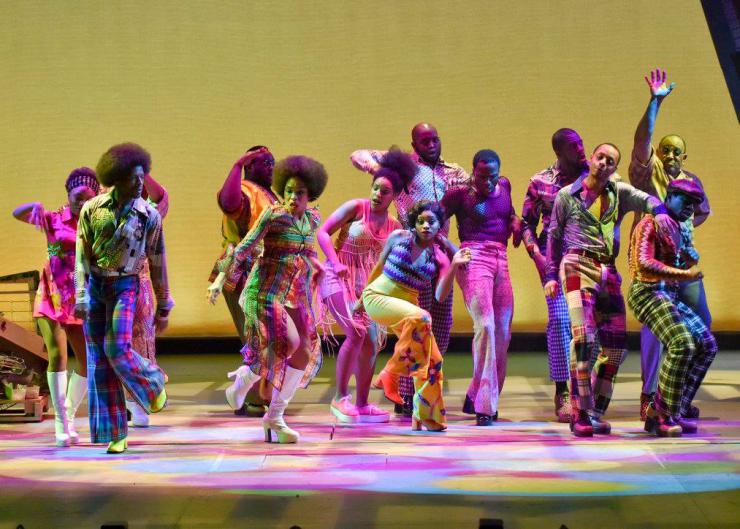 While these organizing principles were helpful, they didn’t take us all the way. Jerome wrote at least four very different versions of some of the radio scripts and we tweaked them up to the last minute. Dane’s challenge was especially enormous. For example, Justin Ellington sat down at the piano with us early on and played through his ideas of how music would express different decades and locations in the piece. We knew this was a really rare opportunity to show folks how a composer thinks, but we couldn’t get footage of how it would be translated on stage until a day or two before the video had to be posted. As I write this, Dane is at opening night at the Wyly, shooting B-roll for our final videos. Our last installment goes up February 5th.

Anne: I wouldn’t change the team for sure.

I asked Jerome and Dane about this; Dane could have used more cameras on location, for a wider variety of shots. And while we had great access, we always want more. Jerome would have liked to spend more time reporting on the money it takes to create a show.

As for me, we will continue to create digital storytelling projects. I’m proud of our efforts so far (Secrets of the Meyerson, Stagger Lee: Making a Musical). We learn a lot each time we do this. I’d like our next series to touch a variety of artists and organizations, rather than focus on a single institution.

The Collaborative Possibilities of Mediaturgy

A Blueprint for Risk-Taking