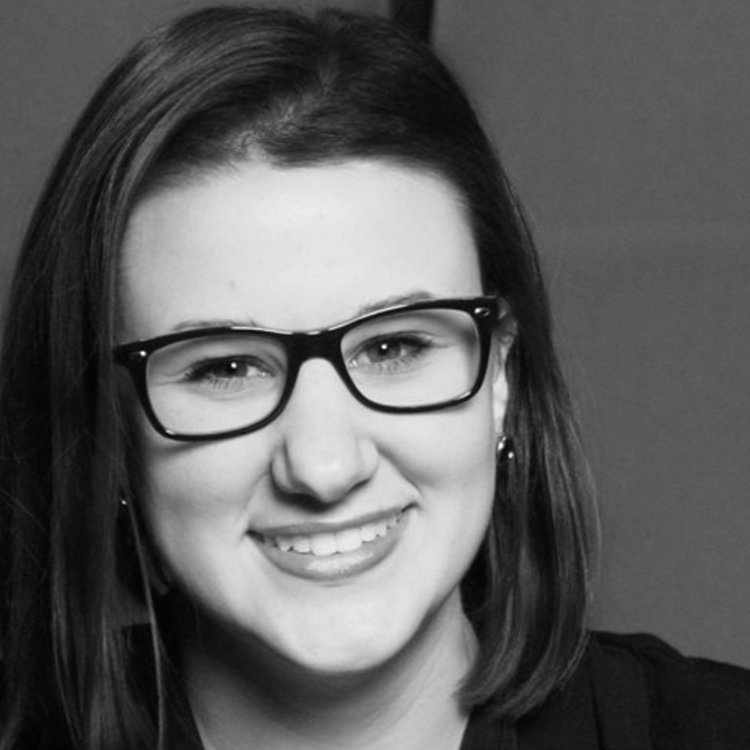 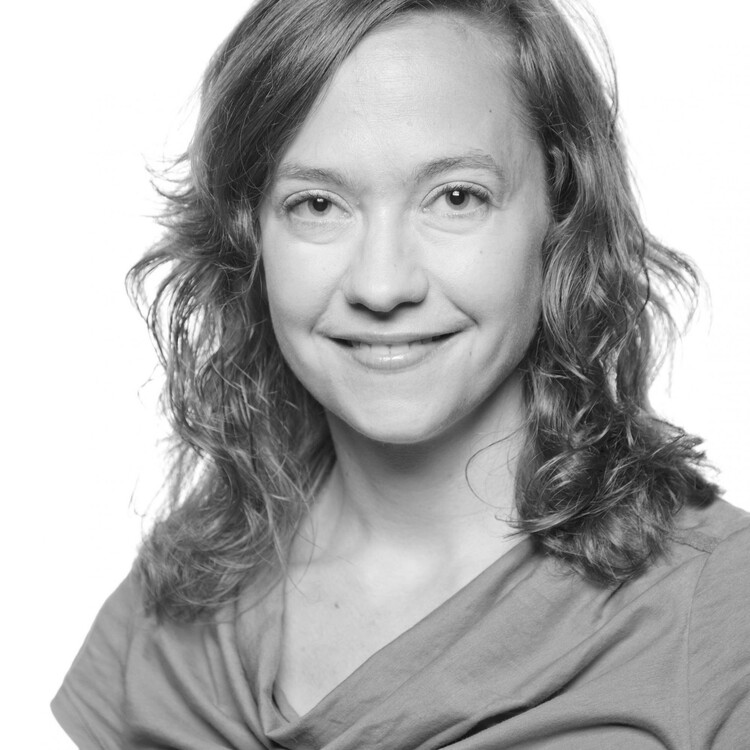 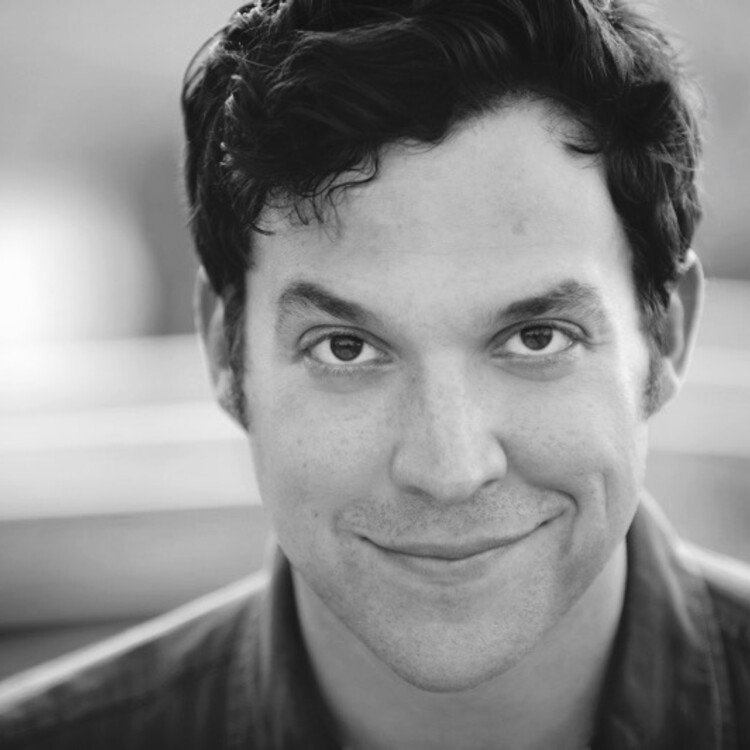 Lauren Alexander: Have you worked together artistically before? How does your relationship enhance the product on stage?

Shirley Serotsky: Well, we were frequent collaborators between the ages of six and eighteen. Favorite projects include a piano duet of “Bicycle Built for Two” in the second grade; a vocal rendition of “I Don’t Want a Cabbage Patch Doll for Christmas” for a holiday choir concert in 1984; and our deep and nuanced portrayals of Tevye and Golde in Fiddler on the Roof in the eleventh grade.

As adults, we’ve only worked together once before—on a new play reading we did at Theater J. In that, Aaron played the older, taller, wittier sibling in the story. Indeed, that might have been a little bit of typecasting.

Aaron Serotsky: I sang "I Don't Want a Cabbage Patch Doll for Christmas" at my Hamilton audition.

Kidding aside, apart from a reading or two together, a one-off concert, this was the first time I'd ever really been "directed" by Shirley. We're two people who had spent so much time together in childhood that when it came time to think about college, we both knew very firmly and instinctively that we were going to part ways. Despite having very similar career goals at that point, we made a sort of implicit pact that we wouldn't apply to each other's first-choice school.

And now, some twenty years later, we've found ourselves working in the very same world of the theater, having conversations not terribly dissimilar to those we had in our childhood home.  We follow each other's careers with interest; we try to see as much as we can of each other's work (while living in different cities), and we certainly thrill in each other's successes.

What's been most interesting for me in working on Stars of David together is finding out just how much of a common aesthetic we share in the making of theatre. I knew Shirley was a great director; I didn't know that she uses some of the very same language that I do in describing a particular moment or desired style. She seems to want to see the same kind of performance that I do, and I wonder if there's any genetic "link" to that common desire.

Shirley: While we’ve never had a full-out twin language going for us, I do think that even now—after not having lived in the same house for over twenty years—we speak with a sort of short hand. We have such a wealth of shared experience that I can say a word or two, and he seems to get where I’m going with a thought. We understand each other’s wavelengths very, very well. As teenagers, we sometimes used this to mentally abuse each other. As adults, we use this power only for good.

Aaron: It's also been fascinating to come to this project with the history that I bring, having done the piece two years ago in New York. During our work, Shirley offered ideas and/or had insights that had never even occurred to me the first go round. As an actor that can be a little embarrassing, but once you get past the "why didn't I think of that!" impulse, it's very exciting to return to a song or monologue and be able to look at it, in a sense, anew. I'm grateful to have had that opportunity.

Having a twin brother who is a professional actor continually reminds me of how much respect and admiration I have for actors. It is such a challenging profession—wonderful and rewarding on good days—but never easy.

Lauren: Has your relationship always been Aaron as the actor and Shirley as the director? How did you fall into those roles? What drew you to the theater world in the first place?

Shirley: I was an actor/singer in high school, and then a musical theatre major when I started college. I transferred schools after two years. While at North Carolina School of the Arts (where I landed), I shifted into the directing track. I’ve been directing ever since, and in the past decade have also included dramaturgy and artistic programming in my portfolio. In some ways, the word “fall” perfectly describes my journey: at each step I was offered an opportunity to try a new skill in the theatre. And at each step, I said “yes.” I knew I loved creating in this art form, but it took me some poking around to arrive at the roles that best fit my skills and assets.

Becoming a theatre-kid in the first place? Well, I think that had something to do with the fact that it was sweet to have Aaron and I do duets (singing or piano) when we were small and cute. By the time it became clear that we might actually have some talents in these areas, we were already hooked. I was a loud and expressive kid. Performing provided an outlet for that energy. At that time, Aaron was actually the shy one. Theatre brought him out of his shell. It also gave him a way to woo the ladies. Somehow this didn’t work in reverse—being on stage never got me dates in the way it did for him.

Aaron: We also have two very supportive parents, who always encouraged our interests, regardless of practicality. In high school, we came into contact with a teacher who had created a public school music and theatre program unlike almost any other. We both quickly found a community that a fourteen-year-old desperately yearns for: a place where "being yourself" brings reward, not scorn and alienation. Once we were there, there was little that deterred us from a career in the arts. So again, perhaps there is a genetic connection at play—the connection of having the same "elders" saying yes, do it, follow it, and become it.

Lauren: How has being a twin enhanced or informed your artistic decisions in this production, and otherwise?

Shirley: Having a twin brother who is a professional actor continually reminds me of how much respect and admiration I have for actors. It is such a challenging profession—wonderful and rewarding on good days—but never easy. And as I mentioned above, having a sort of short hand language with Aaron was very useful, especially working on a tight timeframe. Having him in the rehearsal room was also fantastic; he was able to fill in some thoughts and ideas generated in the creation stages, since he’d worked on the New York production. Interestingly enough, creator Abigail Pogrebin is also a twin!

Having my brother in a rehearsal room guarantees a fun process. I suspected this, but it was confirmed with this go-around. He is a very funny person, and is incredibly skilled at using humor to cut tension in a room, or to put people at ease. It’s one of his many gifts.

Shirley: Stars of David looks at Jewish-American identity from many angles, and one is the perspective of a father (Kenneth Cole) raising his children in an interfaith marriage. The song “Darkening Blue” strikes a particularly personal chord in our family. Our mother, like Cole’s wife—film producer Maria Cuomo Cole—is Italian Catholic, and our father, like Cole, is Jewish. They too navigated raising children in an interfaith marriage. Cole expresses in his interview and in the beautiful song, written by Duncan Sheik and Stephen Sater, that this journey is never a simple one. My parents made many choices about how to raise us, and how to acknowledge and share both of their identities over the years. Some of those decisions they’d say were just right, while others they’d revisit if they could do it all over again.

But I think that’s parenting in a nutshell. As the new mother of a now four-and-a-half month old, this is becoming increasingly clear to me! It is a long series of well-considered, but often very instinctual choices. And you’re never quite sure if you are doing the “right” thing. So you keep doing it with love, and with intention.

Aaron: I don't want to speak for Shirley on the artistic end, but what I've gathered is that we both want to see stories told on stage that somehow change us; we want to see them told honestly, without theatrical artifice or unnecessary performative excess. The most interesting moments for me as an audience member are when I come closest to forgetting I'm watching an actor, when I suddenly find myself moved despite myself. There's a kind of pleasure in that particular catharsis, and it happens most when I see someone "not acting." It's a goal I strive for in my own work.

I don't want to speak for Shirley on the artistic end, but what I've gathered is that we both want to see stories told on stage that somehow change us; we want to see them told honestly, without theatrical artifice or unnecessary performative excess.

Lauren: How do you support each other artistically and personally?

Shirley: Artistically: Because we share a professional world, we can seek advice from each other about career matters, or simply vent about them if that’s helpful. Though as Aaron does more and more work in commercials and TV, I can only kvell—that’s not a world I have expertise in. And it’s fun when our circles overlap; there have been many times when he’s worked with a playwright, director, or actor that I know well and vice versa. It’s an honor when, and if, I have the chance to put in a good word for him—though rarely needed as his talent speaks volumes for itself.

Aaron: Personally: Maybe the best part of my time in DC was getting to spend time with Shirley offstage. She's created such a beautiful life down here; she's professionally accomplished, has a wonderful husband, and now a painfully adorable almost-five month old. My wife and our parents were able to join us for the holidays, and I dare say it's the first time we'd all been together for an entire week's time. I said on more than one occasion how lucky I felt that an artistic endeavor had created such an opportunity. A life in the arts precipitates such sacrifice; it's lovely when it can also precipitate such joy.

Shirley: And I love spending time with him and his wife, actor Shannon Koob. We are not siblings who talk daily, or even weekly as Aaron said—do people do that? Maybe sisters? When we do talk, we always have a lot to talk about. And not just about the biz! We talk about the world, our lives, our families, and politics too—all of that.

Aaron: Ha. It's hard to say what I'll be doing next week, let alone further down the road. I'd certainly embrace the chance to work together again.

Shirley: Only time will tell. So glad to have him exploring his role as an uncle right now!