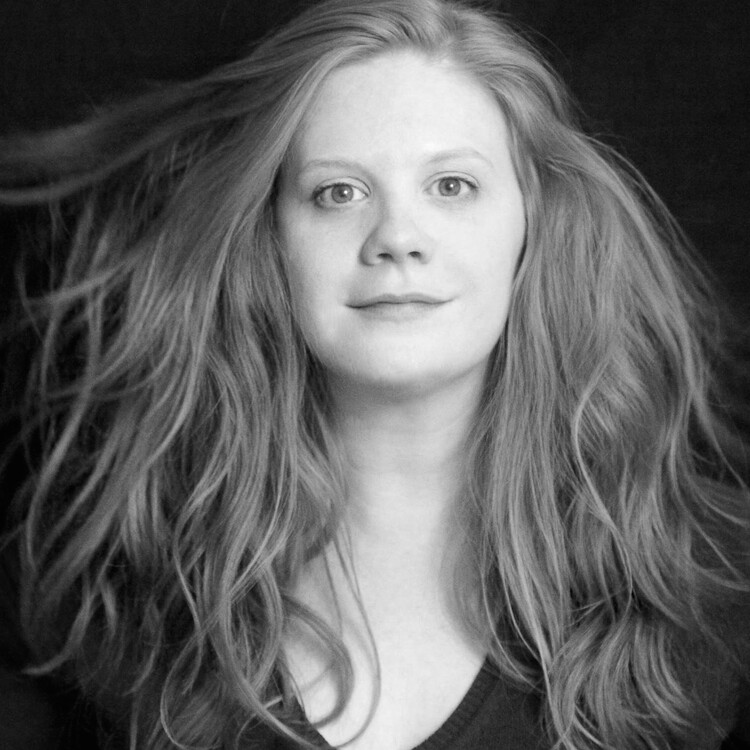 This piece continues a partnership between HowlRound and the League of Professional Theatre Women (LPTW). For many years, LPTW has been publishing an annual magazine, Women in Theatre (WIT). This year they’ve expanded the magazine to include an online format and are collaborating with HowlRound to provide content covering an array of issues and perspectives within the theatre, all highlighting women’s voices. The co-editors for this project are Eliza Bent and Alexis Clements. Look for bi-monthly content from WIT on HowlRound ranging from interviews to articles and blog responses. See all WIT HowlRound content to date here.

We all wear many hats in the theatre, but Ruth Maleczech, Normandy Raven Sherwood, and Julie Atlas Muz turn multiple-hat-wearing into an art form all its own. Here’s what they do and why it’s radically important. Ruth Maleczech, cofounder of Mabou Mines, has been pioneering the reinvention of theatrical forms since 1970 and she’s still at it. Normandy Sherwood, of The National Theater of the United States (NTUSA), creates grand productions on an indie scale with an inventive, DIY bohemian aesthetic. Julie Atlas Muz applies burlesque to theatre, creating conceptualized high art. I recently caught up with each of these denizens to find out what they’re currently working on, how they began their careers, and what advice they have for those just starting out.

Many roles in classical work have historically been performed by men. It’s been years since women first began to reclaim such juicy roles as Juliet, Viola, and Lady Macbeth. For her part, Maleczech unsexed the role of King Lear. She continues to succeed as a performer/artistic director, challenging the perceptions of women’s roles. In addition to that, she acts as a mentor to new generations of artists who are still exploring and finding their own aesthetics.

Jody Christopherson: What are you working on right now?

Ruth Maleczech: I am investigating Molière at the moment. I am one of four collaborators—Julie Archer, Clove Galilee, and Valeria Vasilevski are the other three. Together, we’re working with actors and dancers to create a new theatre piece in response to Molière’s Imaginary Invalid. The working title is Imagining the Imaginary Invalid and it will open at La MaMa in the Fall of 2014. Valeria is the writer, Clove is choreographing and performing, Julie is the set designer, and I am one of the performers. I play Ruth, Argan, a hypochondriac, and M. de Molière, who only speaks French.

Ruth: I started in high school by performing in plays. Went on to do the same in college, then semiprofessionally. Had three great teachers along the way—none of them in a school setting. Started to study in earnest, finally got comfortable with being uncomfortable and started reacting instead of acting. Now I do a combo of both.

Ruth: If you can find someone to love who can also support you financially, you are very lucky. Let yourself be drawn in whatever direction without resistance—you may find something else to make other than theatre works.

Independent theatre artists are often Kickstarting projects. Fantastical visions, dreams of large casts often get whittled down to the barest of bones when funds are sparse. Normandy Raven Sherwood doesn’t play by the rules of scarcity. She has taken challenges of traditional construction and begun a new dialogue with her audience about the potential of repurposing, deconstructing, and exploring multi-talents. She does not shy away from large ensembles or large production values and instead defines and legitimizes the hyphenation stigma by succeeding not only as a playwright but as costume designer and performer also.

Jody Christopherson: What are you working on right now?

Normandy Sherwood: We at NTUSA are cooking up a reptilian theatrical extravaganza, Survival of the Fittest. It’s a collaboration between NTUSA and the Vintage DJ that will enliven P.S. 122’s Red and White Party at SPiN Ping-Pong club in January. We’re hoping to expose SPiN as the endangered species habitat it really is. I’m also thinking about a new NTUSA show about time travel—but that probably won’t come to fruition until 2014 or so. I’m also working on a play called Permanent Caterpillar, or, Interior: Walnut, which is about monstrous transformations and the grassland of Uruguay (among other things).

Normandy: Well, I can think of a lot of specific origin points. In second grade I wrote a play about cats who make mice into marionette puppets. In high school, after I directed a production of Ionesco’s The Leader—which was a complete disaster—I got really involved in modern dance. At my school, modern dance was what the cool kids did and theatre was for dorks. I didn’t realize, at the time, that all of it was for dorks, or that what I actually liked about modern dance were the theatrical, narrative moments. My dance teacher really wanted us to use “chance operations” (rolling dice to determine which move comes next) to construct dances. But I hated that idea (though now I think it’s sort of interesting)—where was the fun if you couldn’t enact narratives? I also didn’t like card games growing up, for approximately the same reason. When I was in college (at NYU for undergrad), I really thought that I would eventually become an academic. But then I met NTUSA the summer before my junior year and I abandoned that plan in favor of making plays. First, I was an administrator of sorts. The first creative role I had was performing, followed shortly by writing, and costumes after that. The one design role we didn’t always take care of “in house” was costumes, early on. So I decided that I should learn to do costumes so that we’d have it all covered.

I come from a self-producing place—I get really frustrated with the necessity of constantly applying and proposing to do things instead of just doing them. I want to make things!

Normandy: Volunteer to work with a small theatre company whose work you love. It should be small—like a small administrative apparatus—so that you actually get to work with the artists whom you admire (even if it’s just helping them run a benefit party or something). Small companies are better because they often need you more. Then do what you can to help them. Hang out with them, help them move, help with rehearsals...become a part of the community. As the artists you work with get to know and trust you, they will begin to involve you in their work. That just is how it happens. If you want to begin to start showing your own work, do the above (so you will have an audience!). Show an excerpt or a short piece at a performance series like Little Theatre at Dixon Place or CATCH. Find a bar that will let you do a show one Sunday a month. Put on a play in your living room. Space is premium in New York City, so find a way to get a space, then tell a lot of people to come to your show. I come from a self-producing place—I get really frustrated with the necessity of constantly applying and proposing to do things instead of just doing them. I want to make things! When you volunteer to help that small theatre company, try to learn as much as you can about all practical aspects of production. Not just so you become a better writer or director or what have you, but also so that you have the ability to self-produce when you need to.

Everyone likes nudity, whether it’s in the bedroom or on a stage. We come to the theatre to see exposure of all kinds, from literal nakedness to the stripping away of artifice. We crave and seek out an experience that reveals the humanity and vulnerability of the performer. By taking, political storytelling, showwomanship, and a good dose of cheekiness and mixing it with dance and theatre, Julie Atlas Muz has made herself a conceptual artist and headliner.

Jody Christopherson: What are you currently working on right now?

Julie Atlas Muz: Currently on I am on tour with the Cabaret New Burlesque in Europe, playing to 400–900 seat sold out audiences. I am also working on Beauty and the Beast with Improbable Theater Company and my husband Mat Fraser in the United Kingdom. I tour constantly. I am also working on a new collaboration with Mat Fraser called Brave Nude World.

Julie: I started making theatre when I was quite young, dancing in my backyard as a child to an audience of two dogs that belonged to my neighbor. I sang and danced rather poorly for the two Labrador retrievers who were my first captive audience. (They were in cages at the time.) I always knew I wanted to make theatre and dance, so I did it for anyone who would watch.

Julie: Mark Russell, artistic director of Under the Radar, gave me some great advice when I was just starting out. He said, “Julie, focus on the art and everything else will fall into place.” This is true. It’s so easy for people to make a great Web site and to have a great promo video and an awful show. But if you concentrate on making a good show then word of mouth will catch on and you will continue to work. Also please do not try to follow the mainstream. Allow the mainstream to go to you, Gangnam Style! PSY, the head artist of the phenomenon that is Gangnam Style, made six albums before becoming an internet sensation. Six albums. Six! He is true to his art, and will continue to make artwork. Never bend to the mainstream, the mainstream will bend to you if you are true to yourself!