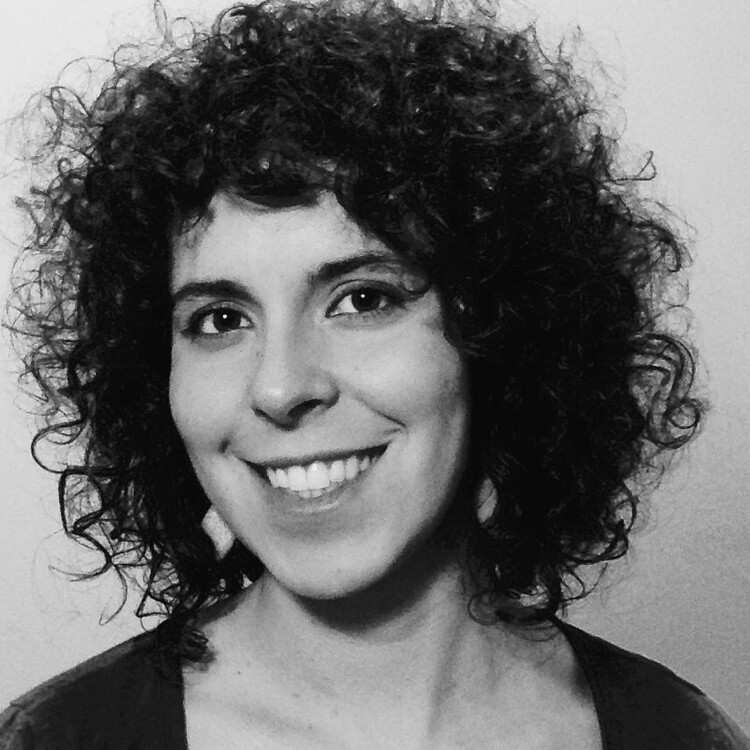 Which of our senses are the ones that normally perceive an artistic manifestation? About two years ago I asked myself this question, and it led me to the following: Sight and hearing are the predominant senses we use when experiencing live arts. Some of the very terms we use in the field support this statement, such as viewer, spectator (from Latin spectator, spectatoris, means the one with the habit of watching or observing), or audience (from Latin audire, to listen). I’ll even go as far as stating that this isn’t exclusive to the arts, but also evident in every aspect of daily life in which we tend to focus our attention on those things we perceive through sight and hearing, while we put taste, smell, and touch in the background.

While our senses are instinctual, we humans tend to restrict our interactions with the world around us. As a result, some senses become lethargic.

How has my artistic production been affected by this relationship with the senses?
How can we incorporate all the senses when developing and sharing theatre? An important turning point was my encounter with the idea of Body Mind Centering (BMC). BMC is a research process connected to dance, that explores the sources of the movement in the body. Bonnie Brainbridge Cohen started this research in the 1960s.

During the first BMC session I attended, we explored sense of every kind except for visual stimuli to create a short improvised solo. After that experience, I decided to study new tools to work in a performance with all the senses. I started to explore smell, taste, and touch in two ways. First, I used them as an improvisational source of inspiration. Secondly, I tried to use them as a bond with the people participating in the performance as an invitation to become co-creators.

My First Steps
After the BMC session, I traveled to Spain in February 2014. My intention was to create a short sample to share that same year at a woman's performing arts festival called Vértice in Brazil. I created a short performance; a hybrid between a physical theatre demonstration, storytelling, and clowning. I called it Theater Recipes because the format is similar to a food tasting.

I started picking up some of the ideas I got during my first BMC session. First, I received sensory stimuli from objects in daily life, and after that I chose the ones that made me feel more curious. I tried strong and subtle smells, from floral scents to rotting food. I passed through a wide variety of smells with different qualities and intensities: styptic, sweet, relaxing, nauseating, etc. I did the same with taste. I experienced a good amount of flavors, from food seasoning to ready-to-eat products. I tried raw food, food almost rotten, and food with artificial additives to boost the flavor. I approached touch from diverse objects, but in the end I decided to focus on the touch of food ingredients because the whole exploration seemed to be heading that way.

The support of my colleague Laura de Arcos was very important. She specializes in body awareness with the Shinca technique that partially comes from Laban, and using it she guided me through the beginning of the physical exploration.

Our session involved: the election of one of the stimuli, the description with precise adjectives of the stimuli, and then seeking physical actions to integrate those adjectives. The intention was to give them different qualities to embody diverse characters.

During this phase, three elements came together: the first one was the physical and emotional state I unconsciously sensed because of the stimuli, the second one was the intentional adjective we used to name the sensations in transit, and the third one was the automatic associations I made in my mind with previous life experiences.

One of the stimuli I was interested in was the taste of boiled artichoke. That was the starting point, so I tasted the artichoke several times and then I described the sensations that arose in me: a smooth taste, subtle, delicious, surprising, playful, fleeting, and peculiar. The next step was to explore the possible movements. Following Laura's proposals, I tried different qualities of movement to express these adjectives. We worked with breathing retention, fluid and wavy movements, tapping movements, very precise changes of rhythm, and finally we played a little bit with the voice. The result of this playful phase was a prototype of a young character; a cheerful teenager, hoppy, a dreamer, nervous, and constantly moving.

We followed this work plan with all the stimuli, three in total, and that is how we built the physicality of them. Finally, we tried to find a proposal to unify them, keeping always in mind the premise of creating a bond with the public, trying to put it in a more active/participative role in the creative process.

The Scenic Proposal
I decided that the most sincere and modest thing to do was to show the process itself, without creating an introductory character, to get closer to the participants. It was then when the idea of a food tasting improvisation appeared.

The main “course” was a simple scene: a woman setting the table to welcome a special guest. The idea of the intervention/performance was to prepare this scene three times, each of them from a different recipe inspired by the smell, taste, and touch. During the demo the participants also entered in touch with the sensory stimuli and shared the sensations they felt while experiencing them. This way, they interacted with the performance from another perspective and it allowed them to become co-creators.

I was able to finish the pilot scheme on time to show it at the Vértice festival, and the following month I shared it with the students of the Estúdio Cênico (Scene Studio) in Campinas, Brazil. After evaluating these two experiences, I wanted to keep developing the performance and I felt the next step was to find the way to blend all the elements together to tell a story. After living in Brazil I moved to Venezuela, my home country, for a season, and there I decided to add some sort of storytelling to the piece to integrate the three recipes.

Following a friend's suggestion, I chose the children’s tale The Three Little Pigs and thought about adapting the story to the twenty-first century. Instead of three male little pigs, I chose three female little pigs, and each of them is inspired by one of the recipes from the beginning of the demo. I also kept the interactive proposal and invited the people to play the role of the wolf.

I had the chance to perform in three different spaces in Caracas city: at a gallery, on the street, and in the terrace of a cafe-bar. The experience on the street was the more dynamic, but in general they were all really interesting, because they allowed me to collect a diversity of reactions and ways of interacting with the participants depending on the space.

Inspiration
I remembered a theatre performance from the company Cuarta Pared called Café (Madrid, 2005). In that performance the attendants were welcomed with a cup of coffee, and thanks to the scent and the taste of that beverage, they managed to make the people get inside the story from a different perspective.

I also thought of the work of the Théâtre du Soleil during their performance Les Naufragés du Fol Espoir (La Cartucherie, Paris 2010) where they welcomed people in a shed that immediately took them to the late XIX century, and they offered a “Soupe de la champagne” (a wintery soup), to start introducing everyone into the dreamed space of the story.

After some research I came across other companies and groups that focus their work in the senses. One of them, the Theatre of the Senses (Teatro de los Sentidos), as the name implies, focus its research in different sensory languages and how they relate to performing arts. The group is based in Barcelona and has been following this path for over twenty years.

There are also performing proposals for people with diverse abilities, like the Teatro a ojos vendados (Blindfolded Theatre), a Mexican company that develops plays based on sensory proposals, for both Blind and sighted people.

The continuity of this research
This project was the seed of a new research line as a performance creator. I am still interested in developing it more, and I am slowly evaluating possible paths to do it.

At the moment, I consider the next step is to open up more the improvisation, because therein liess the real potential to integrate the suggestions of the participants. If this happens, the movement score can even change completely in each performance.

Another line of research I started in Brazil and then kept exploring in Venezuela and Canada is the body awareness workshops based on sensory proposals. These encounters are great for any person, with or without previous experience in the area.

There is a beautiful journey ahead, full of smells, flavors, contacts, and emotions.