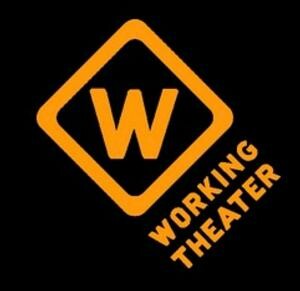 Working Theater is a NYC theater company, now in its twenty-eighth year. Its mission is to create theater for and about the working majority. In 2010, during its twenty-fifth Anniversary Season, Producing Artistic Director Mark Plesent generously gave three directors: myself, Luke Harlan, and Dina Vovsi a week of his season and free theater space.

“Do something for directors,” he said. In that instant we went from being directors looking for work to producers creating opportunities for other directors—the Working Theater Directors Salon was born, and now four years in, this year the Salon will be June 17-23. We have a kick-off party, two panels with guest directors and artistic directors, a night of director-driven work, and then our final night of performances. Last year we commissioned seven playwrights to write plays inspired by the prompt “Will work for ___.” This year, our playwrights have written new works inspired by Waiting for Lefty.

Who Directs?
We leave it up to chance. Any interested director who attends our kick-off party can put his or her name in a hat. Seven directors are chosen at random and each director is given a play, and a cast. We coordinate the rehearsal schedule and a one hour tech and on the following Sunday night—seven short days after their names were first selected—the work is shown to an audience.

Below is a conversation between the founders Mark, Dina, Luke, Rebecca, and Nicole about the festival and our idea of “conscious curating.”

Nicole: Mark, what inspired you as an artistic director to give three directors a week in your twenty-fifth anniversary season?

Mark Plesent: When I first moved to New York as a young director fresh out of college I was struck by how difficult it was to “break into the business.” I was producing and directing my own projects, waiting on tables, saving money, and then funding my own endeavors, but was struck by the fact that I was operating within a small world of my co-collaborators and friends. I was community starved. I ultimately found a home at Working Theater starting as an intern.

I wasn’t able to hire all the young directors I wanted. When a week at the theater opened up I jumped at the chance to offer emerging directors the community building opportunities I saw as lacking in the broader NYC theater community.

Nicole: What value do you find in the Directors Salon and why do you continue to support it?

Mark: The value to emerging directors is obvious and quantifiable—we are giving them an opportunity to present their work in the context of a respected off-Broadway theater company, and in front of a New York audience as well as the less tangible but equally important opportunities to network with and hear from leaders in the field. It is also valuable to Working Theater in that it helps expose emerging theater artists, who will ultimately be leaders in the field, to the values and uniqueness of Working Theater and our mission. And most importantly it expands the community of Working Theater infusing the company with vital new talent.

It is also valuable to Working Theater in that it helps expose emerging theater artists, who will ultimately be leaders in the field, to the values and uniqueness of Working Theater and our mission.

Nicole: Rebecca—tell us a bit about how you came to the Salon? How long had you been in NYC? What were your expectations about how to make in-roads in the NYC theater community?

Rebecca: My theater roots are in Portland, Oregon. There were several companies I considered to be artistic homes (Sojourn Theatre, Miracle Theatre and Oregon Children’s Theatre, to name a few). I came to NYC in the fall of 2010 and entered a much larger and diffuse world of theater, one where I didn’t have many connections, so meeting people and forming relationships became key.

A colleague from Sojourn Theatre recommended that I connect with Working Theater. I signed up for every event and at the opening night party I was fortunate to have my name chosen at random to direct a scene from Clifford Odets’ Waiting for Lefty. It was just what I needed.

For me personally, no single event in NYC has been as effective as the Salon at bringing artists together and leading to productive partnerships. I have since collaborated with several of the directors and actors I met at the salon. Most recently, Hybrid Theatre Works brought me on as Associate Artistic Director. I met Hybrid’s Artistic Director, Tracy Cameron Francis, at the Salon.

Dina: “Conscious curating” is bringing together a group of artists that can learn and benefit from one another artistically, creating programming that’s both exciting and timely.

Rebecca: We very consciously brainstorm and make sure that we create a group that is diverse, in both culture and perspective. We look for writers who will create roles for a multi-ethnic group of actors. Most of all, we want to work with people who combine these qualities with great talent and an eagerness to collaborate.

Nicole: The goal has always been to build an artistic community that reflects the variety of the world we live in. By making sure that each of us has a voice in the selection process of our playwrights, panelists, and actors, we ensure that the community we are developing reflects the type of theater community we want to be a part of. Dina, can you speak to how we select participants?

Dina: The playwrights are writers with whom we as curators, and as directors ourselves, would love to work. They are also people who we think would support a young director who they don’t know at all– essentially writers who support the Salon’s mission of offering opportunities to directors that don’t require an application process or long list of credentials.

The Night of Director-Driven Work is the only event that we curate through an application process, and it’s proven to be the most difficult event to put together. We not only want interesting content, but content that flows as a part of the whole—three pieces we feel would benefit from the space and time we can offer.

Nicole: Has producing made you a better director?

Luke: Absolutely! It is invaluable as a director to learn what goes on in the producing world, to experience firsthand all of the work that goes in to gathering a team, scheduling rehearsals, raising money, and getting something from the page to the stage. It allows a director to understand the mechanics involved in an entire production from beginning to end.

Nicole: Todd London's Outrageous Fortune highlighted the difficulties of being a playwright—how would you like to open up a conversation about being a director?

Rebecca: For emerging directors who are not able to attend graduate programs, it can be difficult to build a directing career. Relationships are vital to attaining work. Work begets work. The Directors Salon, in the space of six short days, introduces a director to an entirely new group of potential collaborators. We hope to foster a community who take the connections formed at the Salon and help one another out in the world to create their very best work.

Dina: Being a director can be really confusing. Are you supposed to go to grad school? Are you not? Are you supposed to intern? Is interning pointless?  How do you assist someone? How do you make money? Should you have a day job or a night job? Why don’t people know who you are yet?  How do you get an agent?  Should you self-produce?  Why are there so many opportunities for emerging playwrights but not nearly enough for emerging directors? In short, it’s stressful. Talking to each other helps.

Nicole: The idea of “collaboration” is a hallmark of any artistic process. For us it implies a generosity of spirit and a real willingness to join and support the director’s work, any director’s work. It implies making time to have honest conversations about how hard this is, and how lonely this can be; that the work can be rewarding and draining, and that above all else, keeping an open invitation to artists is the best way to foster community.

Tadashi Suzuki and Anne Bogart on the Suzuki Method

Tadashi Suzuki and Anne Bogart in conversation at the Symposium on the Suzuki Method with SITI Company—New York City, June 3, 2017.

A Lover's Guide to American Playwrights

That sounds like a really wonderful program. I wish I was in NYC to take advantage of it!