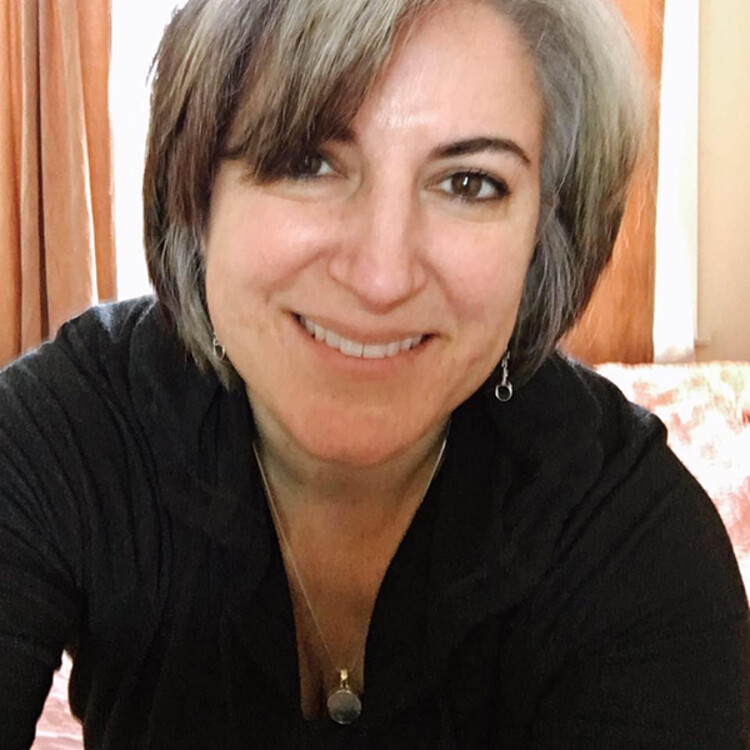 Some sound designers had seen Complicite’s simulcast from London, some knew the premise, and some knew the sound designers of The Encounter personally. But whatever your lead-in to the show, we knew that this was going to be an experience to remember. The articles that came out before the show opened at the Golden Theatre in New York City, and since, have focused on how the production is sound forward and sound centric, although none encapsulated the effect this would have on us. The Encounter is written, performed, and directed by Simon McBurney (with Co-director Kirsty Housley), the co-founder and artistic director of London’s highly collaborative touring company Complicite. The Encounter is a solo performance of the adaptation of the book Amazon Beaming by Petru Popesku, which tells the story of Loren McIntyre, a National Geographic photographer who in 1969 found himself among the people of the remote Javari Valley in Brazil.

One by one my peers went to the show. One by one they all could not speak for hours afterwards feeling emotions they could not voice. I thought I knew what I was in for. I didn’t quite grasp how my sound designer brain was going to take this in. And after the experience, and hours of discussion, I realized that I had to try to put into words why and how I believe this show is so incredibly important for our field, and theatre, at this moment.

‘The Encounter’ takes the best attributes of reading an engrossing novel, the emotional ride that the best audio in cinema can offer, and the live aspect of a theatrical setting to make it seem like this moment right now is special. And isn’t that why we go to the theatre?

I was asked the day after I saw the show, by someone who had not seen it yet, what camp I was in after viewing. “There are camps?” I asked. Apparently some thought that they could just sit home with a podcast and have the same experience as they would have had live because the show was not theatrical at all. I entirely disagree. Yes, it is not what you expect. Yes, it is using technology you are not used to in a theatre. Yes, you must wear headphones. As one of the two “sound operators” on the show said when I spoke to her afterwards, “It’s an adventure.” I couldn’t agree more.

When I am in the audience of a show, my brain is not able to shut off analyzing the means of production; or, how everything around me is accomplished. It is usually the one drawback to seeing shows after creating them for over thirty years. In this case, understanding the means of how this is all possible live and in the moment is what pushed me over the edge in my emotional response. This is because I know the degree of difficulty of having multiple microphones that change in pitch with split second timing. The amount of looped audio content not only creating the world but also using repetition of language to make a point. The underscoring, which created the emotional journey that at times preceded the next scene, and sometimes lingered on after, creating a seamless flow of storytelling. And that’s just a tiny bit of the scope of the soundscape in The Encounter.

The sound would most certainly not be as effective without the visuals to accompany it. Sure, you could shut your eyes and just listen, but you would miss the accuracy of the lights creating the visual of a fire off stage that grows brighter as the sound clearly tells you that more fuel is being added to it. And because it is in your head, you can actually feel the heat; it is palpable. You would miss how the projection design creates shadows, rain, and patterns timed perfectly with what you’re hearing. But most of all you would miss the amazing tour de force that is Simon McBurney, his impeccable delivery of multiple characters and narration, and his sheer energy to deliver this story. He is not just standing at a microphone like a radio play; he is the play, its movement, its breath, and energy. You can feel his proximity and distance to you. And it feels that he is telling this story to you alone even when you know he is telling the entire audience.

Now I want to speak to why this show is so powerful as an audience member. For me, it was the continuous and many layered juxtapositions of the external and internal. In the beginning, you are part of a collective that walks into the theatre and puts on headphones. Every person in the theatre has the external journey of watching a play in community with others. However, the act of putting on individual headphones places the play into your head, allowing each person to have their own internal, imaginative journey. Usually in sound design we try to create the exact same experience sonically for every audience member so that the emotional journey is consistent. This is not necessarily the case with this show. The only sound external of the headphones were some cues like thunder that needed to sound far off, and the frequencies that were emitted by the subwoofers that aided the emotional journey by producing the feeling of fight or flight response when you feel the theatre shake. The rest is heard in your head. I repeatedly took off the headphones because either it was overwhelming at times when the show becomes chaotic, or I wanted to understand what was live versus recorded. If you take off the headphones you barely hear a thing, not even Mr. McBurney. When you place them back on your ears, you are again immersed in the story, this specific world, and the emotions that accompany it. It takes the best attributes of reading an engrossing novel, the emotional ride that the best audio in cinema can offer, and the live aspect of a theatrical setting to make it seem like this moment right now is special. And isn’t that why we go to the theatre? We want to see something before us that is live, in the moment, and special for what it is offering.

Externally to the story is a narrator; internally are the character and his journey. Going deeper, sounds are created to simulate the external world the character lives in, and yet the internal voice and mood is played out as if in the character’s head—full with underscoring that clues the emotional response of the audience. Additionally, externally, there is an alternate story of the making of this play that is brought to life through Mr. McBurney’s daughter appearing and interrupting the making of it. You are reminded periodically that this is indeed a play and you get a moment to stop and reflect on the sheer enormity of what you are experiencing. The play’s climax, like any great theatre, asks the audience to identify and question what they’ve been witnessing all along. We all share a moment in the present where we are reminded of our modern materialism, and yet we each must decide our own response to the questions the play raises about who we are in the twenty-first century.

At a moment when sound design’s artistry has come into question due to the elimination of the Tony Award category, it is critically important to see a show where you simply cannot ignore the importance and potential of sound design.

Though The Encounter is perhaps small by standard measures, it creates a world of grand scope worthy of a Broadway stage. Because my imagination played a large role in creating the experience, it felt larger than life and equal, if not bigger, than the Broadway shows I’ve seen before. I felt the Amazon, I knew those characters deeply, I grew to love Mr. McBurney’s daughter. And when it was all over, I needed silence to process the mastery behind the sound design and execution.

At a moment when sound design’s artistry has come into question due to the elimination of the Tony Award category, it is critically important to see a show where you simply cannot ignore the importance and potential of sound design. As an American I am amazed at the risk of those writing, producing, and believing in this production, and bringing it to the US where it so beautifully serves to illustrate the seemingly limitless potential of the form. I am grateful for sound designers Gareth Fry and Pete Malkin, and their team for understanding that technology aids in telling a great story, and using it flawlessly and artistically. The Encounter is a perfect example of how theatre can evolve when we embrace technological advancement and all of the elements of production to take an audience on a journey.

Thank you Paul, if you get the chance to see it, I highly recommend it. I look forward to further discussion always!

WOW, Toy, the adventure you've described sounds like a truly 'one of a kind' experience, and a truly special event, unique in the delivery method, content and personal effect worthy of much and great exposure along with resounding applause! (I do admit I will need to re-read your words to fully grasp the scope of detail and impressions of the environment) It IS a beautiful 'thing' to know there are fine, innovative works being presented nowadays, especially in the area of sonic interpretation in theatrical presentations. Also, it seems to serve up an approach like the 'blast-from-the-past' use of 'headphones for everyone' harkening back to the days of experimental 'full surround' and 'quad' designs, adding the current advanced technologies available now making these techniques actually viable, applicable and effective. More to come, after a bit of digesting of your comments, Thank you very much for sharing such an adventure! BRAVO! CHEERS!

Thank you Paul, if you get the chance to see it, I highly recommend it. I look forward to further discussion always!