What’s Acting Got to Do With It? 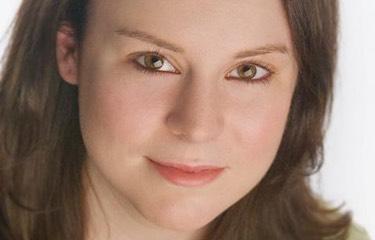 For as far back as I can remember I had always wanted to be an actor. Throughout my childhood and adolescence, I acted in every school production and spent a few summers at drama camp. Yeah, I was that kid. In college I majored in theater and studied abroad at a prestigious acting school in Dublin, Ireland. Upon moving to New York City I entered the Circle in the Square Theater School and proceeded to live the life of the typical struggling actor. Though I was flat broke most of the time, I managed to join both Actors Equity Association and SAG/AFTRA, and put a slew of sound-better-than-they-were film, television and theater credits on my resume.

Then, about two years ago, I quit.

There was no definitive point when I decided I didn't want to do it anymore, though there were multiple little occurrences where acting, auditioning, and even working no longer brought me joy. One particular instance was June of 2011 when I was doing some background work on Boardwalk Empire in uptown Manhattan. The show was how I had made most of my money the previous year and for the most part I enjoyed the fun of getting into period costume multiple times a week, having my hair put up in a 1920s style and getting my makeup done.

But this particular day I was walking uphill in ninety-five degrees heat wearing hosiery, a corset, a silk slip, a long sleeved collared shirt, a wool skirt and a wool coat.  Oh, and a pretty doofy hat. Boardwalk Empire followed the unfortunate schedule of filming its winter scenes in summer and summer scenes in winter. At some point I muttered to myself, "I hate this."

The sudden audible outburst of my subconscious surprised me. What did I mean? The heat? This job? Background work? There's a level certain actors reach where they begin to say, "I don't do background." They feel they've moved beyond it, or they're too good for it. Really I think they just get tired of it. In truth, it's fun the first few times, but kind of sucks. The initial fun of working on a set, meeting a celebrity or being in the shot eventually wore off. The only thing worse than walking into an audition room full of thirty people who look exactly like you is sitting in a holding room with 300 other people who are clawing at each other to get on camera. I started not caring whether or not I was in the shot. Really, I think that I meant I just hated all of it.

I suppose you could call that moment a catalyst, but to me it's not as simple as all that. My love for the profession had just repeatedly become overshadowed by its difficulty. I was tired of being broke. I was tired of never being thin enough, pretty enough, or young enough. I was tired of doing crappy plays in tiny little theaters inside random buildings that were never meant to hold a stage. I was tired of shelling out money to companies like Actors Connection or The Network to spend an evening listening to a casting director/agent/producer talk about what it takes to get noticed. Most of those encounters felt like a total scam anyway; no one was ever in need of more twenty-something, white brunettes for their roster. I was pushing thirty, and in actor land, it's all down hill from there. I didn't want to be forty and still sitting in background holding.

But quitting… Quitting felt like I was giving up on my dream. Quitting was betraying that little girl who stood on her stairway landing and sang along to The Wizard of Oz. Quitting seemed easy and safe and the weak way out. From other theater folk I heard a number of regurgitated lines:

"If you truly love it, you'll be happy just doing it."

"Persistence is the only real quality you need in this business."

"If you truly love something, the money is not important."

"If you quit, than you never really loved it to begin with."

To that last one I always say: How dare you.

There was never a time I didn't love it. But, like an abusive relationship, you can love something and be in total misery.

So quit I did, not with one grand gesture but in mini stages. When it came to moving on, however, I worried that my degree in theater would render me useless in other fields. Despite many years as an office temp, I felt that I was basically "trained for nothing." I had been writing film and TV criticism and entertainment pieces for a few years, so I ultimately decided to get more of a foundational education by attending journalism school.

In J-School, as they call it, I found myself surrounded by people from widely different backgrounds and careers. Some had already held professional journalism jobs; some came from science backgrounds or international relations backgrounds. Many had been English majors. As far as I know I was the only former actor. I felt extremely out of place and ill prepared, but it didn't take long before I realized just what my acting background could bring to the table.

A lot of reporting includes what are called "man on the street" interviews. These are reactions from your average citizens who may be affected by any number of local issues such as crime, transportation or politics. As budding reporters, our job was to approach strangers on the street and straight out ask them their opinions on touchy subjects. Oh, and also get their full name, age and contact information, should an employer question the veracity of our sources.

Have you ever tried walking up to a stranger on the streets of New York City to ask them personal questions? It goes pretty much exactly as you'd expect.

First, there's the look. The look says, "Is this person actually talking to me? Don't they know I have somewhere to be? I can't believe this person is trying to talk to me." Then, it depends on the level of offense they take to being asked a personal question by a stranger. It can turn out great, or, it can be a disaster.

To me, it seemed no worse than an audition, and as I wandered through my designated NYC neighborhood, approaching strangers who would either talk to me or curse me out, I realized that I was actually pretty good at it. When someone reacted openly to my questions, I could empathize with their situation and was able to listen and further the conversation with more questions. When someone screamed at me and walked away, I treated it as just another rejection, and moved on. Sounds a lot like an audition to me.

People who work in theater are constantly told that they don't know what it's like out there in the "real world" with a "real job." Yet I find myself constantly amazed by how many people in the "real world" can't speak publicly, make a cold telephone call, or actually look into someone's eyes when they're speaking. In order to thrive and be successful, actors are forced to relate to others, and the skills they're taught in various theater courses—communication, listening, empathy—all come in handy when encountering real world situations.

As I got further and further into my journalistic education, I found more and more applications for the things I had learned in my years of being an actor. When I did my first radio broadcast, I realized how my years of enunciation and vocal training benefited my speaking voice while previous cold reading classes helped me handle a segment of breaking news. When I covered my first film festival, running from screening room to screening room was nothing compared to the frantic pounding of the pavement that was multiple, daily auditions. When interviewing filmmakers, directors, or actors, I often find myself commiserating over some aspect of the production that I understand, having been on so many sets and stages myself.

As it turns out, my training as an actor was more applicable to "the real world" than I ever could have anticipated. When I recall the things that I loved about acting, they're some of the same things that I now love about journalism: immersion in an art form, working with others on a project and analyzing the written word. When I began to pursue journalism full time, I had feared that one day I would look back on my theatrical experience and feel that I had wasted my time. Yet, now I can only look back on it and think, "Thank you."

This is a great piece. I had the same epiphany around my 30th birthday. A few years later I chose to take advantage of a tuition reimbursement offered by my employer and earn my MBA. I spent 10 years in the advertising business. A profession maybe more "love-hungry" than acting. My disappointment there led me to get back into theater, this time as a writer. Engaging with theater again I rediscovered the intrinsic joy in work (rather than the pragmatic, ulterior focus that "earning" seems to be framed by "B-school"). My theater work led me to gain the courage to leave advertising where I now have a "day job" in strategy consulting for non-profits. The well-spring of the arts is one that seems to be replenishing my soul over and over. Thanks for writing this. I hope our paths cross.