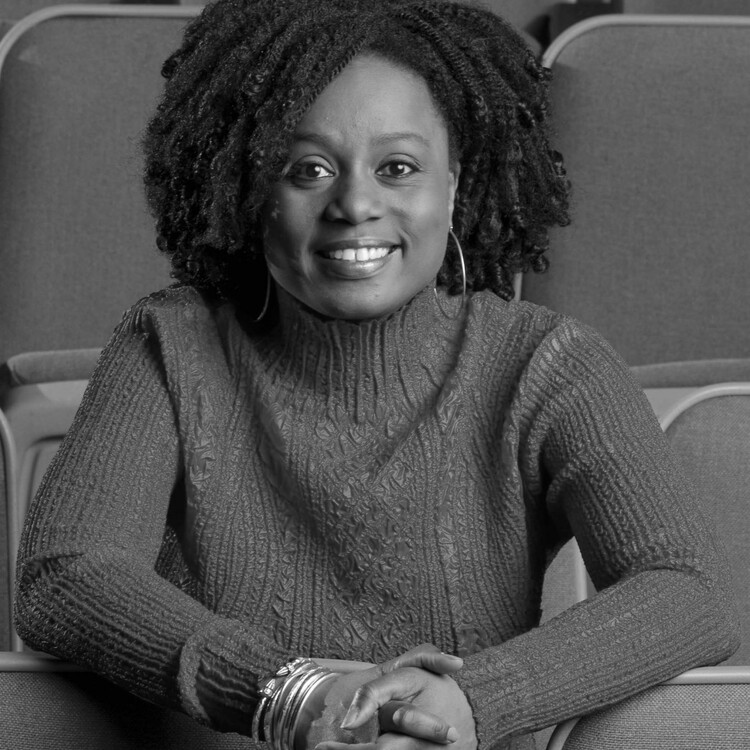 If the goal of the artist is to reflect our current realities, then this is an opportune time for us to learn and grow. We have all upheld white supremacy culture in ways that are unconscionable. Ten years ago, I would have dismissed a show about women dancing on a pole, but Katori Hall’s P-Valley got me reexamining my ideals on strip club culture. Perhaps Hamilton would have told a much different story had Lin-Manuel Miranda written that script today. This is a time for us to interrogate everything.

Nikkole Salter’s piercing and impassioned opening plenary speech to attendees at the Theatre Communications Group’s (TCG) virtual conference in June spoke to something similar: “What a time this is, an especially injurious time but also what an opportune time.” There is so much at stake for Black, Indigenous, people of color (BIPOC) in this moment, and for some of us, this uprising couldn’t come soon enough. 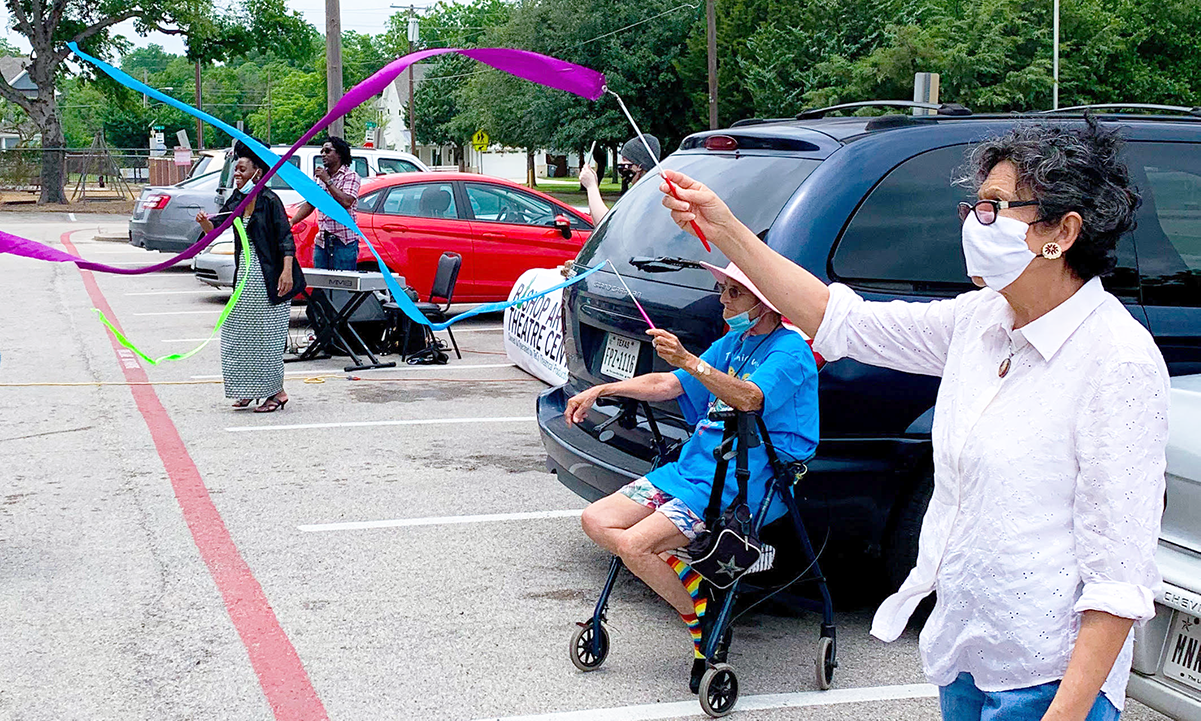 A month earlier, before the distressful, on-camera murders of George Floyd, Ahmaud Arbery, and Rayshard Brooks, before international outrage that drove global protestors to the streets, before Amy Cooper’s failed attempt to weaponize her whiteness against a bird-watching brother in Central Park, TCG hosted a virtual preamble, called Convergence, to their national conference. Convergence was an opportunity for theatremakers across the country to gather digitally and discuss the devastating loses we were all experiencing due to COVID-19.

During one of the plenary sessions, I introduced the prompt: “What are the long-term strategies for resiliency?” It was apparent that mainstream institutions wanted to get back to business as usual, evidenced by “this is only an intermission” messaging (admittedly, I even participated in a North Texas theatre consortium to craft a similar statement early on). Communities were in dire straits. Employees were being furloughed while others lost their jobs entirely. Parents were ill-equipped to homeschool their children and very few of us were asking, “How can we help?” The pandemic was a petulant inconvenience to our production schedules, and we were all grappling with inconceivable setbacks. To be fair, some degree of testiness was warranted. Very few theatres were thinking about long-term strategies for resiliency. Many were—and some still are—hoping to hit a reset button to get back to February 2020, while many BIPOC organizations soon saw this as an opportunity to upend a sector that never really served theatres of color in comparison to larger white mainstream institutions.

Why should BIPOC theatres, especially those located in the South, rush back to a sector that was never designed for us to succeed in the first place?

It was too early for my question. Microaggressions abounded across my internet space. I could feel the air being sucked out of the room on the transistor visual display of my laptop. It was painstakingly obvious that we were not all in this together and that some of my American theatre colleagues wanted to turn back the hands of time. Arts leaders were inundated with making tough decisions like keeping artists engaged, recouping millions of dollars lost in earned income, and navigating personal tragedies resulting from the global pandemic. The wounds were fresh.

But the unremitting murders of Black people by law enforcement coupled with the current administration’s lack of leadership on the global pandemic became the perfect storm to usher in conversations in hopes of never returning to our pre-COVID existence. BIPOC organizations, like the one I run, Bishop Arts Theatre Center (BATC) in Dallas, Texas, have been working at the intersection of artistic excellence and civic engagement for decades, and some of us are cautiously optimistic that transformational change within our sector could possibly be within reach. Global protestors have emboldened us to push a fearless agenda and have brave conversations in rooms where, for years, we were invisible, rooms where we were once powerless. BIPOC theatre leaders have lived for this moment and if the sector has to go to hell in a handbag, let the chips fall where they may.

Our current state of affairs has fueled the urgency to interrogate all systems of oppression—and our beloved American theatre has many. In their research paper Activating Legacies of Culture, Art, and Organizing in the U. S. South, Ron Ragin and Maria Cherry Rangel found that while cities in the South are the country’s most populated regions, we are also the most underfunded and overlooked. According to the National Center for Responsive Philanthropy, between 2010 and 2014, the South received $41 per person in funding, compared to the New York state rate of $995 per person. We also know that non-profits led by women of color only receive 0.6 percent of philanthropic dollars. Why should BIPOC theatres, especially those located in the South, rush back to a sector that was never designed for us to succeed in the first place? At BATC, we never felt like a traditional theatre, and in this moment that feels like a strength.

Connect With Your Community

During the twentieth century, Eurocentric arts organizations misrepresented African American and African culture by reinforcing stereotypes that are pervasive today in our current society. According to a 2015 study by DeVos Institute of Arts Management, in an era of minstrelsy, Black theatre played a leading role in educating African Americans in our own culture, as well as depicting Black Americans as fully human to white audiences. Though marginalized and undercapitalized, BIPOC theatres were and still are a balm for the wounds inflicted by white supremacy.

It’s past time to stop holding Eurocentric theatres up as the pinnacle of success. After the 2016 election, Dallas playwrights turned to BIPOC theatres to push boundaries for the future of democracy through Writers Resist. Small to mid-sized theatres are flexible and nimble enough to respond to urgent needs of marginalized artists requiring a platform to amplify their voices. More than a dozen playwrights took a collective stand on our stages to defend free expression, reject hatred, and uphold truth in the face of lies and misinformation.

From the get-go, organizations of color have provided grassroots support to under-resourced communities, distinguishing ourselves from the arts groups simply asking for relief funds to keep producing.

Likewise, when the pandemic hit, BIPOC theatres were the first to respond to the crisis in Dallas. Beginning in March, BATC pivoted to digital programming to partner with school districts to offer after-school programs, and we’re currently hosting an eight-week virtual summer camp. In April, we began offering performances and workshops on the patios and in parking lots of memory care facilities to connect with our aging population, which was a way to adapt shelter-in-place mandates for our senior citizens storytelling circle, designed to combat loneliness and isolation. We are also partnering with artists in Pittsburgh to commission twelve playwrights to write short plays using chapters in Dr. Ibram X. Kendi’s book, How to Be an Antiracist, as a prompt. Rather than wallow in the abject desperation of our immobility, BATC board members, staff, and teaching artists sprang into motion to help stabilize families in our community.

In response to police brutality, BATC also partnered with three Black and Brown theatres in Dallas—Soul Rep Theatre Company, Teatro Dallas, and Cara Mía Theatre—to host town hall conversations on reallocating Dallas Police Department funds to community-based organizations that support education, housing, and mental health issues. To date, nearly six thousand viewers have engaged with us online, many of whom are lobbying elected officials to divest funds in a ten-point plan crafted by community leaders. Black and Brown theatres are mobilizing patrons to change policies that increase safety and invoke accountability measures for law enforcement. For example, DNAWORKS, in Fort Worth, Texas, has received requests for coaching, curriculum and institutional development, and facilitation of anti-racism work within the United States and abroad. The organization is also developing Fort Worth Lynching Tour, an augmented reality social justice dance performance that takes audience members on a bicycle tour of sites associated with the lynching of Fred Rouse. The company also continues to work on transforming the city’s former Ku Klux Klan meeting hall into an international center and museum for arts and community healing.

Emboldened by the Black Lives Matter movement, small to mid-sized BIPOC theatres in Dallas have also formed an arts coalition with the goal of providing a vision and a platform for anti-racism and racial equity in the arts. From the get-go, organizations of color have provided grassroots support to under-resourced communities, distinguishing ourselves from the arts groups simply asking for relief funds to keep producing. BIPOC artists and arts groups are providing services that support public safety, health, mental health, youth development, academics and education, cultural skills, and communities.

More than two thousand arts leaders participated in anti-racist training during the second part of TCG’s national conference, Re-Emergence, in June, but righting the wrongs of decades of societal ills is personal and continual work. During many of the plenary sessions, we candidly discussed institutions that rushed to publish eloquently crafted statements in solidarity of the Black Lives Matter movement. For most of us, the gesture felt like lip service to political correctness and lacked genuine empathy.

We see you, white American theatre, when you select BIPOC to lead your artistic staff but don’t proactively build a board that supports their success. We see you when you tokenize BIPOC artists and pit us against each other. Scarcity is a lie! There is room for all of us. We see you produce plays by BIPOC playwrights only to create transactional relationships with our audience but close your doors when Black and Brown communities are in crisis. Crafting solidarity statements and being dormant in this moment is paradoxical. Let’s not professionalize racial equity. Dismantling structural inequities is a decathlon, not a sprint.

Crafting solidarity statements and being dormant in this moment is paradoxical.

According to a recent Culture Track survey, Americans want arts and culture organizations to become more active participants in their communities, and they want to see their communities better reflected in these organizations. These sentiments may have intensified in the weeks since the survey data was collected, in the wake of national protests against police brutality and systemic racism.

In 2008, shortly after renovations at BATC, I attended an arts symposium at the Latino Cultural Center with Michael Kaiser. The economy had just plummeted, we had this shiny new building, and the country was headed into a recession. I will never forget his words: “Sick people don’t get well by doing less. Now is the time to connect with your community.” That single piece of advice resonated with me deeply. My board members and I came back to the theatre and held several focus group meetings. We asked our stakeholders, “What are we doing that you’d like us to do more of and what programs would you like to see us implement?” 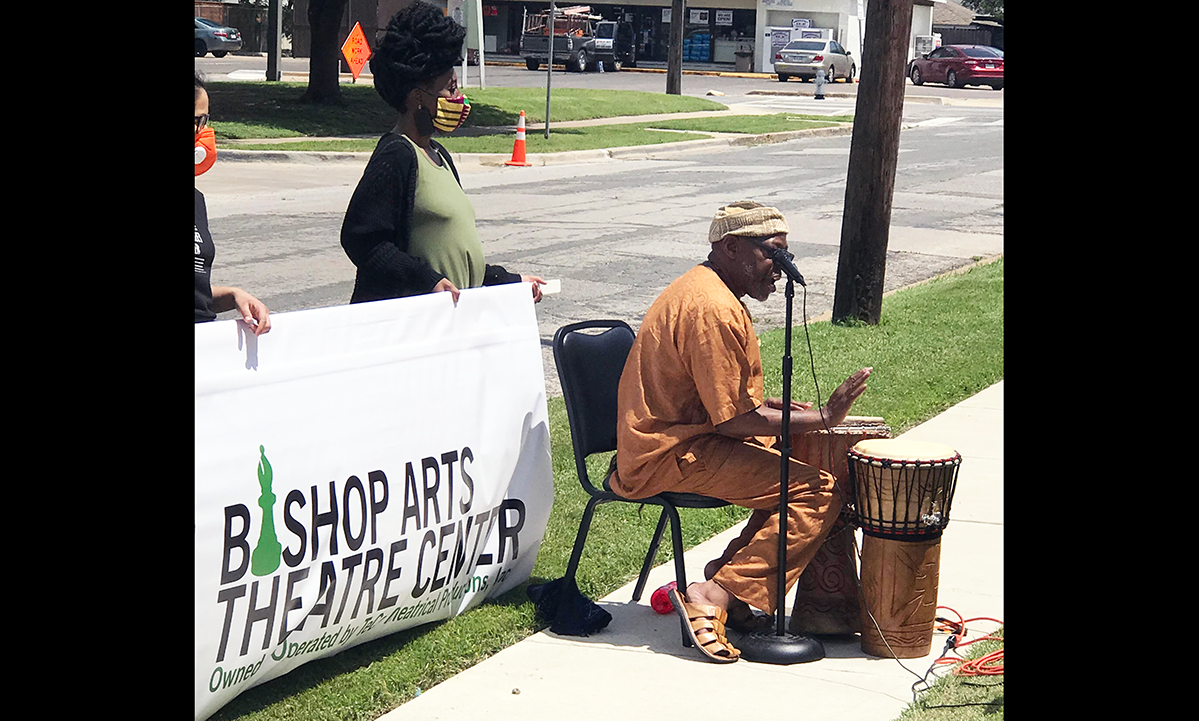 The advice that came out of those conversations informed our programming. We learned parents wanted a safe, productive place for their students to learn and grow during the summer months and during the extended workday, artists wanted somewhere to hone their craft, and several neighbors wanted a jazz series. Staying connected to our community was a lifeline then, and I believe those same values will see us through this global pandemic.

Ultimately, I believe the American theatre is going to be defined by who we were before the Black Lives Matter movement and who we are evolving to become during this time of civil unrest. This is a time for us to interrogate everything, and I’m here for it.

My pleasure Gail. Really appreciate the support. This is a time for deep personal reflection for all of us.

Thanks Teresa for this article. I always feel motivated after reading your pieces!

My pleasure Gail. Really appreciate the support. This is a time for deep personal reflection for all of us.