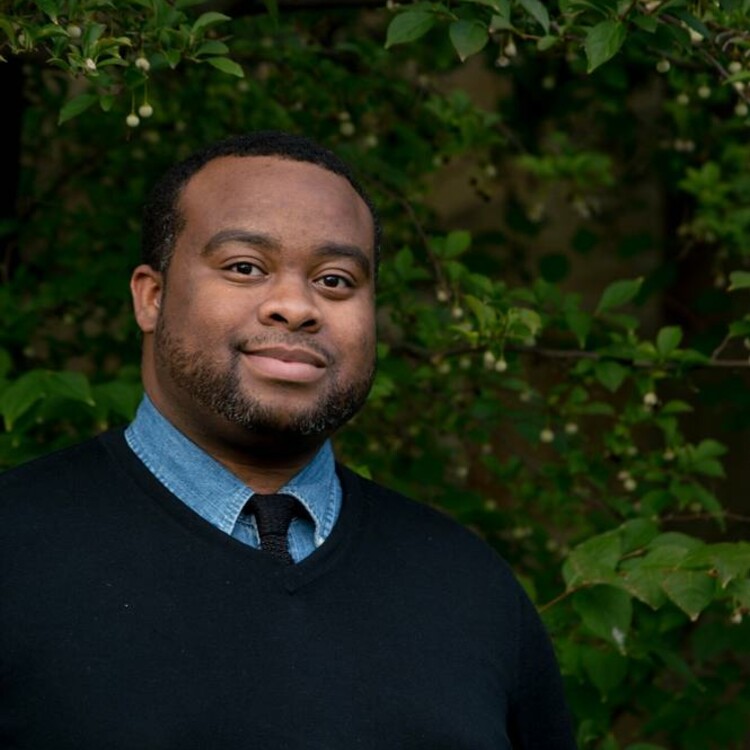 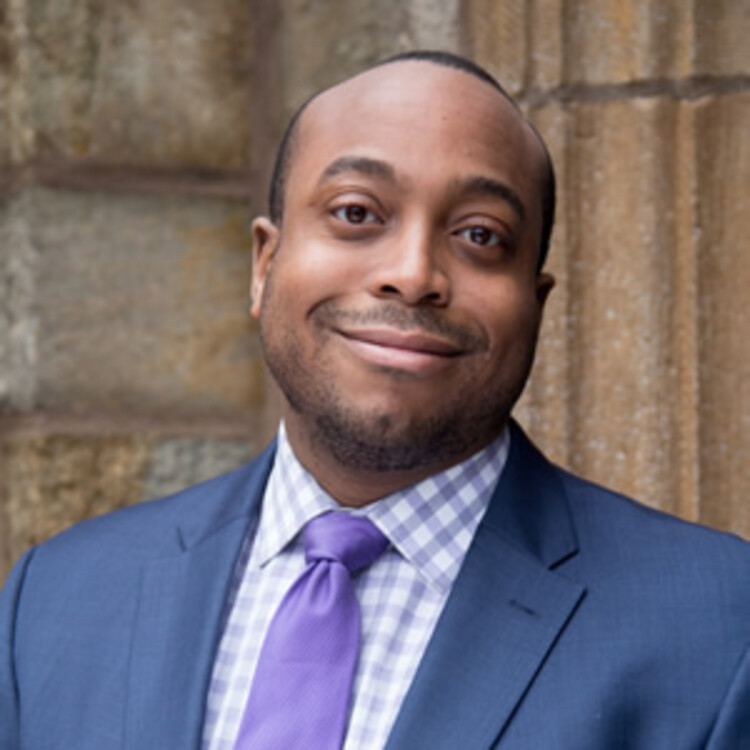 or, The Solidarity We Actually Needed

This past Memorial Day, an unarmed forty-six-year-old Black man was killed by a white police officer who restrained him by holding a knee to his neck for nine minutes. This Black man’s name was George Floyd. His name, along with the names of Breonna Taylor, Tony McDade, and Ahmaud Arbery, have been ceremoniously inscribed into signs, petitions, and social media posts, and commemorated in demonstrations, over the past few weeks. The continued racialized killings of Black Americans at the hands of white men and police officers is one of the few things a pandemic could not stop.

The day after Memorial Day was just another day in the American theatre. But for Black activists and theatre practitioners, something shifted seismically.

By Friday, theatres across the country had begun frantically wordsmithing their best attempts to speak out about Black Lives Matter.

How many of the people who authored those statements actually visited the Black Lives Matter website before posting is unknown. What is known, however, is that the stirrings of support statements coming from the American theatre community was too late and certainly not enough. 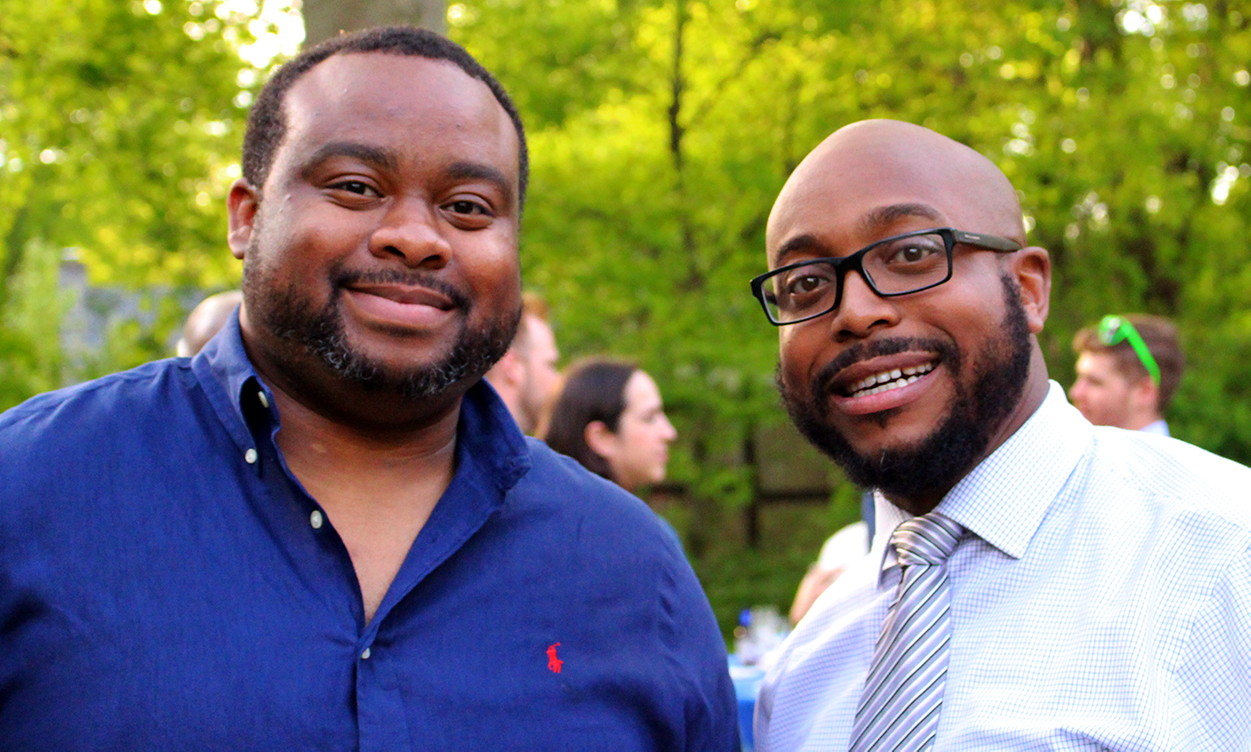 On Saturday, 30 May, producer Marie Cisco, in a coordinated effort with her collaborators, launched a now-famed Google spreadsheet that names all of the theatre institutions that had not made a public statement about Black Lives Matter. Marie, in a post on Facebook, stated: “When this is all over, we must remember who loves us ONLY when it profits them.” The list includes some four hundred–plus theatre organizations, tracking when and where their statements were posted, and there is also a column that qualifies whether the statement was “business as usual”—which is to say lacking.

By the following Monday, a tidal wave of statements of “solidarity” had poured in from regional theatres, Broadway shows, and corporations highlighting anti-racism and support for Black Lives Matter. The irony is that many of the Black, Indigenous, and people of color (BIPOC) working for these theatres were not centered, or even included, in the drafting and release process. The folks spearheading these statements must have consulted similar playbooks—as evidenced from the seemingly hollow sentiments used to acknowledge the protests, police brutality, and, maybe, racism.

While both of us—Black theatre managers working in predominantly white American theatres—appreciated many of the sentiments and affirmations shared from these theatres, we were both somewhat bereft, struggling with one question that eluded us in this newfound solidarity: Where have you been?

The folks spearheading these statements must have consulted similar playbooks—as evidenced from the seemingly hollow sentiments used to acknowledge the protests, police brutality, and, maybe, racism.

The conversation regarding change in the American theatre—the work often labeled equity, diversity, and inclusion (EDI)—has happened not only for the last few years but for several decades in various iterations not couched in comfortable acronyms. The civil rights movement and the regional theatre movement are not too-distant cousins, yet the aspirations of Dr. King’s table of brotherhood have almost exclusively been relegated to the stage—the programming of Black plays for Black—but predominantly white—audiences once a season, usually in February.

Executive leaders have been preoccupied with soliciting donors and foundations to pour money into training, EDI statements, reaffirming their values, coming up with EDI plans, and putting education programs in place to help train people of color to become leaders. Yet these same theatres have failed to commit to consistent training of their white board members and executive search firms, who are the designated gatekeepers in the pursuit of leadership.

In conjunction, there have been painstaking conversations about how to reform the system. Conversations, but not action. People of color have been shepherded into organizations, often as celebrated “diversity hires” in proximity to power to help make change. These same people of color arrive only to see their efforts fail, challenged, or co-opted by the institution to check a box. The problem that stems from diversity without equity or inclusion is a false expectation of lasting change without the system actually being challenged or reliable accountability measures being implemented. The box these statements failed to check: authenticity.

To the predominantly white theatres across the country, we ask you this:

Where was your statement when board nominating committees claimed they didn’t have the time to attend a workshop on EDI or anti-racism?

Where was your statement when you had the opportunity to promote or hire a Black leader and chose not to because they were not afforded the same privileges of “experience” as other white candidates?

Where was your statement when countless BIPOC departed your theatres and the field because the constant presence of microaggressions and oppressive, white supremacist culture that was too toxic for them?

Your silence was deafening. Where were your statements when Black people truly needed them?

What is unconscionable is that some theatres wish to act only when there is staggering evidence of racism and oppression rather than believe the lived experiences of their Black artists, administrators, board members, and audiences.

Now that theatres have finally decided to speak out, in a moment spurred by national and global crises, the resounding backlash and criticism has prompted the refrain: “Where are the receipts?” Of the many statements we consumed from theatres across the United States, so many neglected to put forward questions they were struggling with in their efforts to be anti-racist. If it had been us, instead of sprinting to draft a response, we would have pushed the leadership to consider how to use this time to frame an important question followed by an even more important and difficult discussion. We would have invited these theatres to consider what their Black staff members need right now. How is the individual theatre responsible? What has the leadership and staff done to shape and maintain an exclusionary culture in pursuit of what is supposed to be the public good? Did any of these theatres consider the Black staff they had to lay off and what they could say to those folks in this moment that could be truly authentic?

What is unconscionable is that some theatres wish to act only when there is staggering evidence of racism and oppression rather than believe the lived experiences of their Black artists, administrators, board members, and audiences.

If only our phones had been at the ready during the staff meetings and performance reviews where countless microaggressions and problematic behavior went unchecked. If only we had pressed record when wealthy board members, patrons, and donors approached us at predominantly white galas, mistaking us for catering staff or expressing shock at our actual titles. We remained silent not from a lack of courage but in the interest of self-preservation. The preservation of the Black community is a radical act in 2020, and we labor after it every day we enter predominantly white spaces and Zoom rooms as we complete our work. The people in power—mostly white, mostly male—have ignored our lived experiences and made a habit of underestimating our potential. We often hear people commiserate about why the system is so “broken” only to realize that it is not; the system works, but not for us.

Watching Black people die at the hands of white men and police is not the only incentive for theatres to act. The lives of Black people in these organizations, as well as artists and audiences alike, matter before they are put in jeopardy. Their lives matter every day they show up to the theatre and attempt to gracefully navigate the white supremacist culture the organizations have maintained for so long.

As two Black men working tirelessly in this field to survive and advocate for folks who look like us, the statements made by theatres across the country are inadequate and fail to implicate individuals in the organization who have maintained a silent stance on Black Lives Matter. Despite the urgency these theatres felt to release a statement before their name got called out on Marie’s list, we were not waiting on statements. We were—and still are—waiting on proof. We are waiting for acknowledgment to the harm done and an explanation from each theatre about how they plan to disrupt white supremacy culture in perpetuity. We are thankful, however, that theatres posted statements in this moment because it proved several things for which each theatre made excuses for in the past.

Theatres can take a stance on social issues. It does not take years and costly consultants to put together an institutional statement in favor of equity, diversity, and inclusion. Theatres have finally put in writing their attempts to make a commitment to all Black people. We now have something to point to when the institution is called on to do better.

These statements are only the beginning, and theatres will need to unlearn practices of white fragility and defensiveness that often follows BIPOC staff speaking their truth. These practices must be modeled at all levels of the theatre and in its relationships with its stakeholders. As two young Black theatre managers, we carry our advocacy into every meeting and facet of our administrative practices, which lasts well beyond the final curtain of the Black play that, for two hours, invites you, our non-BIPOC colleagues, to consider our humanity.

We are not interested in performative allyship. We will be here after the activism for Black Lives Matter is no longer in vogue. We invite all theatres to audit their relationships with Black people at their organization and to discern what it means to stand in solidarity with them. Do not ask us to sign off on empty promises and perform the additional emotional labor that is not addressed in our performance reviews. We have enough to worry about trying to survive another day in America.

Thank you for writing this and enriching us all!

Black theatre and film are already distinctive in their own right here in the US and globally. Stop defunding Black theatres. Support Black actors and theatremakers. They do not need prescriptions to be distinctive or to "raise standards" to be seen. This thinking is within the structural and systemic racism in American theatre today. We need to re-educate ourselves about African American theatre history, traditions, and culture to understand how Black theatre companies and programs had survived and/or were short-lived due to discrimination and harassment since the 19th century.

Has anyone asked for all black productions with all black creatives yet? I believe there is precedent for this work in work of Susan Sontag in Serbia 25 yrs ago.I had understood that she had the two sides perform each other’s ethnic plays. At the time I believed we should do this in the United States. 1993, I think. Exchange cultural identies.

All black productions in white theatres eg Gutherie, Oregon Shakes, Yale Rep, Trinity, Papermill, Williamstown etc, etc. For traditionally white/Brit/Shakespeare/Disney musicals. Also in response all white casts might perform black plays. Racial exchange. I don't think we will be able to see distinctions in black actors until we closley watch a great many black faces. This goes for tv and Hollywood films.

Thank you Kelvin & Al. I so appreciate this post and I'm sharing with other trustees.

Thank you for speaking up. I hope the theatres in this country will hear you and take it all to heart, because we are only made better by the changes that must come. For too long we only amplify the dominant pov.

Thank you both very much for writing and sharing this. It's already prompting some important conversations with my collaborators, especially about how we might engage with a potential future board.

Thank you, for all of this. Especially the invitation to put black people and relationship at the front of all our work going forward!

Thanks so much, Kim! The work only moves forward if we do it together.