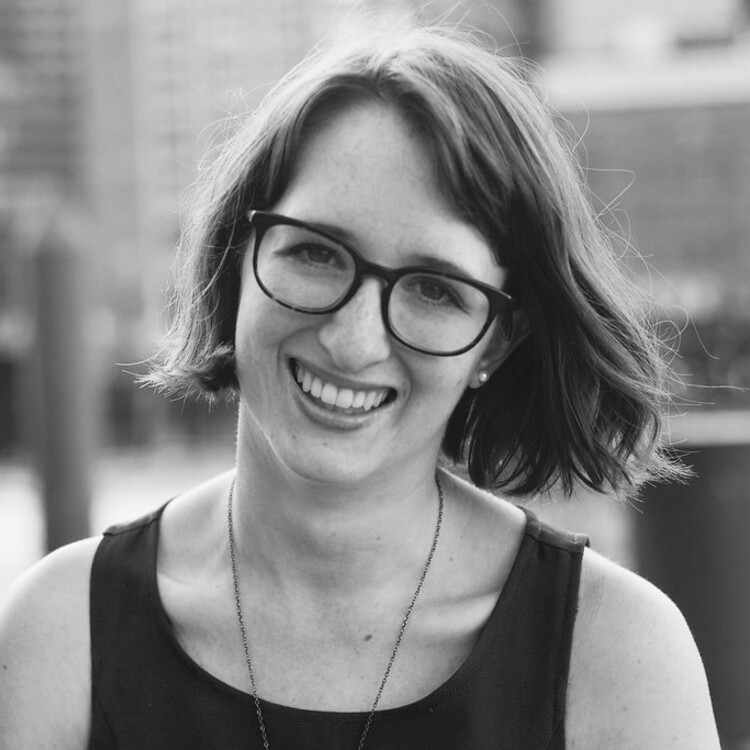 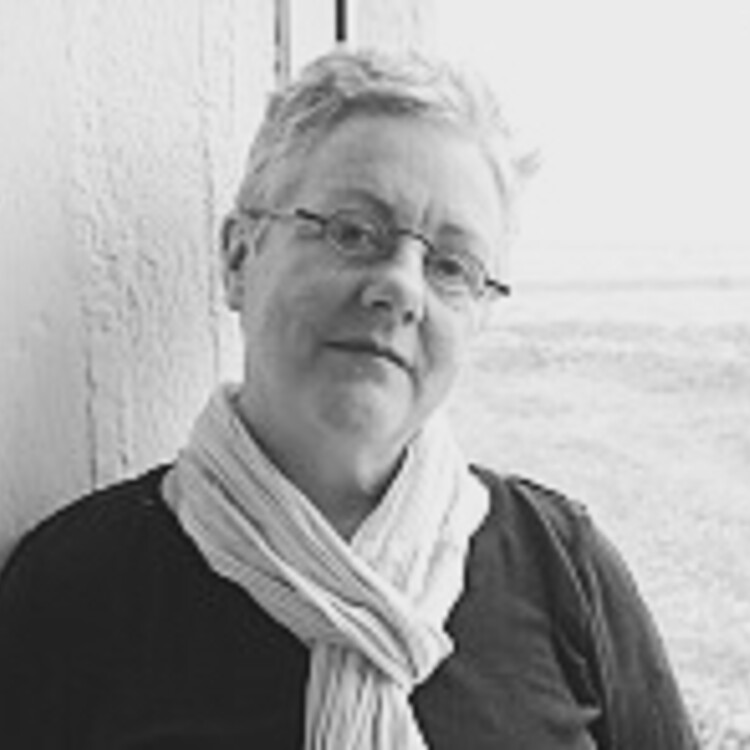 A conversation with director Garry Hynes

I had the privilege of sitting down with director Garry Hynes while she was in Boston, MA, with Druid Theatre Company’s production of Martin McDonagh’s Beauty Queen of Leenane at ArtsEmerson. Druid premiered the piece twenty years ago, with actor Marie Mullen in the role of Maureen, the adult daughter of Mag. It went on to win four Tony awards, including Best Director, the first time the award was given to a woman.

Ramona Ostrowski: What was the main reason you and your co-founders started Druid Theatre, and how have things changed since then?
Garry Hynes: Prior to 1975, there was no professional theatre outside of Dublin. We didn’t want to go to Dublin to get plays, we wanted Galway to make plays, so that’s why we said we want to stay here, we want to make the kind of thing we want to make. As a result, we were the first professional theatre in the country outside of Dublin, and we were the only professional theatre and entertainment available to the people of Galway and the West at that time. Now, there’s a civic theatre there that provides theatre and music 360 days of the year, so obviously our mission has changed. As Galway itself has changed, the work has changed.

I think every act of theatre is political, and should be. It’s a civic action; it’s a group of people in a live situation, in a room together, doing something. Is theatre a way of response to what is happening around us? Absolutely yes, and if it isn’t, why are we doing it, why are we bothering?

Ramona: What’s Galway like, for those of us who have never been?
Garry:Galway is beautiful—everybody says that everyone who goes to university in Galway or spends any amount of time there spends the rest of their life trying to get back. It’s the capital of an extraordinarily rich hinterland: to the west is the Gaeltacht, which is an Irish-speaking area including the Aran Islands, including, Inishmaan, which so inspired Synge, and to the east is the rich farmlands of Galway. It’s a university town, it’s by the sea, it’s bisected by the river Corrib, and it’s an extraordinarily rich place to make work.

Ramona: There’s been a lot of discussion in the US recently about the divide between the urban and coastal areas of the country, and the more rural parts, particularly in regards to culture and art in and about these different communities. Do you feel that divide in Ireland?
Garry: I do feel that in Ireland, and I think all first-world countries are suffering from the same problems, where there is such a rush to the cities, and then the cities tend to determine the tenor of national life. At Druid, we began to tour nationally from the very beginning, as soon as we established an audience in Galway. We go into small communities and use local halls, and for a night or two, we become their theatre company. There’s been a huge infrastructure build in Ireland for the last few years, which means a lot of the small market towns—not villages—have been bypassed, and it’s a real problem. For us, visiting those smaller communities is really important.

Next year we’re premiering a play called Flights by a writer from Ennis, which is one of those small towns, about that very issue: what is life like when you want to stay with the people and in the area you were reared, but there simply are no jobs. How do you balance that?

Ramona: Why did you feel like now was the time to revisit Beauty Queen?
Garry: The main reason and big trigger was Marie. We’ve had major hits that we’ve gone back to time and again, and obviously Beauty Queen is very important and very special to Druid, but I think the main reason is that Marie was now old enough to play Mag. When she indicated that this is something she wanted to do, it became almost inevitable for both of us and for Druid.

Ramona: What has it been like to be working with her again?
Garry: I have the privilege of working with her all the time. I worked with her first in university; we’ve have had this extraordinarily long relationship, over forty years. Obviously it involves some reminiscences, some telling of the war stories of the past, but for the most part it’s about what it’s about every time: it’s about getting the play prepared to go in front of an audience and making sure that it’s connecting with the audience. That doesn’t change whether you’ve done something twenty years before or not.

Ramona: Are either of you finding different resonances in the text this time?
Garry: There are obviously personal resonances in the text in the sense that two of our colleagues, Anna Manahan and Tom Murphy—very sadly Tom, because he was so young—have passed away. The play is a tribute to them, in that they created it originally.

I think that the essence of the play—the mother-daughter relationship, the issues of loneliness, the issues of migration and immigration—are at the heart, and unfortunately those issues continue to be, perhaps in slightly different ways, incredibly important now.

Ramona: I think the questions of immigration and migration will certainly resonate with a Boston audience this month, unfortunately.
Garry: For sure. It’s fantastic for us to be playing in Boston, because it was really immigrants from the west of Ireland who came to Boston. The rest of the country tended to spread out over New York and various other places, but the Aran Islands have a particularly strong connection with Boston. When I came here for the first time about thirty years ago I remember looking in a phone directory and seeing that there were more Hynes’ in Boston than in the whole Irish phone directory put together. It’s good to be here.

Ramona: What do you love about McDonagh’s work?
Garry: When I started reading, what struck me immediately was his ability to write dialogue. People think, don’t all writers write brilliant dialogue? But the fact is, they don’t. He is also is a marvelous teller of stories. He can tell a story in such a way as you’re getting exactly the right amount of information—not too little, not too much—that just brings you through the play so easily. Those are real skills, and the things I most admire about him.

Ramona: I want to talk a little bit about contemporary Irish theatre. We’ve published a few pieces about Waking the Feminists, which you’ve said woke the Irish theatre “from a comfortable—or uncomfortable—slumber.” Have you seen real change come from the movement?
Garry: Oh yeah, there’s no question about it. It was extraordinary. It was sort of like a mini revolution. The mass of the response to it, it was like everybody was going of course! So yes, it has affected real changes, right throughout the theatre industry. It’s changed the weather in the theatre industry in relation to women, and I’m very grateful for that.

It’s a tribute to the great leadership of people like Lian Bell and other people that it actually was sustained. It’s so easy to go viral for 48 hours, but it developed into something really fundamental, and something that has changed Irish theatre forever. That’s a tribute both to the need and to their leadership.

Ramona: Are there any particular Irish women writers you’re excited about right now?
Garry: There’s an early career playwright from the west of Ireland called Meadhbh McHugh whose play Druid premiered last year. Another particular to Druid is named Nancy Harris, who’s under commission at the moment.

Ramona: Do you have any advice for early career artists struggling to make work in a fractured political climate?
Garry: I grew up in the 1960s and 70s in a privileged position; I had a university education, and I took things for granted, in a way that things like Waking the Feminists have had to wake me up about. I may have thought differently last year, but the fact is that all of the old battles are going to have to be fought again and won again. We can take nothing for granted, and I thought we could. I thought things were just going to get better—maybe marginally, maybe too slowly—and that the worldview that I had was shared by others. With what’s happened recently, it’s clear that it is not. Common liberal values which have informed Western life since the time of the Renaissance are quite literally under threat. And I don’t for a second underestimate that threat.

Ramona: Do you think we should be making overtly political art?
Garry: I wouldn’t know how to distinguish overtly political art—I think every act of theatre is political, and should be. It’s a civic action; it’s a group of people in a live situation, in a room together, doing something. Is theatre a way of response to what is happening around us? Absolutely yes, and if it isn’t, why are we doing it, why are we bothering? Do we have an obligation to reflect what’s happening? Yes. Can we affect what’s happening? Yes.

Ramona: Is there anything you’ve always wanted to be asked in an interview, but that no one’s asked yet?
Garry: How do you like your martinis? No, I’ve probably been asked every question under the sun. And I like my martinis bone dry.

Thanks, lady!! So glad you liked it!

What a fabulous interview!!!! Just home from the play and wow is it resonating.

Thanks, lady!! So glad you liked it!

I saw "Beauty Queen of Leenene" at Steppenwolf years ago and really got into it.

And just hearing places such as Galway, Inishmaan, and The Aran Islands mentioned stirs my soul, even though I have (alas) never been closer than a Rick Steves PBS special. Perhaps there is some truth to the theory of genetic memories. (That, or I just listen to a lot of Irish folk music by some local groups!)

I also think that (virtually) all theatre is political.

Thanks for reading, Neal! "Beauty Queen" is an incredible show, isn't it? The audience I saw it with in Boston yesterday was incredibly vocal--gasps, "oh no"s, "no don't do that!"s, etc.